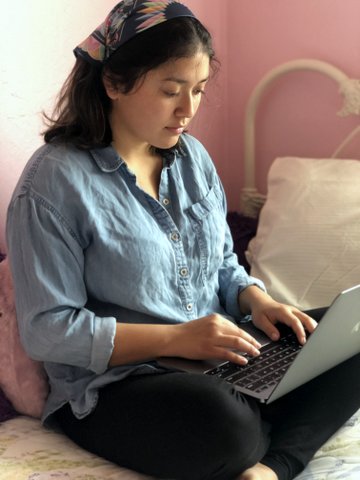 13 Jun Expect Hybrid Learning to Become the Norm This Fall

California students could end up learning at home some days and in school on others.

Students in face masks at all times.

Temperature checks at the school entrance.

A mix of in-class and online learning.

These are just some of the new protective guidelines released today to more than 10,000 public schools across California as they plan for a much different reopening in the fall.

State Superintendent of Public Instruction Tony Thurmond described the 62-page document as a checklist for schools to consider, however, the recommendations illustrate a number of drastic changes that will need to be made in order for students to return to their classrooms while practicing social distancing.

“We know this is just the beginning,” he said.

School districts are planning for the new school year under the financial stress of steep proposed cuts in state funding, which Thurmond and a group of education advocates have said would hamper schools’ ability to reopen if federal assistance doesn’t arrive to cushion the blow.

Most recommendations in the state’s guidance are already being considered by various school districts, but education officials are questioning their practicality — and whether schools have the necessary staff to operate socially distant schools.

About half of the state’s school districts do not have any school nurses, she said, and in Orange County where Kahn works, staffing ratios range from one nurse for 1,100 students, to one for 10,000.

“We simply don’t have the staffing to do this, and I don’t see it’s realistic,” Kahn said, noting that her group was not involved in crafting the state guidance. “Can you imagine 2,000 kids coming in the morning having to stand there while someone takes their temperature and gives them a questionnaire?”

The clock is ticking as school administrators try to organize their fall reopening plans with enough time for parents and students to understand the changes. But education officials have sometimes found themselves at odds over how to implement these safety precautions.

One group of Southern California school superintendents called similar recommendations for reopening by the Los Angeles County Office of Education unfeasible, saying that it will be very difficult to enforce social distancing among the state’s youngest students. Education advocates have said that the costs of reopening will likely mean both spending more on protective equipment for kids and staff and the personnel and staffing it will take to handle cleaning and reduce class sizes.

In virtual school board meetings across the state, school officials are mapping out a game plan and admit they don’t have all the answers.

They are asking themselves what they would do in the event that a student or staff member tests positive for coronavirus. They’re debating what supplies and protective equipment they’d need for students and teachers, poring through survey results from families, and analyzing what possible school schedules would look like.

One thing is known: The school day will be much, much different.

A student riding the bus to school would wait at their bus stop already equipped with a face covering. Once the bus arrives, there would be seating meant to reduce capacity – one option the guidance suggests is a “zigzag pattern” in which seating by row would be limited to one student on alternating sides.

Either on the bus or as they enter campus, the student would have their temperature screened with no-touch thermometers while answering questions from staff about whether they experienced any COVID-19 symptoms, and if anyone in their home has tested positive or has shown symptoms.

The student would be in class with a smaller group of classmates. Desks would be spaced six feet apart or more. Teachers too would wear face coverings. Everyone handwashes frequently.

During recess, schools might consider increasing supervision to make sure students are practicing social distancing. To avoid crowded cafeterias, the student would either eat their lunch in class or with their group of classmates under staggered lunch times.

Throughout the day, employees would clean and disinfect areas across campus.

Perhaps the most extreme measure, the state’s guidance anticipates schools would adopt hybrid schedules. That means students either attend school on select days of the week, or most weekdays under staggered start times and shorter hours.

“Many of our districts have surveyed their parents and have said that they would like to have the option for distance learning,” Thurmond said.

The state’s guidance also urges schools to consider plans for if and when campuses would have to temporarily close in the fall due to local outbreaks.