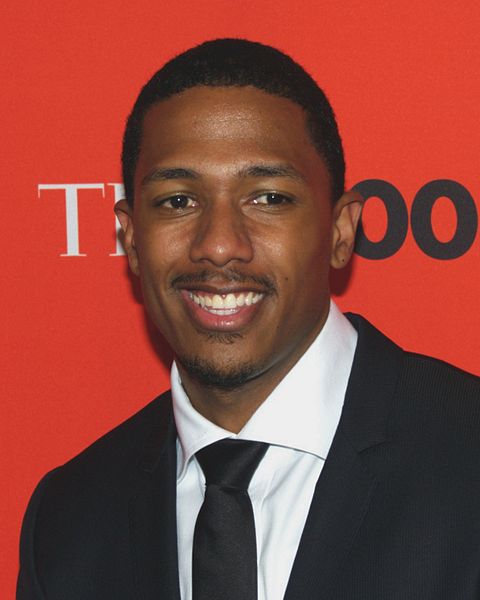 Posted at 11:03h in Commentary by Danielle Parenteau-Decker 3 Comments

Nick Cannon has been fired by ViacomCBS but not Fox after making anti-Semitic comments on his podcast. (David Shankbone/CC BY 2.0)

Early in July, Philadelphia Eagles wide receiver DeSean Jackson published a series of posts on Instagram referencing Louis Farrakhan, supporting the Black equity movement, and seemingly — inadvertently, according to him — going on an anti-Semitic tirade.

He falsely quoted Hitler, stating that Jews are on a quest for world domination and could only be stopped by the Black man’s reconciliation with our identity as the true children of Israel. Jackson was very quickly, and publicly, chastised and labeled anti-Semitic. He apologized to his team and to Jewish employees in the front office and was eventually fined by the Eagles.

That should be where this story ends, but sadly, it isn’t. A day or so later, former NBA player Stephen Jackson, posted a video on Instagram in support of DeSean, stating that he was only “speaking the truth” and “trying to educate others.” Stephen Jackson was also quickly labeled anti-Semitic and shamed across all social media.

As if this wasn’t enough, TV star Nick Cannon soon followed suit with comments on his podcast claiming that Jewish people have stolen Black people’s identity as the “true Hebrews.” He also said that Jewish ownership of dominant media companies was comparable to the Rothschilds, a banking group often cited in anti-Semitic conspiracy theories. He was quickly dismissed by ViacomCBS, the entertainment company he has had a working relationship with since his teenage days at Nickelodeon. Cannon has since issues several heartfelt public apologies, but the controversy lingers.

This series of events exposed multiple problems, but two things particularly stand out to me. First, it exposes how little some Black people know about Jewish people’s history of violent oppression, and, secondly, it exposes how radically far right some pro-Black rhetoric is getting.

Scrolling through Twitter after the stories and think pieces surrounding the videos were published, I was shocked and saddened by how many Black folks were replying with tacit endorsements and ignorant statements like, “he ain’t lying tho …” on Stephen Jackson’s post.

But he may be misinformed. Stephen Jackson eventually said that he doesn’t have any hate in his heart for Jewish people, but when asked to publicly say that Jewish people aren’t Black people’s enemies, he replied with the question, “You know that for a fact?”

And therein lies the issue. A lot of us view Jews as just another group of white people. And as such, view them as part of the white supremacist enemy. We see a few names in production credits, hear a few stereotypes, and many of us accept it as truth, giving no thought to the fact that the same people spreading propaganda against Jewish people are the ones spreading propaganda against us.

Because of the Jewish community’s proximity to whiteness, it makes sense to many of us that they would actively try and hold us down, until we realize their contributions to Black civil rights and liberation movements. There are Jewish people who have died for Black equity in the United States. People like Andrew Goodman and Michael Schwerner, early civil rights activists who were murdered by the Ku Klux Klan in Mississippi during the Freedom Summer of 1964.

I didn’t grow up with such suspicions of Jewish people. My father’s first wife, my older sister and my younger brother belong to a Black Jewish religious sect based in San Francisco called “Hebrews for Yhwh Elohim.” They don’t speak Hebrew or observe all of the same historical traditions as Hasidic Jews, but their teachings are rooted in that tradition. They also teach Black and African history, and of Judaism’s origins in Africa. They don’t teach hate for white Jews. You could say that they were indifferent to white Jews in a “they had their struggle, we have ours” kind of way.

The church isn’t like the Hebrew Israelites who stand on the corner and yell at people. It’s a small, quiet, observant community.

Some Saturdays, I would attend “community” with them in a small storefront gathering place in San Francisco’s Bayview-Hunters Point district. This congregation was led by Sister Yolanda Reed, and usually packed to the walls with its small but extremely close-knit community of faithful. This community operates in sort of a bubble, as part of, but not necessarily connected to, the surrounding Black community. And this is, in my experience, almost exactly how Jewish people exist within the white world. What a lot of Black people don’t know is that to many, Jewish folks are not considered “white.”

And despite skin tone, if your people’s history features years upon years of state-sanctioned, culture-based violence, propaganda and othering, I doubt you’d identify as akin to your oppressor. Much in the same way that Black people in America fortified their political power during the civil rights movement, the Jewish community responded to global anti-Semitism and the Holocaust by practicing group economics, and protecting and insulating themselves from further harm from white people.

I know many Black people have the same goals for our own oppressed community. Some of them are even taking active steps toward creating such realities for their networks and smaller communities. The people of Hebrews for Yhwh Elohim, for instance, mentor, tutor and help each other start businesses and find employment.

This leads me to believe that envy could be part of Black people’s attitudes toward Jews. I strongly believe that we as Black people need to educate ourselves on the struggles, oppression, revolutions and liberations of others. We have a lot to learn from the struggles of others. And we might better understand exactly who our enemies are and just as important, who they aren’t.

Today, I couldn’t even tell you the names of the most prominent people in this world, but many of my friends and family members still send me their content in Facebook messages. Based on what I’ve seen, the majority of the most popular circulated videos are hateful and harmful. They are riddled with homophobic and anti-feminist rhetoric. There are constant posts about the “gay agenda,” the “de-masculinization of the Black male,” and a lot of talk about “the Jews,” the “Rothschilds,” and their supposed world domination.

This trend is troubling for a lot of reasons, but what concerns me most is that these talking points are taken directly from white supremacist propaganda rags and websites.

It’s important to note that part of Black nationalist social media’s lean toward the right is the distrust and disenfranchisement with the Democratic Party.

But none of it is relevant to Black people and our continued quest for equity and liberty in this country.

I also worry that this moment of Black activism is being redirected from legitimate concerns of Black Americans into a paranoid conflict with Jewish Americans. The hypervigilance of the Jewish community mixed with the angry, unbridled expression of frustrated Black people is a perfect storm to detract from the real issues at the heart of the Black liberation movement.

We are being overloaded with emotionally charged, hateful rhetoric that does us no good. There is no historical context. No new ideas are presented, and only new enemies — never allies — are found. Black people need to realize how much the current anti-Jewish rhetoric on social media lines up with white supremacist talking points.

So please, Black people, the next time you want to go online and “educate yourself,” find someone who’s reading or contextualizing history. Find someone who’s leading breathing exercises, meditations, chants, etc. Find someone who’s talking about local politics and politicians, examining the pros and cons of policies, or specific politicians. Find things you can use, not just people who are trying to use you for engagement, money and to spread hate.

Or better yet: Get off social media and find yourself a book. It sounds obvious, but it’s the best way I’ve found to educate oneself.

In this case, I don’t need a book. I only have to look at my Black family, and my Black experience, to know that anti-Semitism is wrong.