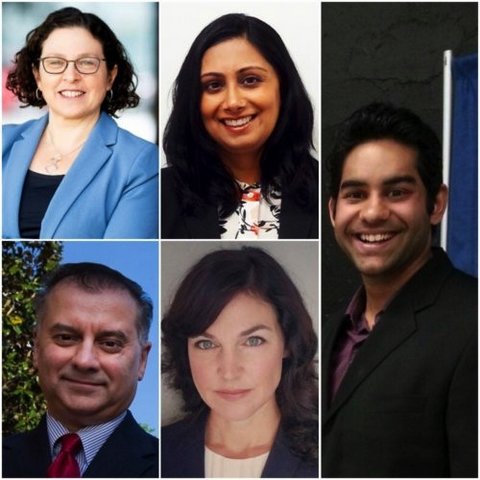 Posted at 14:40h in COVID-19 by Danielle Parenteau-Decker 0 Comments

SAN FRANCISCO — An estimated 28 million renters in the U.S. are facing evictions over the next three months, as states begin lifting their COVID-19 related eviction moratoriums.

In April, most U.S. states imposed some manner of shelter-in-place order to control the spread of the coronavirus, restricting most workers to their homes. Unemployment rates shot up to 14.7%, according to the Bureau of Labor Statistics. More than one-third of renters did not pay their rent that month, according to data from the National Multifamily Housing Council.

Many states enacted eviction moratoriums, banning landlords from evicting a tenant due to non-payment of rent. But as those moratoriums expire in August, 20 to 28 million renters are facing evictions, said Emily Benfer, visiting professor and director of the Health Justice Clinic at Wake Forest School of Law and co-creator of the COVID-19 Housing Policy Scorecard with the Eviction Lab at Princeton University.

The Congressional CARES Act, which provides 120 days of eviction relief for tenants in federally backed housing, is set to expire July 25.

“50 million renters today live in households that suffered COVID-19 related job loss or income loss. And 40% of that occurred in especially low-income households,” said Benfer, at a July 17 briefing on evictions, organized by Ethnic Media Services.

Other speakers at the briefing included Delegate Kumar Barve, of the Maryland state House of Delegates; Dr. Margot Kushel, director of the Center for Vulnerable Populations at the University of California, San Francisco; Nisha Vyas, senior attorney at the Western Center for Law and Poverty; and Akash Kalia, who in 2015 converted his father’s Santa Rosa motel into a shelter for chronically homeless people and veterans.

Black and Latino renters — who have disproportionately experienced COVID-19 job losses and deaths — are at highest risk for being unable to pay their rents, said Benfer.

Children are severely hit by evictions, Kushel said, noting that an abrupt loss of home can lead to disruptions in education and resulting mental health issues.

Kushel predicted there would be a 20 to 40 percent rise in homelessness as eviction moratoriums are lifted. She acknowledged state and federal efforts focused on people currently experiencing homelessness such as California’s Project Homekey, a $600 million state initiative to buy hotels and motels to house un-sheltered people.

“But this will be a drop in the bucket for people who are currently experiencing homelessness and will not address the new inflows into homelessness,” she cautioned, adding that permanent solutions require a dramatic increase in the number of affordable housing units, along with an expansion of rental support.

California is home to about 22% of the nation’s homeless population, with more than 150,000 people experiencing homelessness, according to 2018 data from the U.S. Interagency Council on Homelessness. 45 percent of California’s residents are renters.

Delegate Kumar Barve, who chairs the Maryland state House of Delegates Environment and Transportation Committee, sent a letter July 7 to Maryland Gov. Larry Hogan, asking him to extend the state’s eviction moratorium to Jan. 31, 2021. He noted that in a typical year in Maryland, a minuscule portion of the population faces eviction.

“If you up that to 10% or 15%, you suddenly have a problem. What we’re talking about in that instance would be a full scale social disruption,” said Barve, the longest serving Indian American legislator.

Misha Vyas of the Western Center for Law and Poverty discussed the lack of due process for tenants, who must file a response to their eviction notice within five days. Eviction lawsuits are fast-tracked: More than 75% are settled within 45 days, largely in favor of the landlords who are represented by attorneys, while the vast majority of tenants are not.

“The process is designed to be very efficient and to provide consistent results for landlords to be able to eject tenants and recover their properties. There’s often very little regard for the outcome of tenants,” said Vyas.

“Evictions have played a significant role in creating California’s affordable housing crisis and our homelessness crisis,” she said, noting that some extremely low income households pay 90% of their income in rent.

WCLP is co-sponsoring AB 1436 in the California State Legislature, which would create a process for tenants to pay back owed rent, and allow landlords to pursue unpaid rent via civil actions rather than evictions. The bill would also restrict negative impacts to a renter’s credit history after being served an eviction notice.

“We’ve talked about the eviction crisis as a tsunami, and that metaphor is intended to capture the magnitude of the crisis, but this is not a natural disaster. It’s a disaster of our own making. To prevent it, we need to advocate for meaningful governmental intervention,” said Vyas.

Kalia offered a path forward for the hospitality industry to bail itself out of the COVID crisis, which has left many hoteliers with empty rooms. The average homeless person costs a community about $80,000 per year, he said, noting that he has been able to house individuals for about $13,000 per year, including support services for mental health, substance abuse, and physical ailments.

“Hotel owners in California have the ability to salvage their livelihoods by really accepting this model,” said Kalia, noting that hoteliers can make use of Project Homekey funds to convert their hotels and motels into permanent housing for currently un-sheltered people.

“None of us know how long the hospitality industry is going to be hit. And this is a way for hotel owners to maintain their business viability and also provide a social good for the most vulnerable population,” he said.