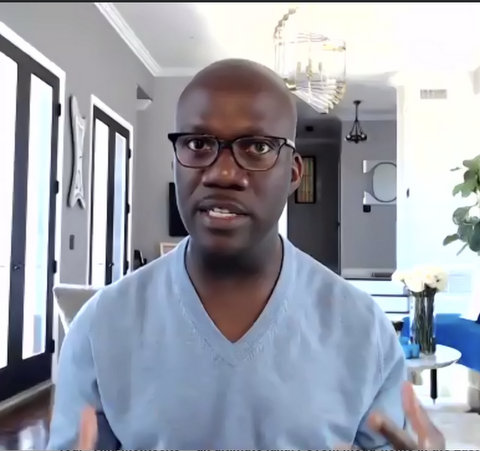 Schools across the nation are not anywhere near ready to reopen, whether for in-person classroom instruction or using distance learning, a panel of education experts said Friday.

“We’re headed for what could be a huge crisis,” said Pedro Noguera, dean of the USC School of Education.

Noguera’s comments came during an Ethnic Media Services media teleconference Friday on the readiness of schools and current efforts to solve issues of the safety of students, teachers and staff as well as financing and curriculum.

“Policymakers have realized that it’s impossible to restart the economy — if that’s even possible — without reopening schools,” he said. That would mean many children would have to be left home unsupervised while parents go to work.

>>>Read: Should I Quit My Job? California Parents Grapple With Education in a Pandemic

“There has been pressure put on school districts to open but without guidance coming from the federal government or the states,” Noguera continued.

Because of that lack of guidance, there is a hodgepodge of school districts’ attempts to solve safety and a wide variety of learning issues.

One big one — because of the likelihood many districts will use mostly distance learning — is a lack of internet access in many students’ homes, particularly in rural areas and among farmworker families.

“Latino children are particularly going to be at risk,” he said.

One proposed solution — using cell phones — won’t work for any kind of real learning, Noguera said. “It’s certainly not optimal. This might call for us to go back to old school approaches to education: getting kids reading, getting kids writing on paper with pencils. These approaches worked before we relied on technology, and they could work again.”

Shaun Harper, director of the USC Race and Equity Center, said that for the last month, he has been reviewing school reopening plans for K-12, universities and colleges.

“One of the things that has become painfully obvious to me is that many of these plans are entirely raceless,” he said. “A raceless plan for reopening is going to yield racially disparate outcomes.”

Harper also said that he believes schools should have trauma and grief support for students and employees who have experienced loss in their families and among friends. This is particularly important because of how much harder the COVID-19 pandemic has hit people of color.

“Students, teachers and employees of color are probably going to be more likely than their white counterparts to have lost a member of their family or a valued member of their community,” he said.

Mary Helen Immordino-Yang, also of the USC School of Education, said schools need to turn directly to their communities for help.

“We cannot expect that our leaders and our government will provide us with the guidance we need,” Immordino-Yang said.

“We know one of the best ways to come to thoroughly understand something is to teach it,” Immordino-Yang said.

>>>Read: High School Seniors On Their Futures: ‘The Doubt Is Overwhelming’

The panelists agreed a major stumbling block to reopening schools is the lack of adequate funding to address safety and lack of technology.

“There are a number of issues that can facilitate the ability of schools to at least open partially for some of the students,” Daniel A. Domenech, executive director of the National Association of School Superintendents said. “All of those require money.”

The cost of sanitizing schools, providing protective equipment for teachers, busing and other factors has been estimated to cost about $490 per student — for safety issues alone, Domenech said.

In addition, his association estimates that as many as 11 million children currently do not have a laptop or other adequate electronic device to engage in remote learning. Nor do they have internet access in their homes.

Domenech’s association and other national education organizations have proposed that Congress pass a $200 billion package to get schools up and running.

Three separate proposals working their way through the U.S. Senate and House of Representatives fall short of that dollar amount, he said.

“In order to bring any students into the schools, dollars will be required,” he said. “It’s critical that we push our representatives in Washington — Republicans and Democrats — to be sure that the money is coming.”