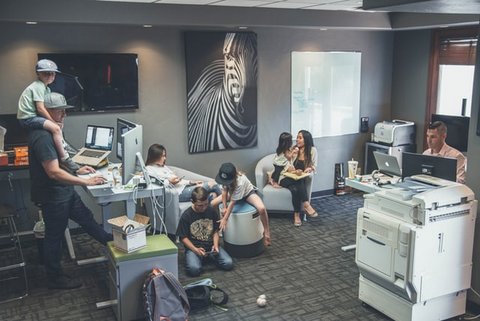 Posted at 10:00h in California, COVID-19 by Danielle Parenteau-Decker 0 Comments

It doesn’t sound like an idea that would generate much controversy in a statehouse dominated by Democrats: Should more California workers be assured they can return to their jobs if they take time off to care for a sick family member or new baby?

But a proposal to do just that has caused a major rift among Democrats in the California Capitol. As lawmakers enter the final week of the legislative session, it’s shaping up as a bitter fight and casting uncertainty on a key piece of Gov. Gavin Newsom’s plans to advance what he calls a “parents’ agenda.”

The schism between progressive Democrats and moderates who sometimes side with Republicans on economic issues has been a recurring theme in Sacramento for several years, as Democrats have seized complete control of the Capitol. But it’s come into unusually stark relief amid a pandemic that’s triggered a recession and strained relations between the Democratic governor and the Democratic-controlled Legislature. With businesses reeling from government-ordered shutdowns — and many Californians stressed from mounting caretaking responsibilities at home — the coronavirus has become an urgent argument both for and against expanding job protections for workers who take family leave.

That has complicated what should be the governor’s clear path to victory before the Legislature concludes for the year on Aug. 31. Though Newsom and legislative leaders reached an agreement months ago to increase job protections so that more workers can take family leave, moderate Democrats sympathetic to business interests have been working to block or dilute the plan.

“I would remind us that we’re in the pandemic of the century, and that our economy, during COVID-19, is a magnifying glass on our inequities,” said Assemblymember Joaquin Arambula, a Fresno Democrat who heads the Legislature’s informal caucus of centrist Democrats.

“I think we have to be very sensitive towards what we’re adding on to our small businesses, in light of us going through this pandemic.”

On the flip side, supporters of greater job protections say the pandemic has demonstrated the need for policies that allow workers to also help their families.

“In the time of COVID… it’s exactly the right time we should be doing this,” said state Sen. Hannah-Beth Jackson, a Santa Barbara Democrat who has been trying for years to expand family leave benefits.

Her bill — reflecting a deal Newsom struck with legislative leaders in June — would guarantee that more Californians can return to their jobs after taking paid family leave. It applies to companies with at least five employees, providing job protection for nearly 6 million more Californians than are covered by current law.

Newsom made national headlines for an interest in family-friendly policy last year, as he took office with his 2-year-old son perched on his hip. The governor said he wanted to make California the first state in the nation with a paid leave program ensuring all babies are cared for by a family member for the first six months of life. He set up a task force to examine how to achieve that goal, and pushed lawmakers last year to expand California’s paid family leave from six weeks to eight weeks.

Newsom says he’s confident the Legislature will now approve a law guaranteeing workers can return to their jobs after taking paid family leave, which is the top recommendation from his task force.

“We’re working hard to ensure it passes,” he said earlier this week. “I have all the confidence we’ll get it done.”

But it’s proving difficult. The bill triggered a testy debate in July in the state Senate between moderate and progressive Democrats — and ultimately passed with the bare minimum of needed votes.

Under California’s paid family leave program, workers pay about 1% of their salary into a fund that provides partial pay to those who take leave to care for a new baby or sick family member. But many workers who pay into the system don’t take the leave, because they risk losing their jobs if they do.

The rules are complicated: companies with at least 20 employees must guarantee workers their jobs back after a baby-bonding leave, but the requirement only applies to companies with at least 50 employees when workers take time off to care for a sick family member. That leaves more than 40% of California workers without job protection if they take time off to care for an ailing loved one, and about 25% of workers without protection if they want to take time off to bond with a new baby, according to research by the California Budget and Policy Center.

Jackson’s bill originally would have expanded job protection to all workers, regardless of the size of their company. But intense opposition from business groups, who argued that the requirement would hamstring small businesses, convinced legislators to limit the scope of the bill. It now gives job protection to workers at companies with at least five employees.

The California Chamber of Commerce and affiliated business groups have been lobbying to restrict it even further, calling the legislation a “job killer” that will leave companies short-staffed or cost them money for hiring temps to fill in. They also object to provisions they say will lead to more lawsuits from aggrieved employees.

“We are hopeful to either stop it or get some amendments to… mitigate the impact on small employers so that there is a balance of providing this leave, but not overwhelming small businesses at the same time,” said Jennifer Barrera, an executive vice president of the California Chamber of Commerce. “We’re definitely making the push.”

Arambula, the lawmaker who heads the caucus of centrist Democrats, said he would like to see the bill changed to apply only to companies of at least 20 employees. That would amount to just a small change from current law — providing job protections to more workers who take leave to care for a sick family member, but not expanding the pool of workers whose jobs are protected during baby bonding leave.

The next week will reveal whether he can convince enough Democrats to join him.