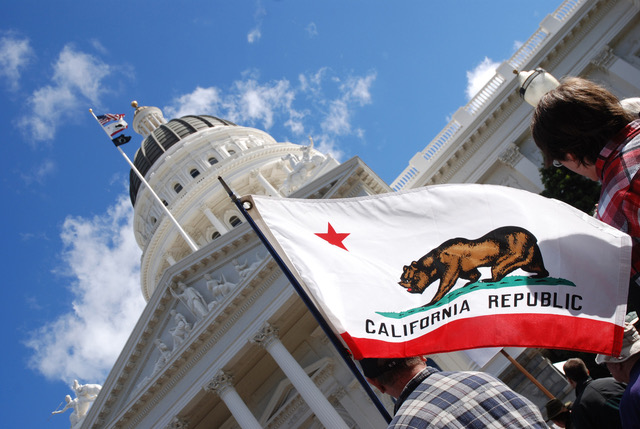 10 Nov Election 2020: Results Show California May Not Be That Liberal After All

Posted at 07:00h in California by Danielle Parenteau-Decker 0 Comments

California’s unofficial 2020 proposition results have shown an electorate that is fairly moderate, supportive of business interests and concerned about issues affecting older citizens.

It also showed that there is limited support for progressive policies. Initiatives a majority of African Americans and young Californians supported such as affirmative action and rent control also fell short.

Prop. 16, the ballot initiative to reinstate affirmative action programs in California, failed with 56% of voters voting no. The proposition would have allowed public universities and state and local governments to consider race, sex, ethnicity and national origin in their hiring, contracting or admission decisions. Although supporters of the proposition argued that it would increase racial equity in the state, it faced heavy opposition. With the no vote, affirmative action is still banned in California.

The most recent attempt at rent control also failed, with 60% of voters rejecting Prop. 21. The initiative would have allowed local governments to enact rent control on housing built over 15 years ago, while exempting landlords who own no more than two properties. Instead, California’s statewide ban on new forms of rent control will stay in effect, at a time when millions of Americans are struggling with rent or facing eviction due to the COVID-19 pandemic.

After months of high spending and heated debate, Proposition 22 passed with over 8 million yes votes, as of Nov. 8. Gig economy companies including Uber, Lyft and DoorDash are now exempt from AB 5, the California law that classifies workers. The companies will be allowed to continue classifying their drivers as independent contractors.

The Yes on 22 campaign received over $202 million in contributions, making Prop 22 the most expensive ballot initiative campaign in California history. According to Ballotpedia, the top five donors for Yes on 22 were Uber, DoorDash, Lyft, InstaCart and Postmates, with Uber and Lyft spending over $50 million each.

Voters also struck down Prop. 23, which would have required dialysis clinics to have at least one licensed physician on site during treatment. Opponents of the proposition had argued that the ballot initiative’s passage would force multiple clinics to reduce hours or shut down due to the increased hiring costs.

Voters said no to rolling back previous criminal justice reforms, rejecting Prop. 20 by the widest margin, with 62% of voters voting no on upgrading several crimes to violent felonies and upgrading some theft crimes to be chargeable as either misdemeanors or felonies.

Voters also rejected replacing money bail with a risk assessment system, with 55 % voting no on Prop. 25. Although it was billed as an attempt at serious bail reform, multiple social justice groups had concerns that the risk assessment system would lead to increased racial profiling against Black and Brown suspects awaiting trial.

Two propositions this year focused on voter rights. Prop. 17 passed with 59 % of yes votes, giving parolees the right to vote upon release from incarceration. With Prop. 17’s passage, tens of thousands of predominately Black and Brown parolees have regained their voting rights. However, Prop. 18 fell short, with 55% of voters saying no to allowing 17-year-olds to vote in primaries if they would turn 18 by the next general election.

In both of this year’s propositions related to property taxes, voters resisted tax increases. Prop. 15, which proposed an increase on property taxes for commercial properties to fund education and local governments, failed by a margin of about 425,000 votes as of Nov. 8. Prop. 19 passed, with 51 % of the vote approving tax breaks for property tax assessment transfers for homeowners over 55 years old, people with severe disabilities and victims of natural disasters.

Voters approved Prop. 24, to strengthen the California Consumer Privacy Act and establish and limit the use of sensitive consumer data among businesses. Also, Prop. 14 passed, approving the issue of $5.5 billion in state bonds to fund stem cell and other medical research.