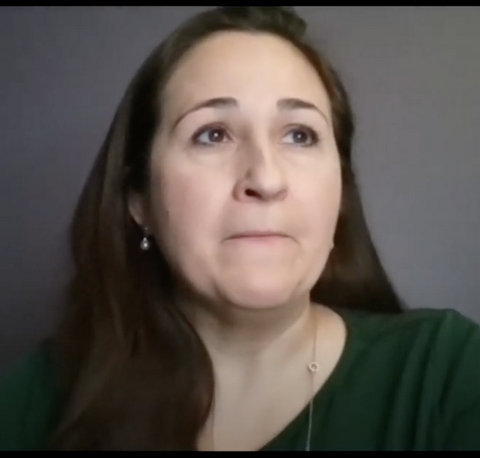 Posted at 11:47h in National, People by Danielle Parenteau-Decker 0 Comments

The majority of white voters in the 2020 election voted for the incumbent President Donald Trump, while a majority of Asian, Black and Latino voters cast their ballots for President-elect Joseph Biden, according to a study of exit polls, Ethnic Media Services reported Friday.

This analysis and summary were part of an EMS media teleconference titled “The Race Gap in the 2020 Elections.”

A panel asked, among other questions, how 74 million people could vote for Trump after his first term contained so much controversy and, often, rancorous racial statements.

“This, after four years when they have seen who he is,” said Arlie Russell Hochschild, a professor emeritus of sociology at UC Berkeley.

In Russell Hochschild’s study of surveys of Democrats and Republicans, she concluded that part of the answer is how far apart each is in understanding the other. Their wildly different perceptions of the actions of the soon-to-be former president are also a major factor.

“Not only do we disagree, but we don’t even agree on what we disagree about,” she said.

But Russell Hochschild said it’s also clear that many Trump voters believe that they are victims and that minority groups actually fare better than they do in many ways. She attributes some of this to being bombarded with media images of people of color who appear more successful than the Trump supporters are.

“They get their picture of reality, not just from Fox News but other places. And what they see there are all these people of color who are newscasters and weather people. And no white men anymore,” she said. “They see Black football stars and basketball stars getting multimillion dollar deals to advertise stuff. They think, ‘Gosh, those Blacks are really getting ahead.’ ”

This perception is also probably reinforced by experiences in schools they attended — or where their children are now attending — where clubs and organizations are set up for minority groups. She also believes there is a strong sense among many Trump voters they are falling behind economically.

“There’s a sense of being left out. They kind of feel like a minority group themselves that is in decline,” she said.

Much of what Russell Hochschild said was echoed by Mindy Romero, director of the Center for Inclusive Democracy at the University of Southern California.

“We are talking past each other,” she said.

But Romero emphasized that it is a mistake to say half of Americans voted for Donald Trump in the last election. She noted that 85 million eligible voters chose to not to cast ballots. Of those who did vote, 31% voted for Trump, 33% for Biden.

“Those who did vote in 2020 were, as a group, not representative of the U.S. population,” she said. “It is older, whiter, wealthier and more educated. Whites are always overrepresented.”

She also noted that in relatively “blue” California, among white voters, Biden only outpaced Trump by 4%.

Davin Phoenix, a political science professor at UC Irvine, said his studies show that people of color react differently to many political issues. They are much less likely than whites to contact their congressional representative directly, for example.

“They are much less likely to react with anger over politics too.”

People of color are more likely to direct any political ire at what they perceive as an unfair system and not toward individuals, he said.

Phoenix believes the road to the unity preached by the Democratic President-elect Biden will be a much steeper climb than simply reaching across the political aisle to Republicans.

“This is more than polarization. This is a striking threat to democracy,” he said.

“We are a two-party system. And if one of those two parties is fundamentally opposed to majoritarian rule, we have problems that I don’t think our typical ways of thinking about party politics equip us to answer.”