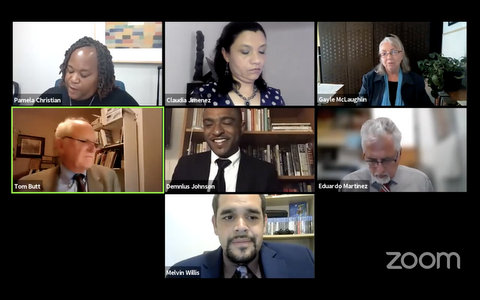 The City Council voted 6-1 Tuesday to adopt an ordinance meant to deter harassing behavior by landlords and give residential tenants legal recourse when subjected to harassment.

The ordinance, which will take effect in 30 days, builds on existing protections given to tenants under local, state and federal law to prohibit tenant harassment in all rental units, including family residences and condominiums. The Richmond Rent Program reports that one-third to one-half of counseling sessions involve landlord harassment of tenants, according to the staff report. Based on the program’s average number of counseling sessions, this equates to roughly 150 to 230 cases of residential tenant harassment each month.

In conversations with tenants, council member Melvin Willis said he repeatedly hears complaints about threats from landlords and the COVID-19 pandemic has only worsened the issue. Willis also called the state law on anti-harassment “vague,” which he said reinforces the need for the ordinance.

“Folks talking about that they’re scared, losing sleep at night, families having anxiety attacks and wondering if they’re going to look for another place or live in Richmond anymore,” Willis said.

Council member Gayle McLaughlin echoed Willis’ comments and pushed for the ordinance to avoid unnecessary displacement and increases in the unhoused population.

“It is very important that we pass this ordinance to protect our tenant community, which makes up more than half of Richmond residents,” McLaughlin said.

Mayor Tom Butt, the sole vote against, said his concern with the ordinance was its redundancy with state law. Butt added that the council should help people receive relief from the harassment instead of “passing another meaningless city ordinance.”

“None of us want to see tenants harassed, but that’s not what this is about,” Butt said. “It’s like if one law is good, then two laws are twice as good.”

Tenants facing landlord harassment should reach out to Richmond Rent Program by calling (510) 234-7368 or emailing rent@ci.richmond.ca.us. The city of Richmond also has a web page dedicated to rental assistance resources.

Examples of Bad Landlord Conduct Against A Tenant

— Influencing or attempting to influence a tenant to vacate a rental unit through fraud, intimidation or coercion

— Threatening the tenant or their guests, by word or gesture, with physical harm

During her weekly report to the council, Police Chief Bisa French provided a recap of the illegal fireworks from over the holiday weekend.

The police department had a team of 16 officers that worked a special detail to address fireworks and related calls on the Fourth of July. French also said she chose to work because of the department’s understaffing but “was not prepared for what she encountered.” Richmond’s dispatch center received 877 calls from 6 p.m. July 4 to 6 a.m. July 5, with 307 of those calls being fireworks-related, according to French.

“I could tell you we would not have been able to stop all the fireworks if I had the entire department working,” French said.

“This has been an ongoing issue,” French said. “If you look at the history of the last seven years, the calls for fireworks service have increased year after year.”

French said other cities, facing similar issues, issue “fines after the fact” and “work with code enforcement because the “police department cannot address it on our own.”

At the next council meeting, Mayor Tom Butt will propose a change to a city ordinance that would allow for further enforcement against fireworks.