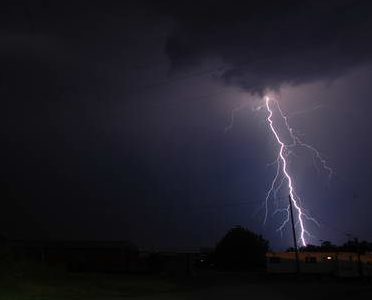 Posted at 10:40h in Uncategorized by Danielle Parenteau-Decker 0 Comments

By Junyao Yang | This story was originally published by Richmond Confidential and has been reproduced with permission.

Madalyn Law knows how to keep the food in the refrigerator from going bad when the power goes out. She learned the hard way.

Living in Richmond’s Park Plaza neighborhood, Law has experienced four power outages over the past four weeks. To keep her food from spoiling, she “did it old school” by not opening the refrigerator door too often.

“I have never experienced outages like this, and I’ve been here for 42 years,” Law said. “The scary part is, they appear to be getting longer and longer.”

Light rain last weekend led to 94 episodes of power outages in Richmond in four days. Over the past month, Richmond has seen 269 power outages, with nearly 70% triggered by weather conditions such as rain, fog and lightning. At the peak, more than 15,000 customers in the East Bay were affected, according to PG&E spokesperson Tamar Sarkissian. The power outages have left many Richmond residents in the dark for hours, even days.

The Braxtons, for example, lost power on Sunday and again on Monday. Power outages that lasted for more than 10 hours upended the family’s lives three weekends in a row in July. The lengthiest ran for 36 hours. The family eventually bought a back-up generator.

Kara Braxton lost a catering job on July 31 because the power went out at 6 a.m. and the outage lasted for 14 hours. She had been working on the menu for a month, but couldn’t prepare the food without electricity. Braxton, who also is a flight attendant, lived briefly in Philadelphia and then in Atlanta for 14 years, but never saw lengthy power outages in those cities.

She was awakened by her dog when lightning struck on Sep. 10. And though the storm only lasted about an hour, it knocked out her power.

The National Weather Service tweeted that there were at least 110 cloud-to-ground lightning strikes in the Bay Area that day and “Too many cloud to cloud flashes to count.”

Some residents have received alerts from PG&E about the outages and others say they have not. Margarita Mitas, who lives in the Marina Bay area, said the alerts  come with no indication of how long it will take to restore power.

“They never tell you how long, they just give you a time frame of hours,” Mitas said.

Madalyn Law said it’s frustrating to call PG&E only to get a recorded message that doesn’t mention when the electricity might return.

“I don’t know about other folks, but I’d like to have a timeline so I can figure out what I’m going to do,” she said.

Sarkissian said in an email that during the dry season, dust, dirt and other substances accumulate on power lines.

“When the first mist or rain arrives after a long dry spell, it turns this mixture into mud, which conducts electricity,” Sarkissian said. “This can damage electrical equipment, resulting in outages and pole fires.”

PG&E washes the lines, but given its coverage area, that takes a lot of time,  Sarkissian said. She would not say how many of Richmond’s outages extended beyond five hours or the length of the longest outage.

Unlike Richmond, other nearby cities such as Oakland and Berkeley are not experiencing frequent outages. Berkeley Public Works Director Liam Garland said he “wasn’t aware of any particular outages in the past month.”

Sarkissian said Richmond isn’t comparable to those cities in size, weather patterns, type of industry and other factors.

Richmond Mayor Tom Butt said in a recent newsletter that the city was requiring an individual permit for each pole that the utility company washed, which slowed down the process. He said a PG&E official told him that other cities typically issue a citywide permit to wash down all poles.

Last week, Richmond granted PG&E a citywide pole-washing permit. The work will continue over the next couple of weeks.

On Tuesday, the City Council directed staff to ask PG&E and the California Public Utilities Commission to make a presentation in October or November and outline their plans for preventing outages.