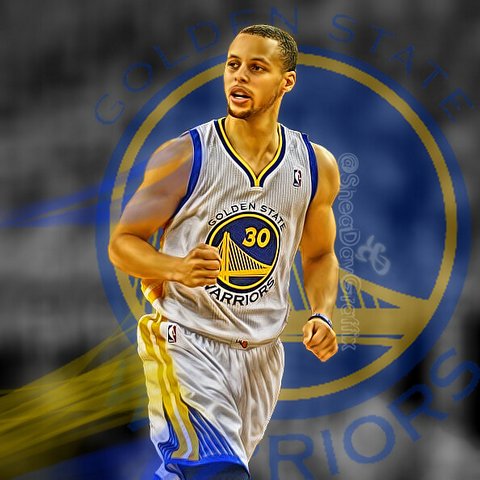 Stephen Curry of the Golden State Warriors on Tuesday broke the record for most three-pointers in NBA history, passing Celtics great Ray Allen and adding another notch on the belt of his claims as the greatest shooter of all time.

Curry entered Tuesday’s game with 2,972 three-pointers to Allen’s 2,973. He tied and broke Allen’s previous record in the first quarter of a 105-96 win over the New York Knicks.

As of Wednesday, Curry has 2,977 threes on 6,903 shots from beyond the arc, meaning he has made 43.1% of his three-point attempts. It took Curry 789 games to pass Allen, a Hall of Famer who played exactly 1,300 games. Curry’s shooting ability has some speculating he might make the record unbreakable.

The milestone — considered a formality and inevitability by many NBA experts — is one most long-suffering Warriors fans can say they never imagined would happen to a franchise that at one time was considered one of the more dysfunctional in the league.

The Warriors selected Curry out of Davidson College with the seventh pick in the 2009 NBA Draft. Many fans questioned whether the selection would make any difference for a team not known for making solid draft picks and whether Curry’s collegiate prowess would translate to the pro level.

Questions persisted when Curry’s first seasons were filled with nagging ankle injuries before the Warriors offered him a four-year extension in 2012. The rest, as they say, is history.

Curry proved the doubters wrong and, in true East Bay fashion, sparked a movement that made Oakland the center of the basketball world in the 2010s, especially in the last half of the decade. From 2015-19, the Warriors made the NBA Finals every year and won three titles.

>>>Read: Warriors Fans, Yet Again, Light Up the Town

Those three championships with Curry as the cornerstone solidified this era of basketball in the Bay Area and beyond. If it weren’t for Curry revolutionizing the game from the three-point line, basketball fans would still be in the dark ages of the big man.

Don’t get me wrong, I remember and enjoyed the period when players like Hakeem Olajuwon, Shaquille O’Neal and Dikembe Mutumbo — all at least seven feet tall — dominated the game, using their size to power and finesse their way to the hoop.

Yet Curry, representative of the innovative nature of the Bay Area, has defied the odds often associated with the sport through the accuracy of his 2,797 three-point shots made.

Curry’s slender, 6 foot 3 frame wouldn’t compel you to think of him as dominating in the way his historic feat Tuesday night at basketball’s Mecca — Madison Square Garden in New York City — would suggest. Yet all who know what the milestone means were already aware of the impact he has made on the game.

Stephen Curry is officially the greatest shooter this game has ever seen 👏 pic.twitter.com/BmEhQFcJDH

“He has revolutionized the way the game is played and continues to leave fans in awe with his amazing artistry and extraordinary shooting ability,” NBA Commissioner Adam Silver said in a press release. “We congratulate him on this historic achievement.”

For Bay Area basketball fans, the milestone shows the resilience of a player now synonymous with the region — first in Oakland and now in San Francisco but always for The Bay.

Now, many consider Curry to be more representative of the area than players like Jerry Rice or Joe Montana who were, at one time, considered the gold standard of Bay Area athletics.

Bay Area sports overall has often been looked in terms of the dichotomy of the relationship between San Francisco and Oakland. In baseball, there are the Giants the and A’s. In football, there were the 49ers and the Raiders, though the latter have since left.

Yet in basketball, the Bay Area has always been unified by the Warriors. Even now, with the team early in its era in the recently erected Chase Center in San Francisco, the soul of the East Bay lingers in the franchise so long as Steph Curry is on the team.

The 2019-20 season showed just how important Curry is to the team. A broken hand kept Curry out for all but five games before the season was suspended in March 2020. The Warriors were not invited to play in the so-called pandemic bubble and finished with a 15-50 record, worst in the NBA that season.

Optimism persists this season. Curry has led the team to an NBA-best record of 23-5 through Wednesday, and many experts believe this team has a definite shot at adding another title. Tuesday’s achievement is just one more step in that journey of trying to bring another championship to The Bay.