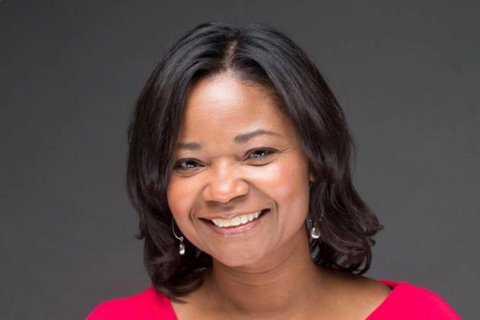 Posted at 07:45h in Economy, National by Danielle Parenteau-Decker 0 Comments

“I’m of the mindset that if somebody’s standing in line for food, they, in fact, need it,” said Loree Jones, CEO of hunger relief organization Philabundance. “And of the mindset that we should find a way to make it easier for people to have their very basic needs met in this country.” (Photo provided by Ethnic Media Services)

In December, that CTC expansion expired.

The expansion had made more families eligible for the credit and provided monthly payments. Reversing those measures will have serious consequences, a panel of speakers said Jan. 7 in an Ethnic Media Services’ sponsored discussion.

“The Child Tax Credit would revert to providing the least help to the children who need it most,” said Claire Zippel, senior research analyst on the income and poverty trends team at the Center for Budget and Policy Priorities.

With the expiration of the expansion, Zippel said, “27 million children would lose access to the full credit, and also, families that rely on the monthly payments’ extra help would have significantly less money for everyday essentials.”

More specifically, she said the vast majority of families who make less than $35,000 a year “spend some or all of their monthly Child Tax Credit payments on the basic necessities that every family needs: food, housing, clothing, utility bills and education.”

Without the expansion, the poorest families aren’t just losing those monthly payments; they are in danger of losing the credit entirely.

Zippel said the expansion “fixed a design flaw in the credit where 27 million children didn’t receive the full credit amount because their families earned too little.”

Yes, too little. Families could be too poor to receive this financial help, which they sorely need.

Information on the Internal Revenue Service website from 2019 said “taxpayers must have earned income of at least $2,500 to receive a refund.”

Loree Jones, CEO of Philabundance, a hunger relief organization that helps people in need in Philadelphia get food with no questions asked, explained how difficult things are for people in extreme need of help.

“Imagine how tough it is for somebody who is already having trouble putting food on the table to then have to go through this other hoop, this other barrier,” Jones said. “Let me prove to you how poor I am, how challenged I am, how tough things are for me — just to get the help that I need.”

She said that in response to a briefing attendee who questioned why someone wouldn’t be willing to answer any questions or do anything asked of them if they truly needed food.

Jones rejected the notion that such barriers are needed to make sure people don’t take advantage of the system.

As things are, trying to get help can be demeaning, depressing and just not feel worth the effort in the long run.

“A safety net is not a sustainable solution,” Jones said.

“It’s kind of like we’re winning the battle and not winning the war,” she continued, referring to trying to help struggling families but not being able to improve their situations. “Systematic change, ongoing support like the Child Tax Credit and increases to SNAP are a more sustainable strategy.”

Organizations like Jones’ have been especially needed during the pandemic, which has lowered incomes and increased food insecurity.

“The pandemic increased food insecurity among families with children and communities of color,” she said. “Those families were already facing hunger at higher rates before the pandemic.”

And these families may need help but unable to get it. “Many households that experience food insecurity do not qualify for federal nutrition programs,” Jones said.

When people need help from the government just to get by, the refrain from some people is “Get a job” (or, get a better job). But that is not necessarily enough.

Jones cited a single mother of two kids with disabilities — a client of hers — as an example.

“She works as a constituent services staffer for a government official in this area but still needed the Child Tax Credit to supplement her income,” she said.

That situation is not unusual.

“The reality is, not just during COVID but even pre-COVID, many of the people that are accessing the social safety net are the working poor,” Jones said.

During the discussion, Zippel addressed the credit expansion’s impact on child poverty and the racial wealth gap.

“The Child Tax Credit cuts poverty for children of every racial and ethnic background,” she said. “It’s also projected to narrow the difference in poverty rate, especially between Latino and white children and between Black and white children.”

President Biden’s Build Back Better plan would extend the Child Tax Credit expansion through 2022. It was passed by the House in November and then moved to the Senate, where its chances of passing without significant changes are slim.

Democrats and Independents who caucus with them hold the narrowest of majorities in the Senate, with only Vice President Kamala Harris giving them a numerical edge.

So with Republicans, by and large, firmly opposing Biden’s agenda, Democrats need to be in nearly complete agreement to pass legislation. They are not in sync when it comes to Build Back Better.

The panelists pointed to Democratic Sen. Joe Manchin of West Virginia as an obstacle.

He “has raised numerous concerns about the CTC,” said Michelle Dalafior, who directs the Children’s Budget Coalition.

Manchin has said “we should go back to having an earnings test … expressed opposition to the monthly payments, which we’ve been hearing about how important they are to … make ends meet,” Dalafior said. “And then, he’s also suggested lowering the income limits in terms of accessibility and eligibility for the credit.”

Manchin has also said he will not support the Child Tax Credit without a work requirement.

The senator said Build Back Better was “dead” speaking to reporters Tuesday, later clarifying that he was referring to the “whole big package.”

He has said he would consider supporting a pared-down, cheaper version with only some of the legislation’s original components such as reducing pharmaceutical costs and increasing taxes on the wealthy.

Manchin apparently is not the only Democrat holding the bill up in the Senate.

Arizona Sen. Kyrsten Sinema in December gave a noncommittal answer when asked by CNN if she would vote for Build Back Better and would not say what changes she would want to see made to the legislation.

Talks could be further held up as Senate Democrats turn their attention to other pressing matters, chief among them the upcoming confirmation of a Supreme Court nominee following Justice Stephen G. Breyer’s announcement that he plans to retire.

If an amended version of Build Back Better does pass the Senate, it would need to go back to the House to be reapproved before it could make its way to the president’s desk.

In the meantime, eligible families can still get funds from the government by claiming the Child Tax Credit on their tax returns. That applies both to families who received the monthly payments and those who didn’t because they didn’t know they were eligible.

>>>Read: Tax Season Is Here. Here’s How to Prepare

For more information, check the updated information released Monday by the Internal Revenue Service on the Child Tax Credit for this tax season.