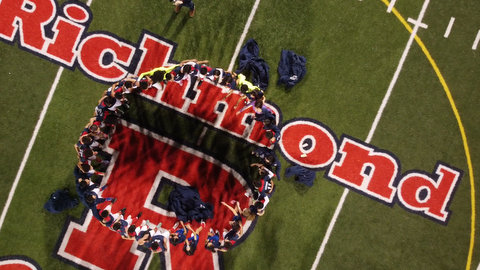 Posted at 11:50h in News, Sports by Danielle Parenteau-Decker 0 Comments

Huddled at the center of the Richmond High School stadium after their Tri-City Athletic League title wins Thursday night, the Richmond boys’ and girls’ soccer teams chanted the letters of their school name.

“One last time, together,” a Richmond boys player was heard saying joyously as the groups formed a circle.

Hours earlier, the girls showed off at home, defeating Jesse Bethel High School 7-0 in the TCAL-Stone league finals. Then, the boys held their first-half lead against El Cerrito High School and came out on top 2-1 to win the TCAL-Rock title.

Both teams now move on to play in the North Coast Section Division II starting Tuesday.

The third-seeded Richmond boys will play the first round at home against Windsor High School, the 14th seed, Tuesday at 7 p.m.

“It is a blessing to play at home,” Richmond boys goalkeeper Diego Albarran said. “We do it for Aceiteros, us Oilers.”

The Richmond girls, who are seeded 16th, will travel to face the top seed, Redwood High School, Tuesday at 3:25 p.m. 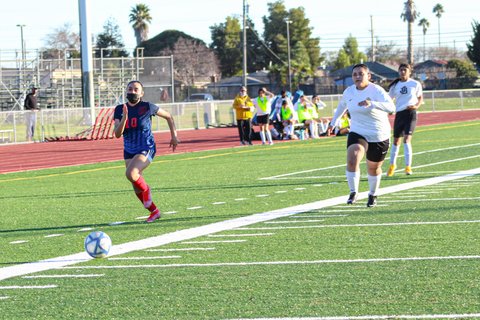 The girls are also the only team since then to have zero losses in league play throughout the season.

“I expected us to win TCAL because this team was actually doing really well,” midfielder Ashley Jimenez said of her expectations at the beginning of the season.

The Richmond girls had to shake off a 2-4 record in the first weeks of the season. They went on a four-game winning streak against league opponents starting in their seventh game.

At some point before that, the girls started taking practices more seriously and bonded as a team because of it, Jimenez said. 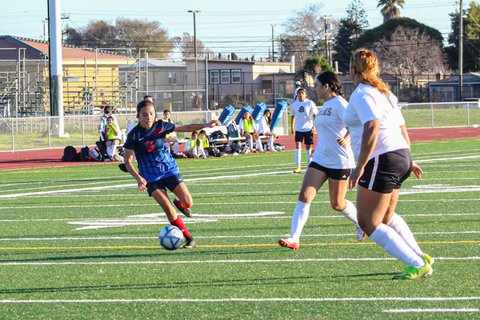 As the TCAL playoffs approached, the pressure of knowing they were expected to win did go through their heads, defender Ruby Delgado said.

The challenge was to keep their cool, play their game, score and win. And score they did. The Richmond girls scored an average of five goals per game, while only allowing an average of one per game.

Heading into the NCS, Delgado hopes the bond they have will help them get far into the Northern California tournament.

“The love we have for the game and each other is something that will take us somewhere,” Delgado said.

Individual skills helped the Richmond boys get ahead in the first half against El Cerrito during the TCAL-Rock finals Thursday.

In the first 10 minutes, Richmond forward Emilio Ramirez dribbled the ball up from the midfield toward the El Cerrito goal.

A few feet from the goalie’s box, he was met by a defender. Ramirez pulled to his right where another El Cerrito player blocked his way forward, so the Richmond senior took a few lateral steps as both defenders closed in. But mid-step, Ramirez cut through the defenders and sprinted toward a one-on-one with the goalie.

He juked the El Cerrito goalie who unsuccessfully dove to the ground, leaving Ramirez with an empty goal, which he calmly kicked the ball into. 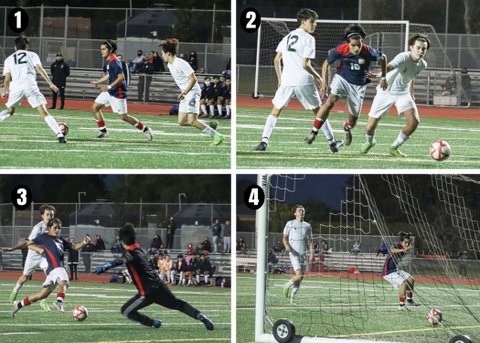 Around the 25th minute of the first half, Ramirez was blocked on a shot inside the goal box. The wild shot rebounded off the goal post. The Gaucho goalkeeper reacted late and missed his chance to grab the ball, which was headed by a Richmond player to the left of the goal with no defender nearby. Richmond midfielder Jonathan Castillo-Duran watched the ball, ran to it and tapped it in for a 2-0 lead.

The second half saw no goals from the Richmond squad. Instead, the team’s ability to stay calm under pressure and its defensive tenacity got them the 2-1 win.

A second half goal around the 30th minute revitalized El Cerrito as it saw the possibilities of a tied game.

“Usually when that happens, something bad happens,” Ramirez said. “But we stayed composed, and as a team, we saw it through.”

As El Cerrito pushed up the field by any means necessary, every Richmond member played their part and more in the last 15 minutes, Richmond defender Yeison Sontay said. 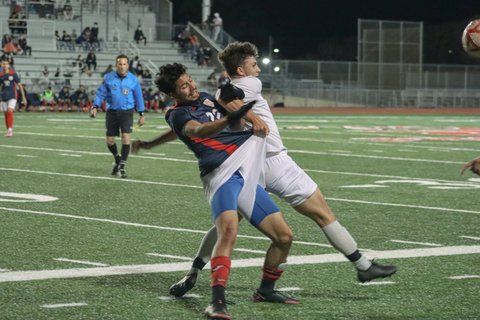 After El Cerrito pulled within one, they became more aggressive in their push to tie the game. Here, Richmond High School forward Selvin Catalan tries to fend off an El Cerrito player who is pulling his shorts during Richmond’s 2-1 win during the TCAL-Rock playoff finals. (Denis Perez-Bravo / Richmond Pulse)

The El Cerrito squad was “hungry for revenge,” he said.

That made it a nerve-wracking period, and it made Sontay, a senior, proud that his teammates were able to show the composure they have gained through a rigorous season.

“We have been fighting since the start of the season due to COVID-19,” Sontay said.

The 2020-21 winter season was the lowest point in Sontay’s high school career and in the Richmond soccer boys’ recent history, he said.

“We had very low points in the season, but this final run we are going as hard as we can,” Sontay said.

Richmond ends this season with a 14-2-1 overall record. The team is ranked No. 1 among all North Coast Section teams, 54th in the state and 204th in the national rankings on MaxPreps.com. And Richmond is on a nine-game winning streak after defeating El Cerrito.

The Feb. 10 victory over El Cerrito gives Sontay confidence his team is ready to win the NCS Division II tournament.

“With this win, we are united as a team and we are going into NCS with a lot of confidence,” Sontay said.