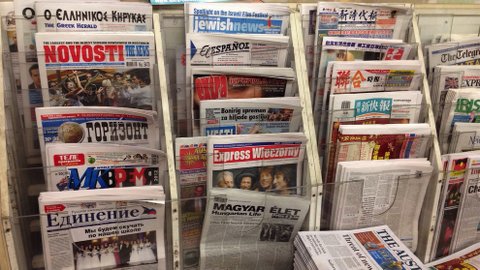 SB 911, which would create a $50 million fund to support independent media — including the ethnic media sector — passed through the California state Senate Governmental Organization committee March 29, on an 8-4 vote.

Specifically, SB 911 would create an 11-member state board — California Board for the Funding of Public Interest Media — which would administer a public fund to distribute $50 million in grants to bona fide news organizations and reporters over a five-year period.

The ethnic media sector is part of the bill, which also covers mainstream and nonprofit media. 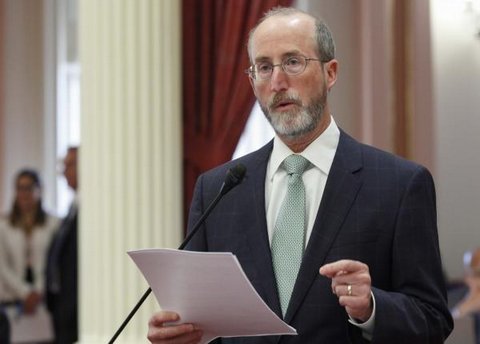 “911 responds to an emergency. That emergency is the threat posed to our democracy by misinformation,” said state Sen. Steve Glazer (D-Contra Costa), who sponsored SB 911. (Photo courtesy of the senator’s office)

Brittany Barsotti, general counsel for the California Newspaper Publishers Association, said that all bills with a budget of over $250,000 get placed in the “suspense file” of the Senate Appropriations committee; legislative analysts determine the fiscal impact of the bill and make their recommendations to the committee.

Introducing his bill in committee, Glazer said 911 was an appropriate number for the legislation. “911 responds to an emergency. That emergency is the threat posed to our democracy by misinformation.

“Our free speech, and our democracy are being overwhelmed by ‘cheap speech,’ ” said the senator, adding that the costs of “good old-fashioned fact-based news” is not cheap.

“The result, unfortunately, is that cheap speech has become more widespread than free speech,” he said.

Glazer said the bill was a work in progress. “I hope to continue to engage in constructive conversations so that we can further refine the bill as we go forward.”

In California, there has been a 24% decline in newspapers, from 481 to 366, during the past 18 years. Circulation has dropped by nearly half, from 13 million to 7.2 million. Nationally, more than 2,100 newspapers have folded during the past 15 years.

Sen. Bob Archuleta, D-Los Angeles, commended Glazer for introducing the measure. “This bill will truly help the news industry. Every town used to have a local newspaper: This bill will bring that back.”

Sen. Jim Nielsen, R-Red Bluff, said he supported the “noble intent” of the bill. “I have watched newspapers die,” he said during the committee hearing.

Nielsen nevertheless voted no, saying he was wary of giving away power to the government, and expressed his concern that newspapers would be dependent on the government. Glazer countered Nielsen’s arguments, noting the independent board which will make the decisions on who receives funding. “We have purposely created a model that does not have government dictating who gets what.”

Sen. Andreas Borgeas, R-Fresno, offered a “friendly amendment,” stating the need for a “rigorous credentialing process” of media outlets receiving grants, including editor- and peer-reviewed content. Glazer noted that editorial independence is built into the bill.