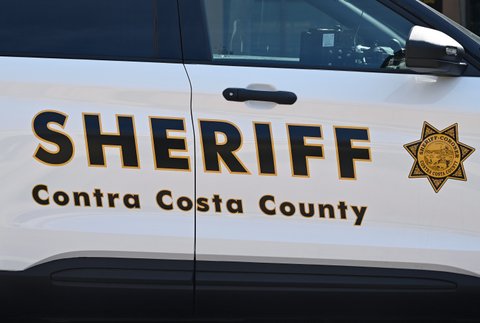 Contra Costa County Sheriff David Livingston has been on the job since 2010 but likely hasn’t faced a challenge like this year’s election.

Livingston is running against Benjamin Therriault, a Richmond officer and the head of the Richmond Police Officers Association. He’s also been in the public eye more due to a polarizing feud with Contra Costa County District Attorney Diana Becton — who’s running her own reelection campaign — over her decision to prosecute sheriff’s Deputy Andrew Hall.
Hall was convicted in October of assault with a firearm for shooting and killing motorist Laudemer Arboleda on Nov. 3, 2018, after a slow-speed chase through Danville.

Hall is also still being investigated for the 2021 shooting and killing of another man in Danville, 32-year-old transient Tyrell Wilson, who approached Hall with a knife after Wilson was allegedly throwing rocks onto Interstate Highway 680 from a Danville overpass.

The cases have cost the county a combined $9.4 million in civil settlements.

Livingston, who criticized Becton for prosecuting Hall more than two years after the shooting (and after Livingston’s department cleared Hall of wrongdoing), sent an email to his department after Hall was sentenced to six years in prison, calling it a “sad day” for the Sheriff’s Office.

“During his years of service, he served with honor and distinction. He handled thousands of calls for service, as many of you have, and was well received by the citizens of our county,” Livingston wrote. “After an extensive internal investigation, he was found to be within departmental policy when he was forced to use deadly force to protect himself and others on that fateful day. I was proud to support him publicly and privately after the events of November 3, 2018, and I support him today.”

“For our district attorney to charge a deputy sheriff, or any peace officer, for a crime based on a split-second tactical decision is abhorrent. It is even more abhorrent for that same district attorney to later repost photos on her reelection campaign social media that show her smiling and proclaiming that she ‘charged the officer,'” Livingston wrote.

The Prosecutors Alliance of California — of which Becton is a member — responded with a letter to the Contra Costa County Board of Supervisors, asking for more oversight and an audit of disciplinary actions in the Sheriff’s Office.

Livingston’s campaign website says the former police chief in Concord and Pleasant Hill “has a deep commitment to community policing, has served as a cultural diversity instructor, and fosters a ‘participatory management’ philosophy in which all employees are given a voice in the operation of the Sheriff’s Office.”

Therriault says in his campaign site, “I am running for Contra Costa Sheriff because I believe we are in a crucial time for addressing changes in public safety. We can change our law enforcement goals to be more efficient and adapt to the needs of society. Contra Costa County law enforcement and our community needs a strong advocate and voice in public safety. I commit to being your voice.”

“As a police officer, many of the calls we attend are related to mental health,” he wrote. “I’ve personally talked people through calls where in a moment of crisis and desperation they threaten to take their lives. It is an incredibly heavy burden to look into the eyes of someone threatening to take their life, knowing that you and your abilities are what may make the difference.”

Therriault supports expanding mobile crisis intervention teams and a co-responder model. He also wants to better support those who frequently call the police for service.

Therriault has been a Richmond officer since 2009. Before then he was a military policeman in the Air Force and fought in Iraq. He grew up on the Flathead Indian Reservation in Montana.

Election Day is June 7. If someone hasn’t received a ballot by May 20, they should contact the Contra Costa County Elections Office at (925) 335-7800 or by email at ballot@vote.cccounty.us. After May 23, new voters need to register and vote in person at one of the early voting sites or on Election Day at a polling site.

The Centers for Disease Control and Prevention and the county health officer strongly encourage people to vote by mail. Ballots should be marked using blue or black ink and placed in the return envelope. No postage is required. The envelope must be signed and sealed and be postmarked on or before Election Day.

People can check their voter registration status at https://voterstatus.sos.ca.gov and can register at https://registertovote.ca.gov/. For voting drop box locations, go to https://bit.ly/3NcoceE.