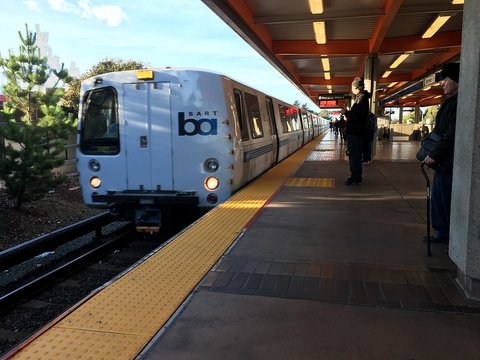 The balanced budget includes the use of $313.6 million in federal COVID-19 emergency funding in the 2022-2023 fiscal year as the transit agency continues to recover from its ridership plummeting due to the pandemic.

BART officials elected to switch to a rolling two-year budget approval process this year in an effort to improve the agency’s long-term financial planning.

As part of the budget, BART will increase fares by 3.4% systemwide, an increase that was initially planned to go into effect Jan. 1, 2022, in an effort to keep up with inflation. BART officials noted that the 3.4% increase remains below current inflation levels.

According to BART officials, the average fare cost will increase 15 cents to $3.78. BART riders pay an average of 28 cents per mile traveled throughout the transit system, according to BART Assistant General Manager for Performance and Budget Pamela Herhold.

The increase is expected to generate roughly $15 million over the coming two fiscal years.

The FY 2023 budget also includes plans to change BART’s Saturday service schedule by running service on all five lines until the system’s closure at midnight.

Currently, BART operates all five of its lines daily until 9 p.m. and then limits service to lines between Millbrae and Antioch, Daly City and Dublin/Pleasanton and Richmond and North San Jose.

Members of BART’s Board of Directors have pushed for more frequent weekend service in the budget approved Thursday as ridership has recovered faster on weekends than it has during the standard work week.

“Using transit should be easy,” BART Board President Rebecca Saltzman said in a statement. “The service plan enabled by this budget makes taking BART more convenient and less complicated.”