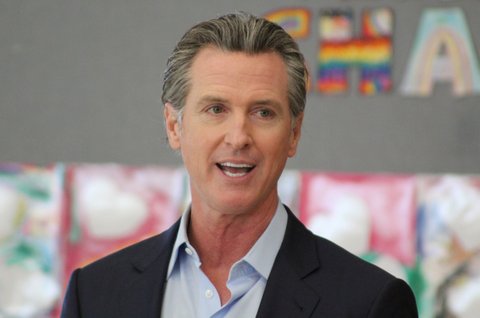 According to Newsom, Senate President pro Tem Toni Atkins, D-San Diego, and Assembly Speaker Anthony Rendon, D-Lakewood, the budget framework includes a $17-billion funding package that will provide direct payments of up to $1,050 to taxpayers in an effort to reduce the burden of inflation.

The agreement would also temporarily suspend the state’s tax on diesel fuel and offer additional funding for those who are behind on their rent and utility payments.

“California’s budget addresses the state’s most pressing needs, and prioritizes getting dollars back into the pockets of millions of Californians who are grappling with global inflation and rising prices of everything from gas to groceries,” Newsom, Atkins and Rendon said in a joint statement.

The framework includes more than $200 million in funding for reproductive health care and nearly $50 billion in multi-year funds for infrastructure and transportation projects and repairs.

Newsom issued his revised budget proposal last month with a surplus of $97.5 billion. While the state has obligations to reserve a certain amount of its budget for education funding and pension liabilities, roughly $50 billion of the surplus would still be available for discretionary spending under Newsom’s proposal.

Newsom’s proposal also included less substantial direct payments to state residents. His plan would have sent $400 to households for each vehicle they own, with a cap of $800.

According to Newsom, Atkins and Rendon, the direct payments in Sunday’s agreement will benefit some 23 million California residents.

“In the face of growing economic uncertainty, this budget invests in California’s values while further filling the state’s budget reserves and building in triggers for future state spending to ensure budget stability for years to come,” the three officials said.

Both chambers of the state Legislature must approve the budget before Newsom can sign it into law.