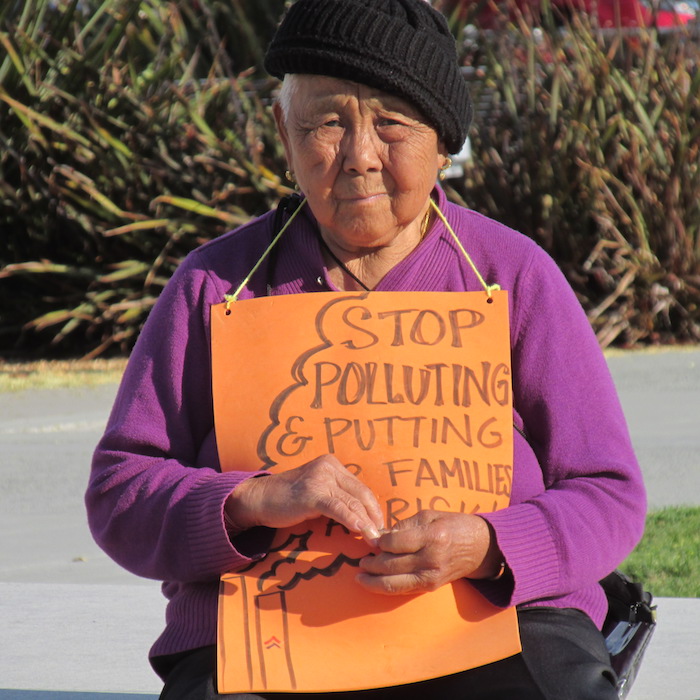 Posted at 01:54h in Environment, Health, News by RPadmin 0 Comments 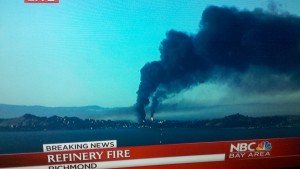 The memory is a vivid one for me. It was a beautiful day in Richmond; I was hanging out in my backyard in Richmond Annex when I heard sirens. My heart dropped, the first words that came out of my mouth were, “It’s not Wednesday.” I kept repeating that sentence as I moved closer to the fence to get a better view of the Chevron refinery where a black cloud of smoke was billowing up from, before spreading over parts of Richmond and San Pablo.

Three years have passed since the refinery fire on August 6, 2012. To recognize the anniversary elected officials, community organizations and residents gathered out front of the Richmond Civic Center this year.

The event was held as a way to remember the tragedy while celebrating the community’s resiliency. Speakers included Richmond City Council members Eduardo Martinez and Gayle McLaughlin, along with leaders from local activist groups.

Lipo Chanthanasak an active member in the Asian Pacific Environmental Network, moved to Richmond in 1988 and was deeply affected by the fire. “This is a history we cannot forget,” Chanthanasak said. “We learned that it could’ve been prevented but it wasn’t.”

The fire sent 15,000 people to nearby hospitals, illustrating the damage the refinery could do. As a community gardener with Urban Tilth, I was heartbroken when we decided it was necessary to remove plants from the garden, and stop gardening until we could have soil tests done. I remember being moved hearing co-workers share their stories of digging up their gardens and feeling hopeless, not knowing if their gardens were safe, with the crowd at the town hall meeting following the fire.

Following the fire we experienced a new level of community action. People who normally did not participate in political actions showed up to events, community leaders who tended to be neutral about Chevron’s business practices took to social media to voice their discontent with the corporation and it seemed that from all over the political spectrum people were devastated to experience another explosion.

Stephanie Harvey, a Richmond resident shared her experience at the hospital following the fire. “When I went to Kaiser the doctor was wearing normal clothing, no suit,” she said. “He prescribed aspirin and sent me home. He didn’t even look at my eyes even after I told him about my concerns.”

Others were concerned that not enough had changed for the better in the years following the tragedy. “Chevron is still here polluting,” Olivia Eldred, a nurse with the California Nurses Association told the crowd. “And if there is a next explosion where will people go?” she asked, referring to the recent closer of Doctors Medical Center—a hospital that previously served a large part of Richmond and San Pablo residents.