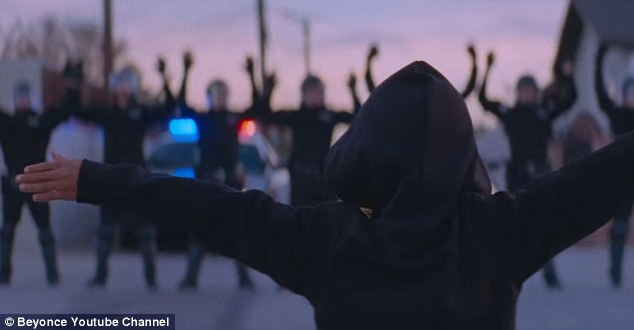 05 May Is Being Anti-Police Really That Bad?

Posted at 18:00h in Arts and Culture, Police, Youth by RPadmin 0 Comments 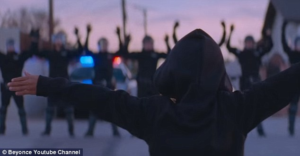 I recently wrote that Beyoncé’s new song and video, “Formation,” was not really anti-police, something that she affirmed in an interview with ELLE Magazine. Beyoncé told ELLE, “I have so much admiration and respect for officers and the families of officers who sacrifice themselves to keep us safe. But let’s be clear: I am against police brutality and injustice. Those are two separate things.”

But I am not entirely sure those are two separate things. If we think the problem is a few bad seeds, then we aren’t able to properly critique an entire system that has terrorized marginalized communities for centuries. I meant it when I wrote that many of us mourn police officers who are killed in the line of duty. That might not be the case for many others, especially if they live in communities where police violence runs rampant. Despite having more negative than positive experiences with law enforcement, I am personally not against every individual who wears the uniform. Many of them are my neighbors and fellow community members who see law enforcement as a way to help their community.

But a friendly officer doesn’t change the reality for many people who have been targeted or victimized. “Good” cops still represent a system that benefits from criminalization and incarceration. It is important that we hold them accountable for their role in the prison industrial complex.

Some police departments, like the Richmond Police Department under the leadership of former Police Chief Chris Magnus, have been proactive in changing the relationship communities have with law enforcement. Many of these efforts come out of grassroots organizing, residents and supporters coming together to say, “No more.” Some police officers may disagree with these departmental changes, possibly because they are not interested in valuing lives, especially black ones. We can assume police officers want to make people feel safe, but many pick and choose which lives (mostly white and middle-class) are more valuable.

We have come a long way with the amount of resources offered to aid in decreasing crime and violence and repairing how police operate in our communities. But as we commend these efforts, we should not limit ourselves when we imagine what true justice looks like. We should imagine a world where people are not policed, criminalized, or incarcerated. If we as a community want to end inequality, especially anti-blackness and xenophobia, we have to think more critically about the role of policing in our future.

In Chicago, a new report seems to confirm what residents there already knew: The Chicago Police Department doesn’t care about black people. The city is one of the leading places for community organizing around abolishing police and prisons. While the report by the Police Accountability Task Force may not be new to activists, it provides more evidence to the argument for alternatives to policing. The fight against police is not limited to one city; concerns around policing exist throughout this country, including in our own backyards. All of the struggles are connected.

Young people, especially black and Latino youth, deserve a future that does not include being stopped and frisked, living in fear of potential police violence or being wrongly convicted. Those are only a small portion of problems with the system, and most of the problems are bigger than a few bad cops. How do we seek an end to injustice and not be anti-police?

Richmond Pulse wants to hear from you. Tell us on Twitter or Facebook, how do you think we can end police brutality and injustice?