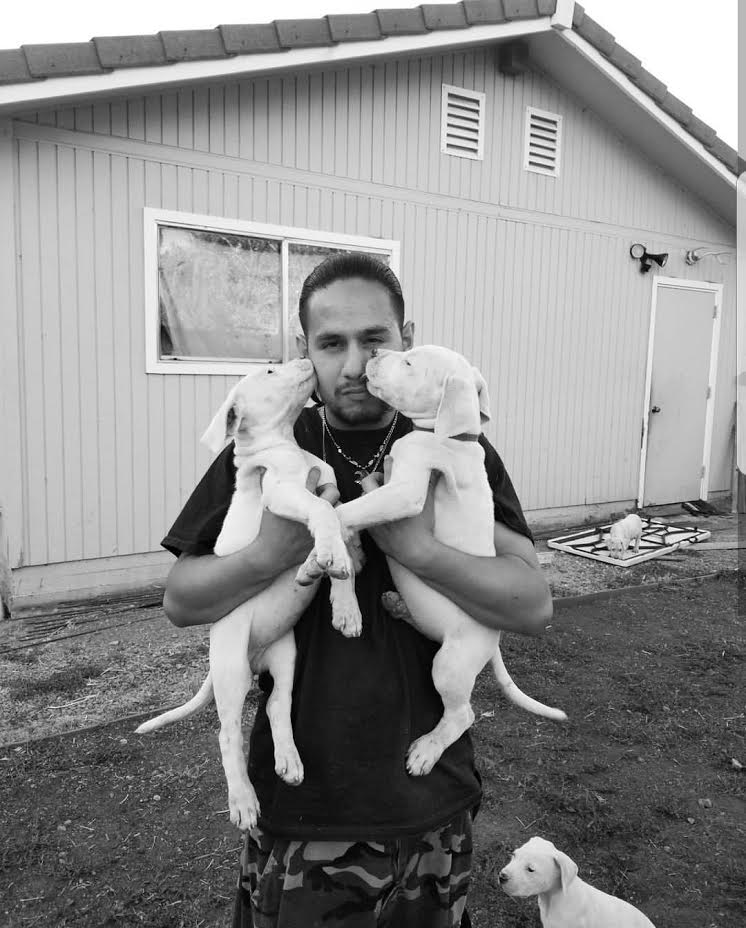 01 Dec When No One Cares, Dogs Do: A Portrait of a Young Entrepreneur

Posted at 18:43h in Bay Area, Youth by RPadmin 0 Comments 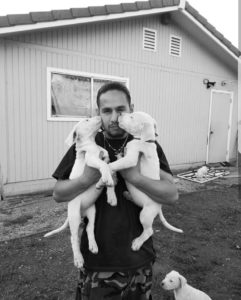 In 2015, I had the privilege of walking the grounds of a prison in Northern Ireland. Most of the inmates were considered “free walkers,” meaning they were free to roam the prison during certain hours. Many of them had the keys to their rooms and some of them even had jobs outside the prison.

There was a strange sense of calm that would be hard to come by in a prison in the United States. But the thing that caught my attention the most was a pair of dogs. When I asked what the dogs were for, I was told that they were used to reward prisoners for good behavior. Inmates with good standing were given the opportunity to walk the dogs off the prison grounds.

I love dogs and I love helping people. I’ve been thinking about a way to merge these two passions in a way that would benefit both dogs and people – shelter dogs and underserved young people to be specific. This type of program isn’t new; others have had the idea to find ways to rehabilitate both dogs and people, like Pitbulls and Parolees, Puppies Behind Bars, and Pawsitive Connections. Programs like these help shelter dogs become more adoptable while helping people become self-confident.

Where my idea differs is the connection point. The programs I know of connect dogs and people either during the humans’ time behind bars or after. I want to make the connection before anyone is incarcerated, as a proactive approach. And my hometown of Antioch is the perfect place to do it. 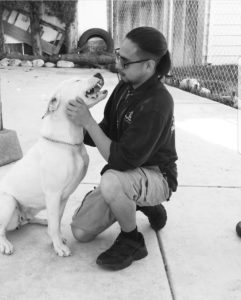 I have lived in Antioch for over ten years now. My family and I originally moved from San Francisco to purchase our first home here. Antioch is a beautiful little city full of hard-working and caring people. Unfortunately, it is also a place where it’s way too easy for a young person to end up walking down a path of negativity. I know this through my own experiences – I was on probation for some time when I was younger – and because I’ve worked as a “big brother” figure in two of the city’s schools through a nonprofit called One Day At a Time (ODAT). What I hear from a lot of the young people are stories full of fear, pain, anger, and confusion. By the age of 13 many of them are alarmingly familiar with drugs, violence, and bullying. Almost everybody is looking for something to do and somewhere to fit in.

The reality is that there isn’t much to do in Antioch. And when a young person is bored with nothing to do, and especially if they’re unsupervised because their parents are working, the likelihood of their getting into trouble increases. Combined with curiosity and a desire to be accepted, young people here sometimes make bad decisions and don’t fully understand the ripple effect that those decisions might have. One of the most common feelings I see among young people here is helplessness – a sense that it doesn’t matter what they do, because whatever happens just happens.

Sometimes as young people we feel that our lives are out of our control. We don’t feel respected or listened to, and we feel that adults are judging us. These are the feelings that I think a relationship with animals could help overcome, as well as teaching responsibility, compassion, and patience. The young people in the program would meet after school for about an hour. They would be from either a middle school or a high school, and the dogs would come from a local animal shelter. Each student would be assigned a dog, and they would be responsible for socializing the dog and teaching it to obey commands with the guidance of a dog trainer. After a period of about two months, the students would participate in the process of finding their dog a forever home.

My ultimate hope for this program is that we can reduce the number of perfectly healthy dogs being euthanized and provide young people with a sense of meaning that comes with turning their attention on something other than themselves. I want them to walk away knowing that what they do matters. I believe that taking dogs destined for death row and giving them their lives back will help young people achieve this.

Right now I have three dogs – one little Chihuahua mix and two big Dogos Argentinos (Argentine mastiffs). Their impact in my life has been tremendous. They have been the reason I’ve come home early from a night out and avoided getting into trouble. They are the reason I get up on days I feel down. Walks with them allow me to straighten out troubling thoughts in my mind. Lying down with them helps ease the feeling of loneliness we can all experience at times.

There is an old and established relationship between humans and dogs. As a young person growing up in Antioch, it is a relationship that has been one of the most meaningful ones in my life.

This is part of a special series, Youth Voices Beyond the Bay, exploring the stories of young people growing up on the far reaches of the Bay Area.