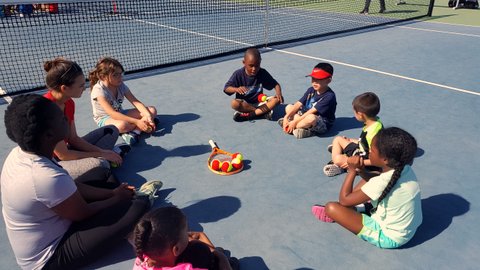 Posted at 21:50h in Sports, Youth by Pulse Editor 0 Comments

The RTA is working with Tetteh Kisseh, Richmond’s recreation program coordinator, on the necessary paperwork so they RTA can start teaching classes at DeJean Middle and Washington Elementary schools.

“There is a vacuum being filled,” Kisseh said, adding there are nice tennis facilities spread throughout Richmond that aren’t being used enough.

He says more people should be interested in tennis, and getting kids involved at a young age only works to grow its popularity in Richmond.

“RTA’s presence in Richmond has been helpful to promote tennis in the community,” Kisseh said.

That program led to a bigger conversation with Kesseh. The city already offered tennis lessons during summer camp, but Kesseh and others thought it would be better to bring tennis to the kids instead of waiting for the kids to come to tennis.

“There were courts that had no nets,” Gary Hurlbut said.

But College Preparatory didn’t have any tennis courts nearby, so they used temporary nets and chalk to draw out a tennis court. It, too, was a success.

RTA member John Saelee was one of the teachers waiting for the kids at Nichol Park.

“We are breaking barriers,” he said. “All the kids have to do is show up and grab a racket.”

Saelee said that while tennis is often seen as a privileged sport played in wealthy areas, it’s actually for everyone. He’s worked with students from all three schools from kindergarten through 8th grade, and they often start without knowing how to hold a racket correctly.

At Richmond College Preparatory last summer, Saelee says the kids who had never played before were shy and disinterested. So, after they warmed up, he began teaching them the rules. He soon played them in two-on-two matches.

“I told the kids, ‘Just hit the ball over before it bounces two times,’” Saelee said.

They did so and started racking up points against Saelee, saying they knew they had scored because the ball bounced twice on his side of the net.

This, Saelee said, sparked their joy for the game because they knew how to play and even win.

“Seeing their faces light up was the reward,” he said. • 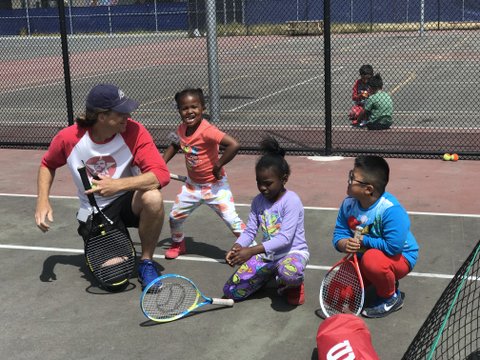