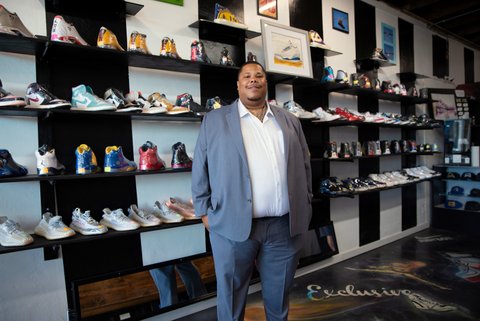 Thousands of California residents are protesting shelter in place orders that have led to the closure — some temporary, others permanent — of thousands of small businesses. In Richmond, where small businesses have proliferated in recent years, the spread of COVID-19 is leading business owners and officials to weigh public health against economic health.

Contra Costa County’s most recent shelter in place order has been extended through May. This means that businesses such as museums and bars are closed and shops such as bookstores have to do all sales remotely or cease operations until the order is lifted. This and orders like it have prompted many Californians to demand that the state be “reopened” for the sake of small business owners.

“It was really slow and we got really worried because we had to pay rent and we had a small business loan from the city of Richmond,” Jason Drisker, who owns Exclusive Shoes, said of his business in the days immediately after the state’s shelter in place order was first issued.

“We cut our employees’ hours, and we still weren’t making money. I wasn’t sure if we would make it out of this situation,” he continued.

Since 2015, Drisker has been buying, selling and refurbishing tennis shoes. Though his business is nonessential, Drisker reopened his store about a week after California’s order went into effect March 17. He cites the state and county’s relatively low infection and death rates as the reason he is open for business. He also argues that because he purchases shoes, his business helps people make ends meet while they wait for their stimulus checks and other forms of relief.

“We’re loved by the community,” Drisker said. “Some people didn’t get their stimulus check. But they were able to sell a few pairs of shoes until they got their unemployment or stimulus.”

“I really feel like financially crippling people who work really hard to build their own business is not a good decision,” he continued. “I think different steps could’ve been taken.”

These state and county numbers are significantly lower than dense cities such as New York, where more than 13,000 people have died. Still, state and local officials argue that these comparatively low numbers are proof that the physical distancing and business closures are working and are still necessary to protect the medically vulnerable.

“Unless it’s essential, businesses should shut down if they can’t operate from the home,” says James Lee, president of Richmond’s Chamber of Commerce.

“We understand there’s huge economic fallout that’s gonna happen, and some may suffer more than others. But at this time we have to listen to what is best for our country and city.”

Drisker’s and Lee’s views reflect the disconnect between many officials and small business proprietors who see shuttering businesses as an overreaction.

Even businesses such as restaurants, which are legally allowed to stay open for takeout and delivery, have seen severe revenue losses. And according to a letter the California Restaurant Association sent to Gov. Gavin Newsom, about 30,000 restaurants are at risk of closing.

Not all restaurant owners think reopening too soon is worth it, however.

Without dine-in customers, Snapper’s Seafood, which first opened in the early 1990s, has suffered a 30% revenue loss, and its takeout sales have gone down by 20%, according to manager Jabari Muhammad. 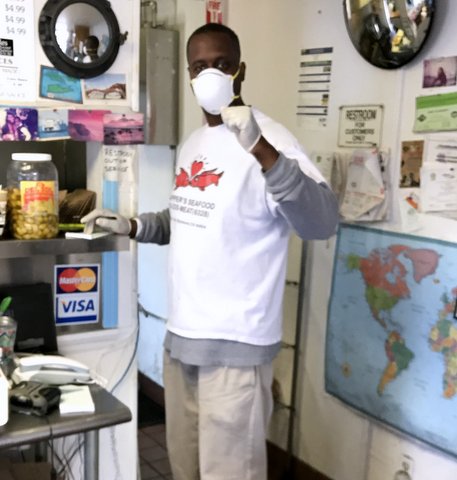 “It’s very scary to see the industry,” he said. “A person wakes up in the morning and you have a pink slip that says, ‘This is your very last paycheck.’ What’s someone gonna do?”

Muhammad also says that the supplies and foods including gloves and toilet paper and collard greens and oxtails, are either becoming more expensive or are unavailable because of families stockpiling groceries and gaps in the farm to restaurant supply chain.

“Restaurants get the food and distribute it to people,” Muhammad said. “Now, regular families start going to the restaurant suppliers and raid the place for their own purpose. The ecosystem is upside down.”

Muhammad says that his business remains operational thanks to his family donating their time and longtime customers’ support. Even with the hardships, Muhammad says he think the stay at home order should remain in place.

“Health is first. You can’t work if you’re dead,” Muhammad said. “Even though I’m suffering I don’t think we should open.

“But I still feel very blessed. A lot of places have closed down, and it’s devastating, and aren’t coming back anymore.”