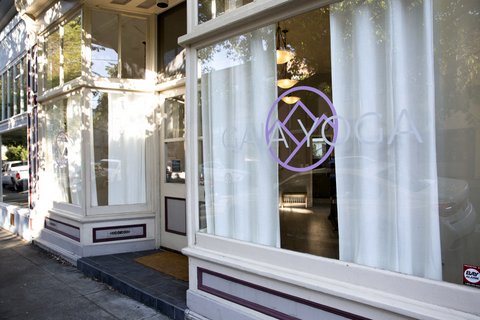 The popular Gaia Yoga studio in Point Richmond had to close its doors in March, along with all gyms and fitness facilities, as part of the statewide response to the COVID-19 pandemic.

But owner Martina Chavez kept classes going live via Zoom, where Gaia instructors have been keeping regular students doing their downward dogs, triangle poses, and shavashanas in their homes, instead of the studio at 39 Washington Ave.

But Gaia Yoga has — like most such facilities — relied heavily on money from drop-in students, in addition to class fees paid by a staunch cadre of regular attendees.

With the studio doors shut, a significant chunk of Chavez’s revenue shut down too.

But the Gaia community stepped up.

In a GoFundMe campaign for the studio, 54 donors donated more than $4,000 to cover the studio’s rent within 72 hours of opening the campaign.

During this period, Gaia has also been offering “SEVA Saturdays” when instructor Kip Kern-Taylor donates her instructor fees from two classes to the non-profit Safe Organized Spaces (SOS!) Richmond. The classes are at 9 a.m. and 10:30 a.m.

SOS! Richmond is a community organizing network that works to build partnerships to help the city’s response to homelessness.

Gaia Yoga isn’t set to reopen its physical studio doors until Phase 4 of the state’s plan to reopen businesses, which is expected sometime in the coming months.

After reopening, Chavez plans to continue to offer some virtual class options in addition to a full roster of regular, in-person classes.

“But in the meantime, it’s an ideal time for those who have thought about trying yoga, but been hesitant, not wanting to embarrass themselves in a class too advanced for them,” Janis Hashe, a Gaia student and Richmond writer, said. “The live stream provides the option of turning off your camera.”

Information about the classes, class schedules, instructors and fees can be found at gaiayogastudio.com. 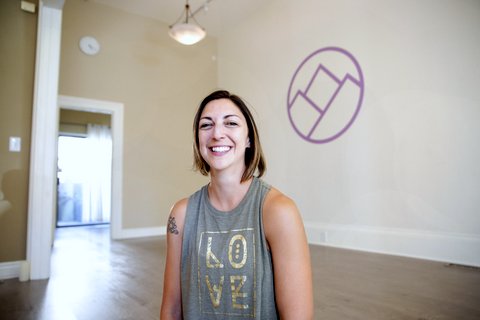 Martina Chavez, owner of Gaia Yoga, sits for a portrait in her yoga studio in Point Richmond, California on July 11, 2018.