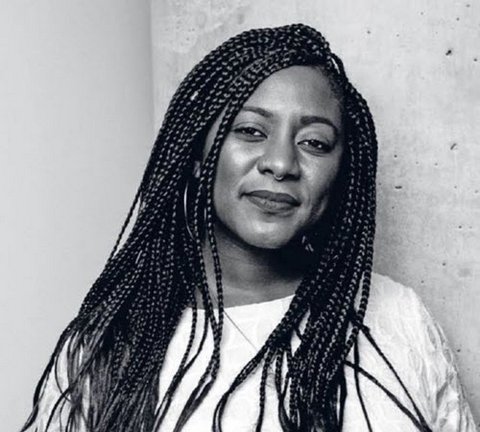 “It’s bittersweet that it takes someone being murdered on camera to get to the point of conversation that we’re in,”  says Black Lives Matter cofounder Alicia Garza.

For Black Lives Matter co-founder Alicia Garza, the widespread global protests and activism that followed the killing of George Floyd, an unarmed Black man, by Minnesota police have been heartening — and they make her feel hopeful for the future.  At the same time, she said, “It’s bittersweet that it takes someone being murdered on camera to get to the point of conversation that we’re in.”
“I was horrified,” Garza said of viewing the video of Floyd’s life being taken by a white police officer with his knee on Floyd’s neck.  “Every time a Black person is murdered by police there is something disturbing about it.”
She added, in this case, “Just the callousness of it; and him calling for his mother. There’s just so much in there that’s horrifying. It’s just a brutal reminder of how Black lives don’t matter in this country.”
Garza, who lives in Oakland, is the strategy and partnerships director for the National Domestic Workers Alliance and principal at the Black Futures Lab.
Seeing Black Lives Matter signs held by protestors in all 50 states, including in many small towns with few Black residents, Garza said, “It’s humbling to see it and to have been a small part of it.” She is heartened that people are awakening.
Garza said she is also pleased that many celebrities who have large platforms are using them now to push for change.  She said the Black Futures Lab has a strategy for helping celebrities to use their platforms for the movement. “When they use their platforms to activate people, it’s an important way to save our democracy. It makes us active and engaged participants.”
“I got to take over Selena Gomez’s Instagram last week. It was awesome.” She said people are really hungry for information. “We’ve been doing a lot of work and talk about what’s going on.  When folks like Selena do that, it engages people in issues of our time. I plan to work with her through this election cycle.”
Garza said she will also take over Lady Gaga’s social media in the coming week.  “We’re really focused on transferring this energy into political power.”
She said it’s important to change the people who are making the rules and those who aren’t enforcing the rules. She cited as an example the recent election in Georgia where voters in predominantly Black areas waited hours to vote. Movement for Black Lives is not just about police violence. It’s about how Black lives are devalued.
Black Lives Matter is an opportunity for us to recognize and uphold the right to humanity and dignity for Black people.  She said Black people also have to work “to remove the negatives we’ve internalized about ourselves.”
“For people who are not Black, there’s also work to do.”  She said it’s not only about changing the rules, but also about a culture shift. “That’s what I think we’re seeing now.  It’s going to take all of us staying committed.”
She said the millions joining protests following the killings of George Floyd, Ahmaud Aubery and Breonna Taylor were sparked by “a powder keg waiting to happen.”
“People are mad about a lot of stuff.  We’re all tender right now.  It’s an election year. We find ourselves in a global pandemic. The lack of human touch… and being able to gather.  Because of that we also have the expansion of an economic crisis.  Not only are people trying to stay healthy, they’re trying to pay their bills.”
“What we can all agree on is that policing is not serving the people that they’re supposed to serve.  When we’re afraid of the police that’s not serving.  Whenever I see tanks, rubber bullets, and tear gas being used — we pay for that. Are we keeping people safe?  We’ve been defunding the Black community for a long time.”
“Defund the Police” is a controversial slogan that has been held by some protestors.  Garza said that slogan comes from the Movement for Black Lives, a coalition that includes BLM.  “This work is something many organizations have been doing for many years,” she said. “It’s really about getting a handle on how we’re spending our money.”
She cited the fact that education funds have been cut, the postal service is near bankrupt, and thousands of homeless people are living on the streets.
“We’re using police to deal with homeless. You don’t send a nurse to deal with a drug cartel.”
“We did the largest survey of Black America in 2018 — The Black Census Project.  The overwhelming majority said in the past six months they’d had a negative experience with the police.”
She said what she supports is “limiting the size, scope and role police play in our communities. Police also need consequences when harm is enacted. Police unions are a huge, huge issue.  They block transparency for officers.”
Speaking of another campaign that’s getting national attention Project Zero’s “8 That Can’t Wait,” Garza cautioned, “We have to be wary of things that are a quick fix.”
She said “8 That Can’t Wait,” a campaign that pushes proposals for police reforms, “doesn’t deal with the real issue here: Nobody should be above the law.”
“Public safety is not about bloated police budgets. It’s about expanding the safety net for Black people,” she concluded.