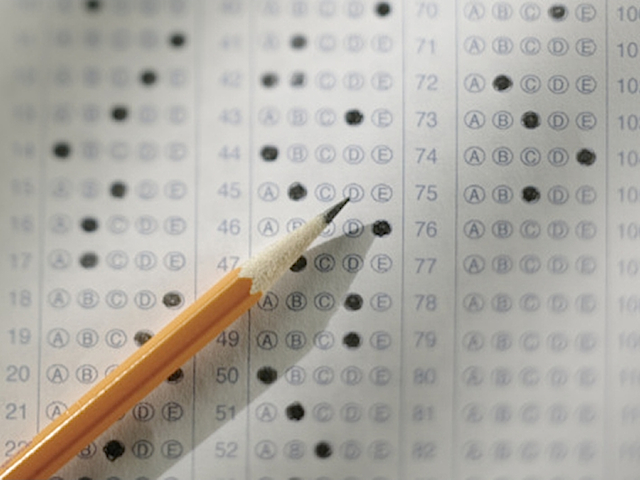 Posted at 10:15h in Commentary, Education by Pulse Editor 1 Comment

The University of California has removed the SAT and the ACT from its freshman admission requirements. As a teacher who lives and works in Richmond, a majority-minority community, I am very happy with this decision.

These tests inherently have racial biases against minority students, as well as disadvantages for low-income students, who often cannot afford a tutor or test preparation. Many of their counterparts have years to prepare, getting the opportunity to learn the language these tests use from a very early age. Plus, they are from families who can afford tutors who can help them get higher scores.

Standardized tests have provided a remarkably similar outcome to the lack of Affirmative Action. Instead of making universities and colleges more diverse and inclusive, as intended, they exclude many minority students and strike those who do get in with imposter syndrome.

Many Black and Brown youth doubt their accomplishments when they reach colleges and universities, questioning whether or not they belong. The SAT and ACT do not make it any easier, regardless of how the students do on them.

And it doesn’t stop there. It doesn’t help to tell students that they can do well if they really apply themselves. It is not helpful to say everyone can and should pull themselves up by their bootstraps, as the cliché goes; it is oppressive.

Students need to feel supported. Instead, they are often disregarded and discouraged by their supposedly “more articulate and educated” peers. Minorities often feel like they have to work two or three times as hard just to feel like their work is adequate. Minority students shouldn’t have to feel pushed down or like they don’t belong. When you have to work three times as hard to only get a B — while it seems others are putting in less effort for an A — you feel like you’re not good enough.

The problems extend far beyond the education system. I would be remiss to overlook the killings of George Floyd in Minnesota and countless other Black people across the country. Not only do Black students have to work extra hard to do well academically, they also have to navigate the traps and pitfalls created by systemic racism, including the lack of economic opportunity, only to be met by gatekeeping tests geared to the white middle class.

How is that fair? It’s not.

Having grown up in Richmond, I believe if all colleges and universities had removed the SAT and ACT as part of their admissions processes it would have changed the trajectory for me and many of my close peers.

We were incredibly involved, active and academically inclined in high school. We all aspired to go to colleges and universities around the nation. Some of us were accepted into the schools of our choice but weren’t offered enough aid to go. Some had to settle for different schools. I am sure we could have received better scholarship packages if it weren’t for the SAT and the ACT.

Even after getting help and taking the SAT multiple times, I didn’t get the score I wanted. The phrasing of the questions was just really different from anything I had ever experienced. It left me feeling like I wasn’t good enough to go Cal. Luckily, for me, that feeling didn’t last. After I connected with classmates and friends on campus I was able to feel worthy and not like an outsider.

Now, the pandemic has proven something most teachers agree on: Students are better off with less testing. Many of us know there are more effective ways to teach and learn. I am a firm believer in project-based learning.

For example, after three years of preparation, my students are able to produce a website. This makes them more confident and ready for the real world. Also, Junior Achievement hosted an event early this year when students had to try to solve a community issue using technology. They competed to have their ideas come to fruition. My students were nervous at first but soon became confident enough in their ideas to present them to an auditorium full of people.

Most testing, like state testing, has been suspended these last couple of months in an attempt to reduce students’ stress levels during the pandemic.

With that said, some tests really can help students. Advanced Placement tests, in particular, allow students to get ahead of the curve in higher education. Most of the tests students take during their K-12 experience, however, do not provide an advantage like AP tests do.

California proved that the California High School Exit Exam, once required to graduate, was expendable when then-Gov. Jerry Brown suspended it in 2015.

I am glad we are finally moving in the right direction with other unnecessary tests.