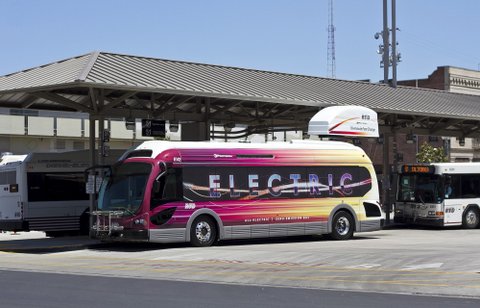 Posted at 07:00h in California, Environment by Danielle Parenteau-Decker 0 Comments

Some of California’s key environmental programs for battling smog and climate change have lost nearly $105 million as the state grapples with the economic fallout of the coronavirus pandemic.

In a letter shared with CalMatters, the state’s Department of Finance notified lawmakers of reductions to funds from the proceeds of California’s landmark cap and trade program.

Millions were scraped away from the 2019-20 budgets of projects that include incentives for purchasing vehicles that produce less greenhouse gases, cleaning up pollution in overburdened communities, tackling methane excreted by cows and reducing smoke during prescribed burns.

These cuts are on top of $168 million squeezed from the original budgets of programs that are automatically allocated a proportion of the proceeds from cap and trade. Included are high speed rail, affordable housing and transit.

In the wake of cap and trade auctions generating $280 million less revenue than expected, the cuts are not a surprise to state departments that had been on notice to spend only three-quarters of their 2019 appropriations.

The shortfall fuels a growing fight about whether California’s cap and trade program can be relied upon to both cut carbon emissions and pay for green programs.

“It’s an unsustainable source of funding,” said Assemblymember Cristina Garcia, a Democrat from Bell Gardens and chair of the Joint Legislative Committee on Climate Change Policies. “Whether it was now or down the road, we knew that this was going to be a declining pot of money.”

In the July 15 letter, the director of the Department of Finance, Keely Martin Bosler, told Assembly and Senate budget committees that the cuts are spread evenly across ten agencies and departments. Each listed program loses about 14% of cap and trade funds appropriated in the 2019-2020 budget. Among those experiencing cuts are the California Environmental Protection Agency and its departments tasked with cleaning up air pollution, assessing environmental health hazards, managing garbage and recycling, and other projects.

The Legislature has not finalized how to spend the proceeds from cap and trade in the current budget year.

Erin Curtis, a California EPA spokesperson, said that the agency is still assessing how the cuts will impact its programs.

The largest cut in terms of dollars is at the California Air Resources Board, the agency responsible for cleaning up the state’s air pollution. It lost $81 million from the $557 million from cap and trade originally budgeted for its low-carbon transportation program, which includes clean vehicle vouchers and grants for new, advanced technologies for cars and heavy-duty engines.

Last year’s budget banked on cap and trade auctions generating $2.4 billion. But as the coronavirus pandemic rocked the economy, reality fell about $280 million short. The most recent auction in May raised less than $25 million.

Cap and trade is a cornerstone of the state’s fight against climate change. It is the first carbon market in the nation to cover all sectors of the economy — including oil refineries, power plants, fuel suppliers and manufacturers. The state is relying on it for nearly half of its promised reductions of planet-warming greenhouse gases in 2030.

The emissions trading program also is a major source of revenue: Companies can meet the declining cap on greenhouse gases by curbing pollution or by buying and trading pollution credits. Since its launch in 2013, cap and trade has raised $13.1 billion, with quarterly auctions for pollution credits raking in more than $600 million each over the past two years.

The state funnels the money into a wide range of programs — from fire prevention to high speed rail and safe drinking water.

The risk, however, is that cap and trade may not bring in as much money as expected. And that potential for a mismatch between expectation and reality is why a provision in the budget prohibits departments from spending more than 75% of their funding from the proceeds of cap and trade on certain programs before the May auction results are in.

This is the first year, however, that this provision has been triggered, according to Ross Brown, principal fiscal and policy analyst at the Legislative Analyst’s Office.

While the pandemic and economic crash has thrown California’s ability to pay for its environmental effort into turmoil, Garcia said that the crisis also accelerates the urgency of the programs. Communities that are disproportionately affected by pollution — Latino, Black, Asian American and lower-income Californians — also face greater threats from the coronavirus.

“We’re talking about racism, we have to be looking at it from all of our policies, and that includes environmental policies,” Garcia said. “Let’s think about sustainable sources of funding for them.”

In addition to funding for purchase of clean vehicle incentives, the cuts to the air board could also hit grants for local air districts to tackle pollution. Another $290,000 has been eliminated from an air board program that pays for projects aimed at monitoring and reducing smoke from prescribed burns.

The air board staff “will work to continue to deliver the benefits of the programs that will see about a 15 percent reduction in their funding,” spokesperson Stanley Young said in an email.

California Department of Resources’ Recycling and Recovery, or CalRecycle, saw a $3.6 million cut that will reduce grants and loans aimed at diverting waste from landfills. CalRecycle is reevaluating its spending plan.

The California Department of Food and Agriculture will lose $4.9 million from programs subsidizing dairy digesters and manure management practices that curb methane released by cattle, which is a substantial source of greenhouse gases.

Garcia worries that across-the-board cuts will hit some programs harder than others.

“We’re not all starting in the same place,” Garcia said. “I think the departments cannot take this equal approach — everyone’s going to get a 14% cut — because the hurt is not the same.”

The $8.7 million cut from the Transformative Climate Communities grant program has already affected a round of funding for proposals from polluted, low-income communities aimed at bolstering climate resilience, public health and equity while curbing greenhouse gases.

Critics of cap and trade say they saw these shortfalls coming. Independent analysts have warned that an oversupply of pollution credits could hamper emissions reductions and decrease revenue. The nonpartisan Legislative Analyst’s Office has warned of an increased risk for low revenue in future auctions. The program was able to fully fund a $28.2 million community improvement project in Oakland that includes creating affordable housing. But proposals from Riverside and Stockton received only partial awards. Riverside’s funding was supplemented by another grant, but a Stockton effort to fix sidewalks on a major thoroughfare, buy zero emission buses and increase solar power and energy efficiency will have to be altered, according to Louise Bedsworth, executive director of the California Strategic Growth Council, which runs the grant program.

“These cuts are an unfortunate, but predictable result of the pandemic’s effect on our economy, and Cap and Trade policies that are too lenient on polluters,” said state Sen. Bob Wieckowski, a Democrat from Fremont, in an email to CalMatters.

“The advent of the COVID 19 Crisis, the collapse of the world oil market, and the results of [the California Air Resources Board’s] May 2020 Auction are all factors that deserve careful consideration,” he wrote.

Businesses covered by cap and trade, including oil companies and manufacturers, have argued against changing the program, saying in a June letter to the Legislature that it is not designed to be a source of revenue.

“When emissions are down, revenues will decrease. We understand the frustration of groups that have traditionally relied upon… cap-and-trade. However, changes to the market system do not guarantee that funding will be available,” the industry group wrote.

Environmental advocates and lawmakers are pushing for other sources of funding for the state’s green programs.

“This letter is a reality-check, and hopefully a renewed call to action for the Legislature to vote on new revenue sources to promote equity before they adjourn this August,” Katie Valenzuela, policy and political director for the California Environmental Justice Alliance, said.