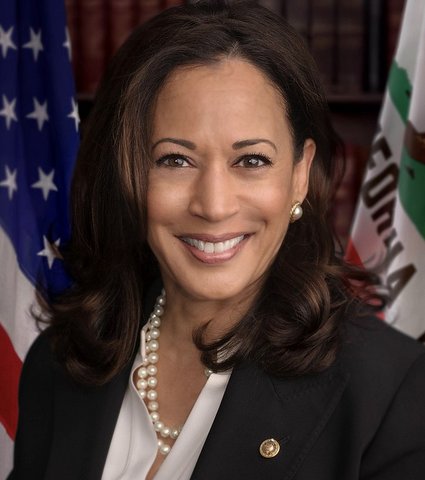 Editor’s Note: Democratic presidential candidate Joe Biden on Tuesday named Sen. Kamala Harris as his running mate. The news has generated a range of reactions, including excitement over the historic nature of a Black and South Asian woman being chosen, as well as concerns over her moderate stance and record as a prosecutor. So Richmond Pulse asked women of color to weigh in. Their comments have been lightly edited for length and clarity.

“I was just so happy. I felt like this was the happiest news I’ve heard all year. It was so uplifting. I have been following her as she was campaigning for president. I had bought Kamala 2020 for President pins, and I was so excited to hear she was running for president. Super sad when it didn’t work out, but this was definitely the best news of the year that she is possibly going to be the next vice president.

“As a biracial woman of color, I relate to her so much. Her father’s Jamaican and her mom is Indian. Both her parents are immigrants. My mom was born and raised in Malaysia, but her ethnic background is Sri Lankan. My dad is African American, and we have some Jamaican background. Also, Kamala and I have the same middle name, Devi, which means goddess in Hindu. So, for the longest time, I knew she was someone who looked like me, had similar background as me. That always caught my attention. She was a leader that I could always look up to and be inspired by — not only because of random racial connections but [because] she represents immigrants, she represents women, Black people, Brown people. I follow her work on DACA, the recent anti-lynching, the policing act, so she really fights for minorities. [It’s] so exciting to see someone who believes in minorities, who believes minority problems need to be addressed.”

“It’s a [historic] time to witness her getting the nomination, and it was [historic] to watch her run for president. She’s a great political leader. I don’t agree with her values. There’s a lot I wish she could do better. Our responsibility as a people is to work with her and push her in the direction of meeting folks where their values are. It’s an amazing moment to witness. We weren’t going to have a perfect candidate, but she’s pretty close and a very accomplished woman. We’re fortunate to be able to call her a nominee.

“The good part is that she has Bay Area knowledge. She’s from California, [so] she understands our needs. Being able to have a candidate that we can say to, ‘You’re from here. You’re from this community. Acknowledge our unique needs and build policies around that,’ is a good thing. But our work is far from done. We have to continue to push and organize. But it is her responsibility to open up once it comes to policy and accept people with more progressive opinions to inform what is going to realistically benefit us all.”

“First, we need to look at the national politics. The Democratic National Convention and Joe Biden really played up this idea of tokenism, of performative action, just by announcing they would be choosing a woman. They were going to use that card for political gain, and that’s problematic for any official to use women as a pawn to galvanize a certain segment of voters.

“I think she’s a way to get more voters because Biden knows he keeps saying reckless stuff such as, ‘You’re not Black if you don’t vote for me.’ Adding a Black woman as a VP would push this further. People who aren’t interested or involved in politics recognize names and familiarity, so putting Harris, someone people will recognize, will push them to vote for Biden and Harris.

“They slandered each other during debates, and now, they’ve teamed up. I wasn’t surprised Biden was saying he wanted a woman, specifically a Black woman, as VP. [He] and Kamala share similar views as moderates.

“This would be my first time voting, and I’m salty, but I’ll deal. It’s make me upset because it’s accepting whatever garbage the two-party system pushes out, but I don’t know if this country can take another four years of Trump or another Supreme Court justice with history of committing sexual harassment.

“I couldn’t care less where she was an [alumna]. She’s a cop. I don’t care. For some people, it’s aspiring and helps their goals I don’t want to be associated with her. If I’m repping an [alum], it’s Thurgood Marshall.”

“We have to get out and vote. Folks who say they are not going to vote need to get out and vote — not for Biden, not for Harris, but for themselves. For their families. For the next generation. Just the next four years, imagine all the possibilities of transformative justice and change that can happen. Not as a result of just these two individuals, but what we could do politically if we all stood together on this. Look, the Republicans, their strategy is to back their top candidate, so we have to get behind our values and principles around democracy. Vote for yourself. Vote for your community. Vote for your family. Vote to save your lives.

“I think we can win with Kamala Harris if we can somehow reconcile her record. Don’t think of her running as an individual, but think of her as part of a ticket that can get Donald Trump out of office. I’m voting for the Biden-Harris ticket, not because I particularly like Kamala Harris, not because I’m particularly excited about Biden but because I want to beat Donald Trump, and I want to have people in office [who] will at least meet with the community and talk out ideas and not feel like we are completely ignored by the White House.”

“I’m a radical liberal type. And the world cannot stand one second longer of Trump. He’s poison, fuel on the fire of everything that’s problematic with this country.

“I’m not a Kamala devotee. I remember her policies that victimized parents in need of support.

“And I’m not so dumb and self-centered to be unable to see the strengths this centralist Black-identifying woman of Indian descent can bring this country and this ticket.

“I am hopeful that she can help unseat Trump and that she will be strong enough and smart enough to methodically uproot the mess he left behind.

“People have to come before ideologies. It’s time to ally and fight.”