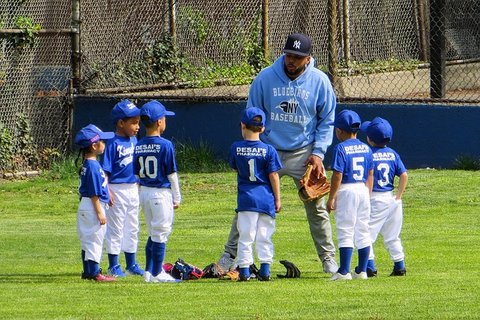 Posted at 14:08h in California, Politics by Danielle Parenteau-Decker 0 Comments

Youth sports coach could join a list of professions exempt from AB 5, allowing them to work as independent contractors. (Image by Andrea Hamilton from Pixabay)

After months of protests and tough negotiations with representatives from various industries, California lawmakers have released an updated list of professions that could be exempted from AB 5, the controversial worker re-classification law that went into effect Jan 1.
AB 2257, a new bill that revises some Labor Code sections affected by AB 5, will exempt artists, appraisers, insurance field representatives and youth sports coaches, allowing them to work as independent contractors. This is in addition to previous exemptions made for musicians, writers, photographers, tutors, interpreters and other industries.
AB 2257 is backed by Assemblymember Lorena Gonzalez (D-San Diego), who authored AB 5 and has been its primary advocate.
“We have utilized the reasoning in Dynamex, existing case law, and all of the provisions of workers comp and the [Unemployment Insurance] code developed over the last 40 years to try to create a framework for employment in California. We are confident that legitimate [independent contractors] will be able to work as such” said Gonzalez in a Aug. 27 tweet.
Assemblymember Christy Smith (D-Santa Clarita), co-author of AB 2257, said, “These clarifications to AB5 create additional industry specific pathways for people to work independently and prevent abuses that hurt workers and small business.”
Under AB 5, companies must determine whether their workers are employees according to criteria known as the “ABC” test. Workers can only be classified as independent contractors if A) Their work is free from control of the hiring entity B) They perform work that is outside the hiring entity’s usual course of business, and C) They have an independent business.
AB 5 has been challenged by various industries since it was introduced as a bill. Truck drivers won an injunction that prevented AB 5 from being enforced for their industry on Jan. 16. Recently, a California Superior Court judge ruled that rideshare companies Uber and Lyft must classify their drivers as employees. The judge later paused the injunction after the companies threatened to stop operating in California.
Uber and Lyft have also funded a ballot measure along with other rideshare and delivery companies that would exempt the companies from AB 5 restrictions if voters approve it in November.
If Gov. Newsom signs AB 2257 into law, it would take effect immediately.