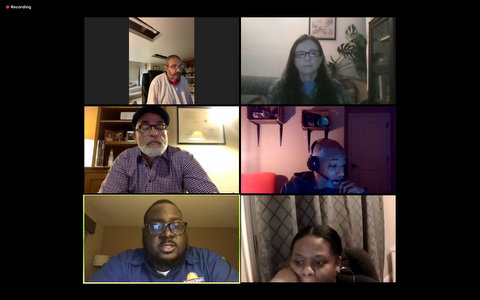 Posted at 10:33h in Police by Danielle Parenteau-Decker 2 Comments

The Richmond Community Police Review Commission voted Wednesday to continue an investigation into the shooting of Eric Reason by Richmond police Sgt. Virgil Thomas after Thomas died from complications of COVID-19 in August.

Thomas fatally shot Reason in Vallejo in November 2019 after the two men argued over a parking space, according to the Mercury News. The shooting was captured on video, but questions remain whether Thomas, who was off duty, was acting in self-defense because Reason was also carrying a gun.

Garcia’s motion to drop the investigation failed on a 2-4 vote, with commissioner Oscar Garcia also voting to approve. Commission chair David Brown then requested that investigator Jerry Threet conclude his investigation and bring it to the commission within the next two months, if possible.

Most commissioners ultimately disagreed with dropping the investigation. Several commissioners suggested the urgency of it had lessened after Thomas’ death.

Commissioner Carol Hegstrom raised the option of putting the investigation on the backburner, and Yenny Garcia initially agreed with that suggestion.

“I hate to drop it and just say we don’t care whether or not it was justified,” Hegstrom said. “I think we do care whether it was a justified shooting.”

Commissioner Randy Joseph said just because both Reason and Thomas are dead doesn’t mean it’s an “eye for an eye” situation. He said the commission should do the job they’re supposed to do and finish the investigation so the truth comes out.

Joseph added that dropping the investigation wouldn’t bring justice or closure to either side, that it would effectively put both Reason and Thomas in limbo.

“We have an investigation,” Joseph said. “We started it, we should finish it.”