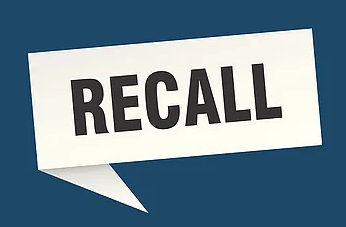 Posted at 07:00h in California, Politics by Danielle Parenteau-Decker 0 Comments

With just a few days left of actual voting on the Sept. 14 California governor´s recall election, turning out Latinos whose participation so far in this election has lagged behind other groups has become a focus of many activist campaigns.

According to the newest report and analysis of returned ballots by Political Data Inc, 36% of white voters have returned their ballots by Sept. 9, but only 20% of Latinos, 30% of Asians and 28% of African Americans have done so.

Latinos are the largest voting group behind whites in California, but only about 1 in 6 of them have returned their ballots.

In the next few days, as more opportunities to vote in person have opened and the final election day approaches, activists hope to push more of their constituents to make their voice heard.

Latinos and new voters were among the most influential group in turning California blue, after a series of anti-immigrant initiatives in the 1990s. Many activists see this recall as equally threatening to California 187 in 1994, which would have banned schooling and health care for undocumented immigrants.

But one of the issues that several Latino activists have reported as groups go out to try to mobilize voters, is that those voters, who had record participation in the presidential elections of last November, seem very confused about the process and not well aware of the recall election.

Several groups associated with Latino activism and voter turnout made heavy use of their political arm organizations to campaign against the recall, which they see as disastrous for Latinos.

“We have a field operation in Fresno and Modesto and making calls all over California to low propensity Latino voters,” said Eduardo Sainz, national field director of Mi Familia Vota, an organization that is using an independent committee to campaign against the recall.

“We know that having a Republican governor would mean the dismantling of a lot of progressive legislation and policy that has benefited communities of color,” he said. His organization finds many Latinos are surprised when told there is an election going on.

>>>Read: Here’s Why You Need to Vote in the California Recall Election

“Some have said: But I just voted, referring to the past presidential elections,” said Sainz. “Many haven’t heard or don’t have enough information.”

Marilu Guevara, Los Angeles League of Women voter executive director, finds that a lot of voters — not just Latinos — are still confused about the recall. “We get a lot of phone calls, they received a ballot but don’t understand the process.”

The low number of ballot returns by Latinos are not as unusual as they appear, said Fernando Guerra, executive director of the Center for the Study of Los Angeles at Loyola Marymount University.

“Latinos are late deciders,” said Guerra during a presentation to Latino leaders this week. “But it has been proven that if you pay attention to these voters, they turn out.”

Some Latino leaders have been saying behind the scenes that not enough resources were invested in turning out the community, a common issue in most political cycles.

But other problems have besieged this very short campaign, including the fact that Latinos may be distracted by the heavy toll the pandemic has had on their community, issues of their children going back to school, worry about economics, etc.

“Most people we talked to didn’t know a campaign was happening,” said Angelica Salas, who heads the Chirla Action Fund, also working to defeat the recall.

On the last Thursday before the election, Gov. Gavin Newsom joined an event with the Million Voters Project Action Fund, a group of seven diverse networks, including, among others, the Asian Pacific Islanders for Civic Empowerment, California Calls, the Coalition for Humane Immigrant Rights of California, PICO California and the Orange County Civic Engagement Table

The group has made 3 1/2 million get-out-the-vote phone calls and knocked on 20,000 doors and they are driven by “not wanting California to turn into Texas.”