04 Aug Now is Not the Time to Drop Our Guard on COVID, Experts Say

Posted at 11:49h in COVID-19, Health by Danielle Parenteau-Decker 0 Comments

Health experts say that even as more people are vaccinated and boosted, the coronavirus is here to stay. And they warn that future variants will likely keep medical practitioners and researchers on their toes as they work to keep both infections and the severity of infections down.

Their message to the public is: Don’t let your guard down.

“COVID is going to be with us for the foreseeable future,” said Dr. William Schaffner, professor of medicine in the Division of Infectious Diseases at Vanderbilt University School of Medicine. “We’re struggling to figure out how we can keep this virus down and minimize its damage, and still at the same time enjoy a reasonably normal life.”

Schaffner was among a panel of speakers for a July 29 media briefing organized by Ethnic Media Services on the latest COVID variant, and the mounting questions around the pandemic and vaccine efficacy.

COVID-19 cases, deaths and hospitalizations are once again on the rise in the U.S. More than two-thirds of Americans have tested positive for COVID, including President Joe Biden, who tested positive for the second time in a case of COVID rebound. The BA.5 subvariant of omicron is now responsible for more than 78% of infections in the country, according to data from the Centers for Disease Control and Prevention.

But public health experts say the figures could represent a severe undercount, with many people failing to report positive results from at-home tests.

Shaffner stressed that updated vaccines will continue to be an essential part of the broader strategy. “We need more durable, long-term protection against a broader array of different variants, the ones we know and the ones we don’t know yet,” he said. “We would like vaccines that abort and prevent the actual infection at the surface of the mucous membranes, not just vaccines that protect against serious disease.” 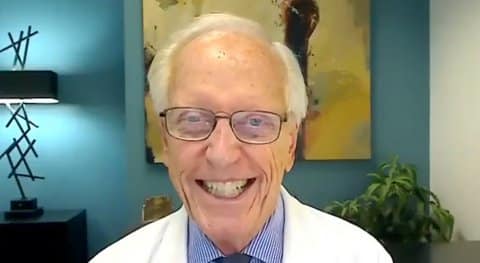 Dr. William Schaffner, professor of medicine in the Division of Infectious Diseases at Vanderbilt University School of Medicine.

Nasal vaccines, which can be administered via a spray or dropper, are gaining more attention among clinical researchers and could offer another route to increasing vaccination rates. The NovaVax vaccine, recently authorized by the Food and Drug Administration, was licensed for an initial two-dose series, but not yet for a booster.

But Dr. Ben Neuman, professor of biology and chief virologist of the Global Health Research Complex at Texas A&M University, has his doubts.

“NovaVax vaccine is fine, but it’s about two years too late,” he said, adding the drug does not replicate the virus as effectively as other vaccines. “NovaVax has this very delicate spike protein that is transported and protected very carefully; a little bit survives to go into your body… With the mRNA vaccine, you get perfect pristine spikes exactly the way nature intended.”

Neuman noted that to date there have been 15 mutations of the omicron variant, including the newer BA.5 and BA2.75 subvariants, for which the current vaccines appear less effective.

Nearly a third of Americans remain unvaccinated, while a majority of COVID-related deaths are occurring among people 65 and over, including those who have been vaccinated.

Speakers stressed that masks continue to play a critical role in slowing the spread of the virus, particularly for those who are at high risk because of age or underlying conditions.

In April, a federal judge struck down the Biden administration’s mask requirement for public transit, airlines and transportation hubs. The Justice Department is expected to appeal the ruling. 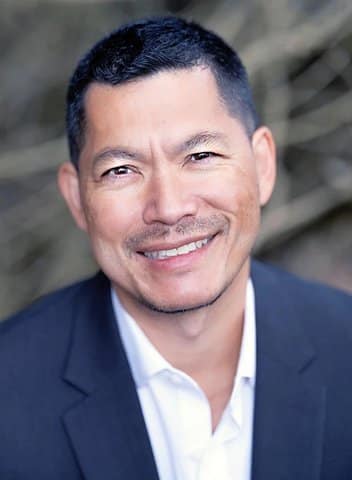 Meanwhile, one-third of Americans have managed to avoid being infected by the virus altogether. According to Dr. Peter Chin-Hong, associate dean for Regional Campuses at the University of California, San Francisco, four factors help explain this trend.

Some people may be genetically disposed to having higher resistance to the virus, said Chin-Hong, something doctors saw during the early years of the HIV/AIDS crisis. These individuals could play a role in future research on therapeutics for COVID, Chin-Hong noted.

Behavior could be another factor, “as some people in the same household may be taking more precautions” in terms of wearing a mask or having close contact with other people. The timing of vaccines also plays a role, as the risks of infection have fluctuated over time during the pandemic.

Chin-Hong believes that wastewater inspections can help to clarify the picture around actual infection rates. Unlike relying on tests and self-reporting, wastewater can help researchers understand the extent to which the virus is spreading within a community.

“For example in California, the level of wastewater virus is very similar to (reported COVID levels) in January, when more people were getting tested,” explained Chin-Hong. Based on this data, current case rates would be far higher than the 130,000 daily infections now being reported.

A summer surge of Respiratory Syncytial Virus, which can cause COVID-like symptoms, could also explain why a lot of people have received negative results on their home testing kits, said Shaffner.

“The rapid tests are also less apt to give you a positive result in this BA.5 era… that is why the CDC keeps focusing on hospitalizations, because they remind us that there is this important public health problem.”

Therapeutics such as PAXLOVID have proven to be effective in preventing more severe diseases, mostly among older adults. And there is a monoclonal antibody that can be given to some people who are resistant to PAXLOVID. But experts insist that vaccines remain the most essential tool to fight the virus.