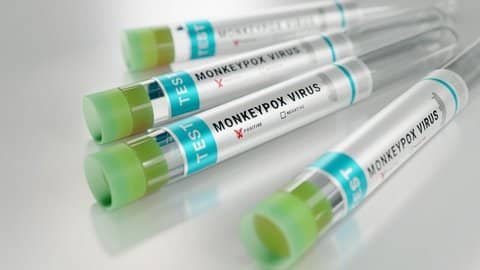 09 Aug The Monkeypox Health Crisis: How California Is Responding

As the monkeypox virus outbreak spreads across the globe, Gov. Gavin Newsom says California will need to galvanize “forces” across regions and relax some state regulations and statutes to combat a disease that poses a threat greater than local authorities may be able to respond to effectively.

“California is working urgently across all levels of government to slow the spread of monkeypox, leveraging our robust testing, contact tracing and community partnerships strengthened during the pandemic to ensure that those most at risk are our focus for vaccines, treatment and outreach,” the governor said Monday night as he declared a state of emergency in California.

The California Department of Public Health has begun to collect and report racial and other demographic data, tracking how the disease is impacting various groups across the state.

“We are prepared to take our response to the next level in addressing this virus and we urge every American to take monkeypox seriously,” said U.S. Health and Human Services Secretary and former California Attorney General Xavier Becerra.

CDPH Director and State Public Health Officer Dr. Tomás J. Aragón says he welcomes the federal health emergency because it opens up channels for California to get more access to resources to slow the spread the disease.

“We hope today’s action injects additional federal funding and resources into our collective response efforts. The state remains focused on slowing the spread of the virus in impacted communities, administering the limited number of vaccine doses we have, and raising awareness about prevention measures and access to treatment,” Aragón said, before adding that California is “well-positioned” to tackle the outbreak.

Although monkeypox is not considered deadly, the disease can be fatal for some categories of people, according to public health authorities. Symptoms of the disease, lesions and blisters, can be extremely painful in some cases as well.

“Over 99% of people who get this form of the disease are likely to survive. However, people with weakened immune systems, children under 8 years of age, people with a history of eczema, and people who are pregnant or breastfeeding may be more likely to get seriously ill or die,” the CDC reports.

According to the governor’s office, CDPH has taken a number of steps to expand access to vaccinations and the state has launched a public information campaign, mostly relying on webinars and town hall meetings to get information about monkeypox out to people across the state.

“CDPH is also expanding treatment options. Access to the antiviral prescription drug tecovirimat (Tpoxx) used to treat monkeypox is limited, but the treatment can now be administered at more than 30 facilities and providers across the state,” a press release issued by Newsom’s office states.

As of Aug. 2, the state had distributed nearly 1,713 treatment courses and 168 intravenous doses of tecovirimat to health centers in various locations across the state.

So far, the CDPH has received a little over 109,000 monkeypox vaccines — of which 51,000 doses have been distributed to local health departments across the state.

Among Black Californians, there have been 129 cases reported so far, accounting for about 11% of all confirmed cases in the state. African Americans make up about 6.5% of the state’s total population.

Shortly after the governor declared a state of emergency, Shane Harris of the Peoples Association of Justice Activists, a San Diego-based advocacy group, called on San Diego County to release demographic data on monkeypox cases in that county.

“The governor has declared a state of emergency as of last night, and constituents deserve to know the truth about this virus in our region,” said Harris speaking at a press conference. “My office led this argument during COVID that we needed more demographic data, and the county’s response is that we did not have enough cases at that time. I want them to know that response will not work this time. There is never too few of cases.”

At the state level, the CDPH has begun to disaggregate the monkeypox data it is collecting by race, city, hospitalizations, gender, age and sexual orientation.

The age group with the highest number of reported monkeypox cases (482) are 25-to-34-year-olds, who make up about 36.8 % of all confirmed infections in California.

“Our team is also committed to reducing stigma among the LGBTQ community, which has been singled out and treated unfairly because of this outbreak. No single individual or community is to blame for the spread of any virus,” Aragón reinforced.

When it comes to race, Harris said it is important to approach the containment and treatment of monkeypox with the same “perspective and passion” that characterized the state government’s response during the COVID-19 pandemic.

“Race and ethnicity were very important during COVID because we studied the very impact of cultural competency pertaining to COVID – how different communities dealt with it. It is still significantly important today,” Harris said.