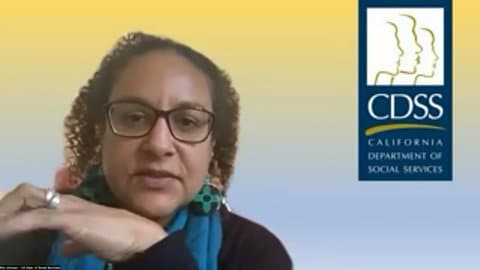 As the recent storms come to an end in California, their impact has shown the importance of natural disaster preparedness.

At an Ethnic Media Services online media briefing titled “Staying Safe and Alert Through the Storms — It’s Not Too Late to Be Prepared,” representatives from the California Governor’s Office of Emergency Services spoke Tuesday about the state’s response to recent storms, which focuses on educating the public on dealing with hazards and informing them about resources available for affected residents.

Diana Crofts-Pelayo, assistant director of crisis communication and public affairs at Cal OES, said it is everyone’s responsibility to prepare for another disaster.

“Have those conversations with your family now,” Crofts-Pelayo said. “Communicating and checking in with loved ones can really help be part of this culture of preparedness and resilience that we can have here in California.”

While storms have been widespread in California, three counties have been affected so significantly that President Biden approved a major disaster declaration that provides funding for housing and repairs. Residents in Merced, Sacramento and Santa Cruz counties are able to receive assistance for damages flooding has caused since the end of December.

Historically, all counties in California have been declared a federal disaster area at one point or another because of flooding, but some are at  greater risk. Areas in Northern California and the Sacramento Valley are especially susceptible to flooding.

Vance Taylor, chief of the office of access and functional needs at Cal OES, said a priority for the state is making sure resources are properly distributed. Vulnerable communities, including older people and those who are economically disadvantaged, are some of the most affected by flooding and other disaster events.

>>>Read: Shelter from the Storm Not Enough for Homeless People

Older people, who often are already isolated, can find themselves even more isolated after a natural disaster. The Institute on Aging offers a friendship line that older people can call for help during a crisis or just to talk. The line is toll free, open 24 hours and reachable at (800) 971-0016.

Kim Johnson, director of California’s Department of Social Services, said a similar line is available through CalHOPE to all residents seeking emotional support. People may call the CalHOPE warm line at (833) 317-HOPE (4673).

“Everything from getting that person to talk to, to a person that’s going to connect to additional basic needs,” Johnson said. She said California has some of the strongest supportive services in the country, and they continue to be strengthened.

Services evolve over time but also while emergencies happen. Johnson said information sharing during disasters identifies areas where the most help is needed. When residents are evacuated, for example, temporary shelters assess accessible and functional needs.

“It’s absolutely their purpose to get people connected to anything that they might need,” Johnson said.

In addition to knowing what resources are available to them, Californians can also educate themselves on how to protect themselves during a disaster like a flooding event.

Cal OES recommends having an evacuation plan in the event of an earthquake, fire or flood. Making sure everyone in your household knows the plan ahead of time can be crucial to avoiding injuries.

During flooding events, water can become unsafe to use. Drinking unsafe water and using it to cook or bathe has the potential to cause sickness. For most people, their drinking water will be managed by an authority that will alert them if tap water should not be used. Knowing which agency is responsible for your water supply before a disaster can prevent unsafe water consumption.

Floodwater itself should be avoided. It can contain toilet water, sharp objects or other contaminants that can cause harm.

Californians can sign up to receive emergency alerts at CalAlerts. More information on emergency preparedness can be found at California’s Health and Human Services Agency’s emergency resource guide.