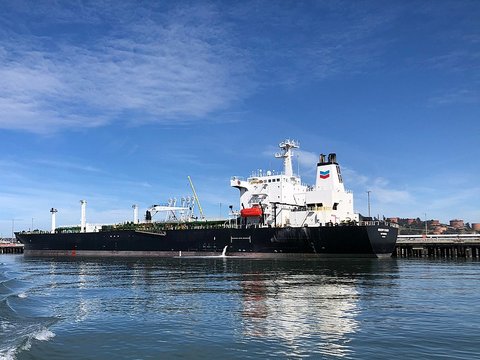 06 Sep Shape Up or Ship Out: California Requires Ships, Trucks to Eliminate Thousands of Tons of Pollution

Posted at 10:00h in California, Environment by Danielle Parenteau-Decker 0 Comments

Ships and trucks will be required to cut thousands of tons of air pollution in communities near ports, freeways and warehouses under a pair of rules unanimously adopted Aug. 27 by the Air Resources Board.

The rules overhaul regulations for diesel truck exhaust and expand emission reductions from ships idling in California’s ports. The two rules, when fully implemented, are expected to eliminate some 10,000 tons of pollution per year, the state’s biggest strike against smog in twelve years.

Some of the nation’s most powerful businesses — oil companies, engine manufacturers and ports — opposed the new rules, saying the battered economy cannot weather changes that could reach nearly $7 billion. The air board’s hearings on the two rules lasted about more than eight hours, with dozens of people voicing support and opposition.

Moving goods from ship to truck to warehouse accounts for nearly a third of California’s economy, but about half of its air pollution. Much of the pollution affects disadvantaged communities and communities of color near ports, freeways and freight corridors.

Diesel trucks are California’s number one source of a key ingredient of smog called nitrogen oxides, and they produce about a quarter of cancer-causing soot emitted statewide. Although federal efforts to clean up trucks have stalled, California will nevertheless need to slash nitrogen oxides and soot in order to meet federal health standards.

In June, California adopted the world’s first regulation requiring manufacturers to ramp up sales of zero-emission trucks and buses over the next 15 years. But conventional heavy duty trucks will remain on California’s roads, spewing fumes in communities near railyards, ports and warehouses.

Traffic and slow speeds prime trucks to pump out nitrogen oxides — but right now, certification tests fail to capture those conditions. The new regulations require manufacturers of medium and heavy-duty engines to test them in ways that more closely mimic real traffic, and to extend the lifetime of emissions-control technologies.

Manufacturers objected to the cost and the timeline.

“The rule is not technically sound or cost-effective, and…fails to provide the legally mandated minimum lead time,” said Jed Mandel, president of the Truck and Engine Manufacturers Association. “If implemented the rule will not achieve its air quality goals, and will harm California’s economy.”

But air board officials said the health benefits are also significant — avoiding 3,900 premature deaths and 3,150 hospitalizations across the state, which translates to health benefits of about $36.8 billion.

Ivette Torres of the Center for Community Action and Environmental Justice, based in the Inland Empire, called the rule a step in the right direction in resolving the “tremendous health impacts heavy trucks have had on our communities,” which has suffered unhealthful smog levels for most of August.

Home to the busiest ports

Another rule approved today expands pollution controls on ships that dock in California’s ports thousands of times a year. California is home to some of the busiest ports in the country. Even sitting still in harbors, ships churn out tons of pollutants that drift to neighboring communities, particularly near major ports in Long Beach, Los Angeles and Oakland.

The new requirements bolster clean-air mandates that ports already have implemented over the past decade.

Since 2014, all ships have been required to switch to cleaner-burning fuel within 24 nautical miles of the coastline. And container, cruise and refrigerated cargo ships at California’s six largest ports must reduce their emissions by cutting auxiliary engines and plugging into the electric grid, or capturing the pollution billowing from their smokestacks.

The new standards — to be phased in from 2023 through 2027 — toughen those mandates, and broaden the requirements to include auto carriers and oil and fuel tankers, as well as additional ports and terminals.

That means ships making roughly 6,300 visits to California’s ports every year must comply, up from 4,000 under previous rules. By 2031, the new rule will eliminate roughly 2,000 tons of smog-forming gases and diesel soot per year.

Longshoremen worry that the increased costs of the regulations might push shipping companies to less-regulated ports across the country.

“We depend on the jobs that the port provides for us,” said Danny Miranda, president of International Longshore and Warehouse Union Local 94. “Without a national standard on air quality, we lose competitiveness with the other ports, and it has a great effect on our economy.”

The ship regulation will cost about $2.23 billion, including installation of shore power and systems that scrub pollution from smokestacks. That will add about $4.65 per cruise ticket, $7.66 for each car coming off an auto carrier and less than 1 cent per gallon of fuel in a tanker, according to the air board’s estimates.

Miranda said he was especially concerned given the economic crisis and recent drops in trade during the coronavirus pandemic. Ports are rebounding, however: the Port of Long Beach reported that July was its busiest month ever.

At the board hearing, oil company officials who opposed the rules said that the estimates for how much tankers pollute is overstated. But electrical workers welcomed the new jobs that increased demand for shore power would create.

Environmental advocates and residents say the regulations will help clear the air for several million people who live in communities near ports, where pollutants trigger asthma attacks and other health problems. But some said that the regulations don’t move fast enough.

“Keep in mind, these emissions reductions still won’t kick in for another couple years,” said Francis Yang, the Long Beach and South Los Angeles community organizer with the Sierra Club’s My Generation campaign. “That’s more time that ships get to continue to pollute our air. That’s more time for the same frontline communities to have to wait to breathe.”

Within three years, ships and harbor craft are expected to be one of the leading sources of nitrogen oxides in the Los Angeles basin, which is home to some of the dirtiest air in the country.

Ship engines also spew diesel exhaust, which is a well-documented carcinogen linked to lung cancer, and fine particles that increase the risk of heart attacks and asthma attacks.

The air board estimates that the new regulations will cut the cancer risk from ship pollution by more than half, and will save $2.32 billion in avoided deaths, hospitalizations and emergency room visits, particularly in disadvantaged communities.