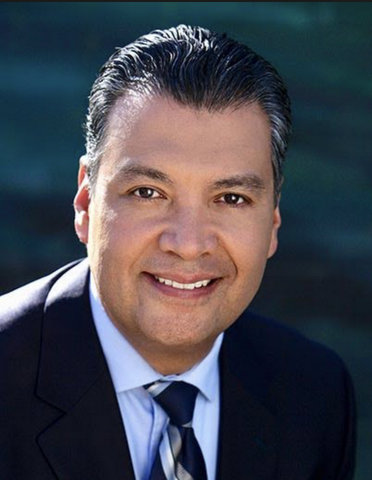 16 Sep Secretary of State: Many Ways to Vote Before Nov. 3

Posted at 16:21h in California, Politics by Danielle Parenteau-Decker 0 Comments

But in an hourlong presentation about the election, voting rights and vote-by-mail, he said voting should not be considered a single-day opportunity to cast a ballot.

“A lot of people refer to Tuesday, Nov. 3, as Election Day. Officially, it is. But I like to think of it as the last day to vote,” Padilla said.

The secretary made his remarks during a teleconference with media sponsored by Ethnic Media Services.

Padilla stressed that his office is working with election officials in all 58 California counties to provide a safe and accessible opportunity for people to vote, particularly by encouraging voting by mail.

“We had a very successful primary election with record registration and record turnout,” Padilla said. “But that was just before we began to feel the widespread effect of the COVID-19 pandemic.”

In the wake of the effects of the pandemic, the state ramped up policies to ensure voter access and participation.

“Starting with vote-by-mail,” Padilla said. “Voting by mail has been growing in popularity so we decided that every active registered voter will receive a ballot in the mail in advance of the November election.”

In March, more than 70% of the ballots cast were vote-by-mail ballots. “It’s a great start,” Padilla said. “But we are going to be encouraging vote-by mail as the first and safest way for people to vote.”

Vote-by-mail ballots will begin to go out the first week in October. Ballots have to be filled out and postmarked no later than Nov. 3 to be counted.

In another move to build trust in the vote-by-mail idea, the state has expanded ballot-tracking capability too.

“Any voter in the state can sign up online to receive alerts by email, text message or voice call on the status of their ballot through the postal service,” he said. Voters will receive a notification when the county sends the ballot, receives the ballot and when it’s been counted.

In addition to specific pandemic safety protocols put into place across the state at in-person polling places, many counties, including Contra Costa, offer curbside voting if the voters make prior arrangements to use the service.

“The ballot is brought to the vehicle and retrieved once the voter has made their selections,” he said.

Information about Contra Costa County drop-off locations will be included with ballots sent out to voters, a county elections office spokesman said.