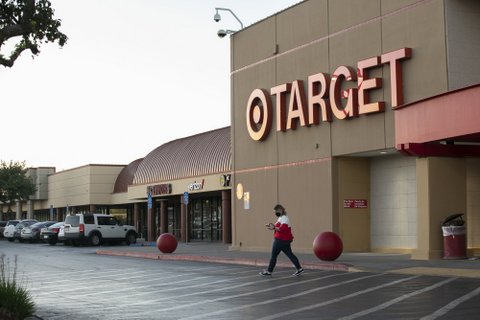 If passed by voters, Prop. 15 would raise taxes on commercial properties like this Target in Pittsburg. (Anne Wernikoff / CalMatters)

When Californians approved Proposition 13 in 1978, critics of the landmark ballot measure say voters did not foresee many of the unintended consequences of capping property taxes on both residential and commercial land: lower school funding, cash-strapped cities, major corporate tax benefits.

Forty-two years later, Californians are about to vote on Proposition 15, which proponents say will solve many of those problems by raising taxes on commercial properties.

But opponents worry it could exacerbate one: California’s housing crisis.

The changes proposed by Prop. 15 are the most meaningful alterations to Prop. 13 proposed in decades. Backed by teachers’ unions and high profile Democratic elected officials like Gov. Gavin Newsom and Sen. Kamala Harris, Prop. 15 would raise property taxes on commercial properties to their market value, generating billions annually for cities and schools.

Not only could California cities then receive sales taxes from commercial properties — they could receive higher property taxes too. If weighing approval of a new Target or a new apartment complex, the financial scales might be even more tilted against housing.

“Housing production is death by a thousand cuts, and this could be one of those thousand cuts,” said Micah Weinberg, chief executive of California Forward, an advocacy group that pushes good governance and economic development reforms.

“(Prop. 15) will raise billions of dollars for local governments and schools, that’s not imaginary,” said Weinberg. “That is something we may decide as a state is worth the trade-offs.”

Some Prop. 15 supporters counter the reform will only serve to boost housing supply, as it will push developers to finally do something with vacant land.

“Prop 15 would clearly incentivize underutilized and underdeveloped property to be developed, and some of those developments are going to end up being multifamily housing, which is what the data is telling us,” said Alex Stack, communications director for the “Yes on 15” campaign.

Here’s what we know and don’t know about how the initiative could impact California’s housing woes.

Ron Gould spent 29 years in municipal government in Walnut Creek, Poway and a range of mid-size California cities before retiring as Santa Monica’s city manager in 2015. When he heard that some researchers doubted whether Prop. 13 had contributed to California’s housing shortage, he called that doubt “outlandish.”

If a vacant lot in one of Gould’s cities was redeveloped into a Target or a BMW dealership or an Apple store, the sales taxes those businesses generated would provide an alluringly fresh stream of revenue into city coffers. If the vacant lot was turned instead into an apartment building, in most circumstances property tax revenues would go up only marginally every year, even as the value of California real estate skyrocketed. Plus, the city would have to pay for all of the services — schools, parks, roads, etc. — the residents of those apartments would need.

“The city is always quick to point out that we’d be very happy to process your application for a hotel, for a big box retailer, for a mixed use development with state-of-the-art retail,” said Gould. “That always would ring the bell with the city council and the planning commission.”

While Gould and his fellow city managers — as well as countless developers — may scoff at the notion that Prop. 13 hasn’t tilted land use decisions toward commercial development, academic literature is surprisingly mixed on the topic.

The so-called “fiscalization of land use” — policy wonk-speak for the phenomenon — is a staple of urban planning theory for how a city’s immediate financial incentives are often woefully misaligned with broader community needs. Thus, the car dealership instead of low-income housing.

But the complex forces that dictate what gets built in any given city are difficult to parse, and the empirical studies on the topic offer conflicting conclusions. An analysis from the nonpartisan Legislative Analyst’s Office found scant evidence that fiscal incentives drive California’s land use decisions. Looking at 73 pairs of California cities with similar geographic and demographic features, the LAO found that cities more reliant on sales taxes were not more likely to permit retail than cities less dependent on them.

“It’s an open question as to whether this is really how local governments operate,” said Solomon Greene, senior fellow at the Urban Institute, a Washington, D.C.-based think tank. “Is this the pressure they are most susceptible to?”

Karen Chapple, a professor of urban planning at UC Berkeley, argues you can prove the fiscalization of land use is rife throughout California — you just need to look in the right places.

“It’s particularly acute in the suburbs,” said Chapple, referencing a study she conducted looking at how thousands of parcels of land across the state were rezoned between 2007 and 2013. Suburbs are not usually completely built out the same way a city’s downtown is, leading to more vacant land. More vacant land means more opportunity to zone for commercial developments instead of housing.

Chapple’s research also suggested that suburb’s land-use decisions not only came at the expense of much-needed housing, but tended to produce lower-wage jobs and longer commutes for the workers that took them.

How “split roll” could factor in

Developer Jeff Schroeder specializes in single-family-home developments in affluent Bay Area suburbs. While he believes “not in my backyard” sentiments are typically more of an obstacle to his projects than a city’s fiscal prerogatives, he fears that if Prop. 15 passes, the scales will tilt far more against residential development. Not only could cities receive sales taxes from retailers, but significantly higher property taxes from those businesses as well.

“Quite frankly if the conventional thought is now we can assess commercial properties at even higher tax rates, that would make it even more of a focus of cities to get as much revenue as you can,” said Schroeder.

An Urban Institute study co-authored by Greene tried to simulate what effect Prop. 15’s “split roll” — taxing commercial property at a higher rate than residential — would have on housing in four California cities: Berkeley, Fresno, Los Angeles and Chula Vista (in the greater San Diego area).

The study made several counterintuitive findings. First, there simply weren’t very many parcels of land that cities would plausibly rezone from residential into commercial uses. In all 52 square miles of Chula Vista, the analysis found only five pieces of land on which the city would have a strong incentive to rezone.

Perhaps more surprisingly, the study found that far more land currently restricted for commercial uses could be redeveloped as residential space as commercial property owners try to avoid Prop. 15’s higher tax rates. In Los Angeles, more than 8,100 parcels of land are vacant or contain aging commercial or industrial properties whose owners may be more inclined to redevelop into apartment buildings than Best Buys. Prop. 15 could actually result in more housing, rather than less.

“We know there are a lot of underutilized commercial and industrial properties across the state where the owners are paying next to nothing in taxes.  There’s really no incentive to activate those properties,” said Greene.

Greene acknowledges the study has its limitations. With the exception of some parts of Chula Vista and Los Angeles, none of the four cities analyzed are classic California suburbs with significant amounts of vacant land. The study also does not incorporate the cost of providing services to new residential developments, a significant deterrent for many local governments.

The pandemic and commercial property values

Cities’ appetite for big box retailers over housing rests on an increasingly antiquated assumption: that customers will actually go inside brick and mortar stores and buy things.

Amazon and e-commerce broadly has taken a major bite out of strip mall staples like Barnes & Noble’s, Best Buy and…well, Staples. The collateral economic fallout has also diluted the sales tax flowing into cities from these stores, and thus the incentive to pursue commercial developments over residential.

“Suddenly you go to the brick and mortar store and nobody is going in there anymore,” said Gould, who supports Prop 15. “So no one is building them anymore.”

Office parks and hotels were often attractive revenue-generating alternatives as the internet economy ascended, but early indicators suggest the COVID-19 pandemic has thrown the value of all types of commercial property into at least temporary free-fall.

Even if and when a vaccine arrives, a more permanent shift towards telecommuting amongst large employers may render demand for California office space anemic. And yes, there is a limit to how many cannabis stores — a novel revenue source for local governments — can occupy a city block.

The pandemic-induced decline in commercial property values means even if Prop. 15 passes, the tax revenue gap between commercial and residential land use may not be as wide as some fear. Moreover, cities may see far fewer proposals for major commercial or industrial developments than in years past. Meanwhile, California’s residential property market, especially for single-family homes, continues to soar.

Lori Droste, a Berkeley city council member who has advocated for more market-rate and low-income housing development in the East Bay city, argues voters should also keep in mind what Prop. 15’s new revenue could be spent on.

“We could use that money to build affordable housing, which we all know is so expensive to build,” said Droste. “I absolutely see that as a priority for the city.”