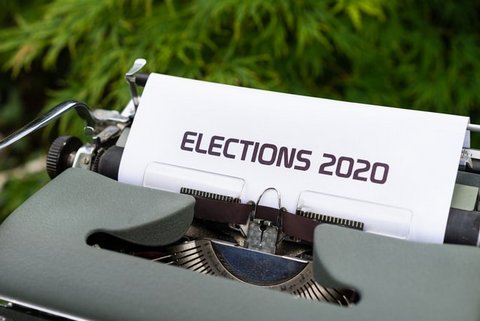 03 Nov How Not to Freak Out: A User’s Guide to California’s Election Night Results

Posted at 12:01h in California, Politics by Danielle Parenteau-Decker 0 Comments

If you were looking for the best advice on how to spend the hours after the polls close on election night, here’s the best we have to offer: Go do something else.

Turn off your TV, close your computer, put away your phone. Now go for a walk. Bake a dessert with your family. Take up knitting. Pop a few melatonin and go to sleep early. Do anything but spend the remaining dark hours of Nov. 3 ping-ponging through the cable news channels, doom scrolling on Twitter and watching the New York Times’ dreaded needle (or CalMatters’ own California election results tracker) for any sign of what the will of the people will hold.

But you are not looking for the best advice on how to spend tonight. We know this because you’re reading an article called “A user’s guide to California’s election night results.”

So as you rake through the tea leaves of exit polls, cable news pronouncements and the earliest of actual results, here are a few tidbits of advice and context to keep in mind:

An early blowout in Florida and up the Atlantic seaboard could bring the presidential race to a quick close before the polls have even closed in California. Or it could all come down to Pennsylvania — a state where ballot counting can’t begin until Election Day itself — in which case we might be waiting for days.

But even if the race at the top of the ticket is over, California’s fiercest congressional, legislative and ballot measure races will take some time to figure out. As a state, we should be used to the wait.

Ballots cast in person have to be carted up and then driven — or ferried by helicopter — from far-flung voting centers to county headquarters. Those cast at the last minute have to be processed and verified. Voters might need to register to vote on Election Day, leave their mail-in ballot at home when they go to the polls or send theirs to the wrong county. All of those voters will have their ballots counted here, but it takes time. In both 2016 and 2018, it took 30 days for every last vote to be tallied.

This year, California ballot counters have a jump start on the process. As millions of early ballots have poured in over the last weeks — by mail, dropbox or otherwise — state law has allowed county registrars to pre-process them and load them into tallying machines ahead of time. That means that in most counties a sizable chunk of all the votes will be reported almost as soon as the polls close.

Joe Holland, Santa Barbara County’s registrar, is feeling particularly optimistic: He predicts his office will report all ballots cast in-person on Election Day and 85% of the ballots sent in early by 8 p.m. “It’s unprecedented the number of ballots we’ll have counted,” he said. ‘It will easily be twice as many as we’ve seen before.”

But even that will leave tens of thousands of ballots left to tally. And that’s just one county.

So especially if races are competitive, be prepared to wait.

“Just because Election Day has ended doesn’t mean there aren’t ballots left to be counted,” said Mary Currin-Percival, a political science professor at San José State University. “I would ask people to be patient. We would rather have this be accurate than quick.”

With the bulk of ballots likely to be counted on election night, many races will hit a point of no return.

“We’ll know the likely outcome of many races on election night,” said Rose Kapolczynski, a Democratic political consultant. If a ballot measure has racked up only 40% of the vote by 9 p.m., for example, “there may not be enough votes left to affect the outcome because no one gets 100% of the remaining votes.”

For close races, geography can offer a clue. Just like massive turnout in rural Pennsylvania might be good news for Trump or a surge in Maricopa County could herald a Biden win in Arizona, California has its own electoral bellwethers.

Example: A recent Public Policy Institute of California survey showed Proposition 15, which would hike property taxes on many commercial and industrial landlords, was performing 13 points higher among Los Angeles voters than among voters in the Central Valley. “If there are a large number of outstanding votes in LA, but the Central Valley has counted most votes, that keeps hope alive for Prop. 15,” said Kapolczynski.

Steve Maviglio, spokesperson for the campaign to defeat Proposition 21, which would allow cities to expand rent control, said he’ll be looking at San Francisco in particular. In 2018, that was one of only two counties in the state where a majority of voters backed a similar measure.

“We’ll be keeping our eye on that to see how much the margin has changed — and San Francisco results generally come in pretty quickly,” he said.

Prop. 21 hasn’t fared well in the polls. But Maviglio said he’s not counting on anything this year. For election night, he said he’s written three statements for all three possible scenarios: Win, lose or too soon to say.

Initial Democratic gains may be deceiving

In a normal election, California returns follow a familiar pattern: The first returns are reported and then, as more ballots are counted over the coming days, they inch gradually, but reliably, toward the Democrats.

There was no funny business involved here. It was just a consequence of the order in which different ballots were cast and then counted. First, came the early votes. These generally came from the most passionate and reliable voters, which often meant older and wealthier voters, which often meant Republicans. Then came the day-of, in-person voters, followed by mail-in ballots postmarked on Election Day but arriving days later, ballots from new voters who had to register on Election Day, and those from voters who forgot to sign their mail-in ballot, signed it incorrectly or sent it to the wrong place. This second group tended to skew Democratic.

It’s a pattern so predictable that election watchers have coined terms to describe it: a “red mirage” on election night yields to a “blue shift.”

Don’t expect that pattern in 2020. It’s another way in which this Nov. 3 will be the “opposite day” election. This year it’s Democrats who are voting early in unprecedented numbers and Republicans who, following the advice of the president, are voting in person closer to Election Day. That means the first results reported at around 8:01pm are likely to be a disproportionately Democratic “blue mirage.”

“A blue wave is going to smash on the shore early and then there’s going to be a little Republican riptide with the in-person voting,” said Paul Mitchell, with the electoral research firm Political Data Inc.

Currin-Percival at San José State said she expects multiple shifts: an initial Democratic early-vote surge, followed by a bevy of Republican in-person votes, followed by provisional ballots and other stragglers that pull the results back toward the Democrats.

Republican political consultants across the state are preparing their candidates for the same shock: Expect a bad election night. But just wait.

It’s a safe bet that 2020 is going to be a high-turnout election.

Texas has already reported more early votes than all the ballots cast in 2016. California hasn’t gone quite so gangbusters, but as of Monday, half of the state’s registered voters had already cast a ballot.

How high is 2020’s high? Will turnout exceed the blowout year of 2008, when nearly 80% of registered voters and 60% of all eligible adults cast a ballot? And will the rising tide include groups that don’t traditionally flock to the polls — specifically, young Californians and Latinos?

“These are just insanely high numbers, which gives a very strong indicator that we’re going to have a very good year for turnout, and that usually is good for representation,” said Mindy Romero, director of the California Civic Engagement Project at the University of Southern California. “But we just don’t know.”

And we won’t know for sure for at least a month. This year, every active registered voter in California received a ballot. Until all of the ballots are returned and counted, we won’t have a final tally. It will take weeks beyond that to match all of those votes with demographic data to find out which demographic groups turned out with what kind of fervor.

Until then, we have exit polls. But don’t put too much stock in those, said Dean Bonner, associate survey director at the Public Policy Institute of California.

Traditionally, exit polls are conducted as voters leave polling places. But that’s an especially useless technique when most voters are voting by mail.

Today, pollsters will often make up for that fact by also calling voters at home. But even then, because pollsters don’t know what the total electorate looks like — how many young people voted, how many suburbanites, etc. — they will have a hard time putting together a properly representative sample, said Bonner.

Where exit polls can help is in revealing the motivation of voters. And that can be telling.

“If concern or worry about coronavirus is (reported as) a top issue for most voters, then you might think that’s better for Biden than Trump,” he said. “It really tells you more about what’s on people’s minds and less about who they are actually voting for.”

Which precincts are reporting? Who cares?

Regular election results watchers are used to government websites and some news outlets announcing that a certain number of precincts are reporting their results.

But that’s not a particularly useful metric in California. Especially not this year.

“In the olden days before we had more ballots cast by mail than in person, election night was a matter of ballots literally coming from voting sites,” explained Kim Alexander, president of the nonprofit California Voter Foundation.

Even in a normal election in California those results come with a big, fat asterisk. When most ballots are cast by mail, the precinct may not have “reported” any of its ballots yet, because the workers at that voting site have yet to deliver them to the county headquarters. But ballots cast by mail from within that precinct will have already been counted.

Likewise, even if a precinct has “reported” all of their ballots, “that doesn’t mean that 100% of the ballots have been counted yet,” said Chris Miller, spokesperson for the Secretary of State’s office. “They might still literally be running the ballots through the scanners.”

In short, if you’re trying to get a read on how many ballots are left to be counted by looking at “precincts reported,” don’t.

What you can look to instead is the number of ballots that each county says it has left to count. These are rough estimates. Registrars often use scales or tape measures to guesstimate how many votes are left in their stacks of unprocessed ballots.

But those estimates won’t be issued until two or three days after Election Day. And they don’t include any ballots that were postmarked on or before Nov. 3, but which have been caught in postal limbo. Thanks to a new state law, counties will have another 17 days to count those.

So buckle up. And in the meantime, maybe go for a walk.