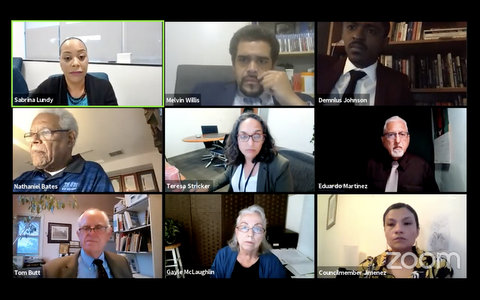 In a move that likely avoids significant financial risk, the City Council reversed its previous decision and voted to defend against the two lawsuits challenging the Point Molate project.

The 6-1 vote was taken in closed session with Council member Eduardo Martinez dissenting, according to City Attorney Teresa Stricker, who announced the decision at the start of the open session. In his Wednesday E-Forum, Mayor Tom Butt said the Point Molate litigation was the only topic of the two-hour closed session meeting.

The reversal comes nearly a month after the council decided to terminate the city’s defense of the two lawsuits. That decision led to two separate letters being sent from attorneys at Crowell Law Offices and Cox, Castle, & Nicholson LLP on April 5 and 6. Each letter claimed the city was violating multiple provisions of its development agreement and putting itself at risk of litigation.

“The City’s termination notice means that the City is at risk of being responsible for the cost of the administrative record and other litigation expenses, including potentially petitioners’ attorneys’ fees,” wrote Cox, Castle, & Nicholson LLP attorneys in its letter.

The council did not address the lawsuits or its reversal during open session.

Butt had put the Point Molate issue on Tuesday’s agenda, but Council member Gayle McLaughlin moved to table the item indefinitely at the start of the meeting.

“This matter needs to be discussed in closed session, and the council needs to come up with a resolution to the matter and not expose the city to litigation,” McLaughlin said.

Butt called the move an improper motion not suitable during the agenda review and did not allow the item to be tabled. The council then narrowly overruled Butt in a 4-3-1 vote with Butt and Council member Nat Bates dissenting and Council member Demnlus Johnson abstaining.

A subsequent vote to table the item indefinitely passed 4-3 with Butt, Bates and Johnson voting against.

In other news, City Manager Laura Snideman and Stricker expressed concerns to the council about continual incomplete agendas and the need for extra meetings.

Over 60% of recent meetings have not been completed, according to the staff report. Snideman said these incomplete meetings are causing agenda items to stack up. And with the budget looming, she fears it may not be adopted on time.

Stricker also said extra meetings are vital for the “significant amount of litigation.” As of April 13, the city had 45 litigation cases. She requested the council schedule at least one extra day for purely closed session items.

“Right now, we are very backlogged and very jammed and don’t have enough time for closed sessions to get the items that we need to bring forward to you,” Stricker said. “Those items do evolve, and two weeks from now, there will be additional items.”

Nearly all the council members opposed city staff suggestions to hold special meetings every Monday through the end of June and pause council member-initiated items.

“I’ve got to believe we can do this on Tuesdays,” Butt said. “I’ve been doing this for 25 years without having meetings on Saturdays or two weekdays in a row.”

Only Johnson expressed a desire for extra meetings. He said he’d already been pushing for more.

“We can get some of this stuff done outside of Tuesday nights,” Johnson said. “Tuesdays are not the only day of the week.”

The discussion led to council members calling on each other to help create more efficient meetings by limiting their comments and personal attacks.

“We end up with these back and forths that really have no place in council meetings,” Martinez said. “I think we can continue as we are with mindfulness guiding our behavior.”

“I think we’re perfectly capable of getting through our agenda items, but we need to make our intent and values more known with the actions we take than with the statements we make,” Council member Melvin Willis added.

The council reached a consensus with a 5-2 vote to add meetings on the second Tuesday of each month moving forward and hold a special meeting 1 p.m. Saturday, May 1, primarily for closed session items. Butt and Bates voted against the motion.

Snideman said more special meetings would likely need to be scheduled in the future.