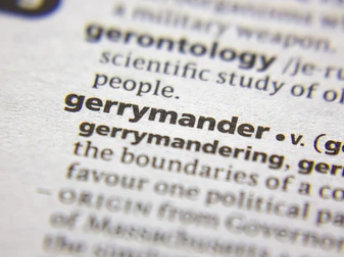 Posted at 12:49h in Uncategorized by Danielle Parenteau-Decker 0 Comments

Redistricting advocates across Georgia worry that redistricting – the process by which states every 10 years redraw electoral districts to align with census data – will be “heavily tied to voter suppression,” in the words of one organizer. They shared concerns on a recent conference call.

Fueling fears is that the guardrail advocates have long relied on to challenge voter suppression no longer exists.

In its 2013 Shelby County v. Holder decision, the Supreme Court gutted Section V of the Voting Rights Act, the requirement that states and jurisdictions with a history of imposing discriminatory barriers against minority voters had to submit approval for changes in voting procedures to the U.S. Department of Justice or to a federal court.

As a result, redistricting advocates are bracing for a new round of gerrymandering. It’s the term used when legislatures draw irregularly shaped districts to benefit incumbent elected officials at the expense of minority communities.

Each state either maintains, loses or adds congressional seats in the U.S. House of Representatives depending on its population because the combined number of House members remains fixed at 435. Sorting through these calculations is called reapportionment. The 2020 Census yielded 37 states that will maintain their number of representatives in Congress until the results of the 2030 census. The remaining 13 have either lost or added representatives. The number of senators in Congress remains fixed at 100 total – two per state.

The Census Bureau’s Atlanta Region includes Alabama, Georgia, Louisiana, Mississippi and South Carolina as well as Florida and North Carolina. These are among the states whose minority voters often sought protection under Section V’s pre-clearance provisions because of discriminatory practices that targeted them.

To date, none of these states has established independent commissions, nonpartisan or otherwise, for redistricting purposes. Republicans dominate the legislature in each of the seven Atlanta Region states and serve as governors in all but two, Louisiana and North Carolina.

In the November 2020 election, Georgia’s Democratic voters turned out in unprecedented numbers to send Democratic presidential candidate Joe Biden to the White House. In January 2021, Georgia voters also elected two Democrats to the U.S. Senate in special elections. On the heels of these events, the state’s Republican-controlled legislature and governor moved swiftly to enact laws designed to limit voting access.

Georgia is one of 17 states that have enacted laws to restrict access to the vote, according to the Brennan Center for Justice at NYU’s School of Law.

Weisburg noted, however, that voting rights advocates still have recourse to Section 2 of the VRA, which prohibits discrimination against minorities because of race, color, or language. To her point, U.S. Attorney General Merrick Garland announced in June that the Department of Justice was suing Georgia Gov. Brian Kemp.

The suit alleges that “recent changes to Georgia’s election laws were enacted with the purpose of denying or abridging the rights of Black Georgians to vote on account of their race or color in violation of Section 2 of the Voting Rights Act.”

Marilyn M. Stephens, assistant regional manager for the 2020 census for the Atlanta Region, U.S. Census Bureau, said that census data may yield surprises in micro-population shifts involving minority groups which could help support challenges under Section 2 against gerrymandering this time round. In part these shifts reflect expanded options by the Office of Management and Budget for determining the racial and ethnic definitions used by the Census Bureau.

Weisburg reminded organizers that “the courts have said that communities of color are not entitled to exact proportional representation.” Yet she also agreed that the absence of ethnic representation, when their numerical presence is high, often indicates “that there is a barrier to voting; that something is amiss.”