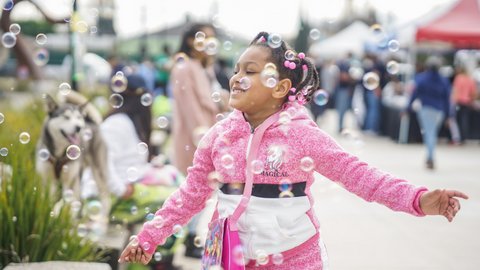 Posted at 07:36h in Environment by Danielle Parenteau-Decker 0 Comments

Unity Park and the larger Richmond Greenway trail are a hub for interracial community events and an educational place for environmental justice. Fittingly, they were the site Monday for part of the annual Martin Luther King Jr. Day of Service.

Black, Brown and white folks all worked together to preserve and nourish the park’s natural beauty.

“A lot of the work that we’re doing specifically when it comes to environmental work is automatically collaborative. And I think that really shows with this specific event,” Watershed Project staff member Eunice Quintanilla said. 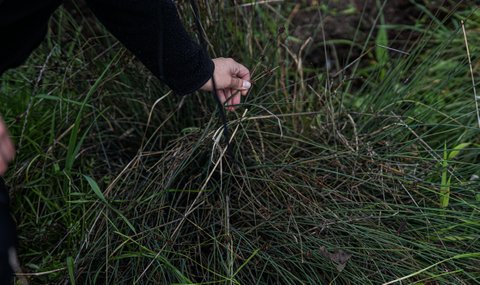 Eunice Quintanilla of the Richmond-based Watershed Project touches a juncus plant as she describes how it is used as a natural water filtration system.

At the 17th Street entrance of the Richmond Greenway, Quintanilla directed volunteers to work stations alongside the trail’s bioswale, a human made water runoff and filtration system that uses native plants.

Volunteers helped native plants like juncus that help filter water before it goes in the bay. Quintanilla said that filtering is needed because there is a lot of water contamination in the area, including oil spills. 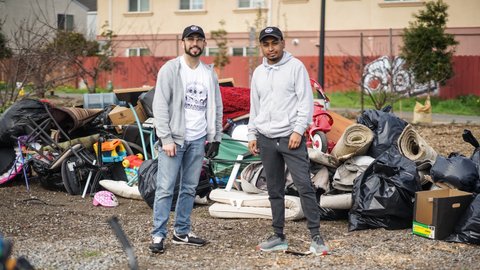 Near Quintanilla, Moving Forward volunteers Anselmo Ramirez and John Guzman helped pass out tools and equipment while collecting trash that people brought from other parts of the park.

A bike repair stand was set up at the Rich City Rides bike hub near the 16th Street and Ohio Avenue park entrance. At the adjacent basketball courts, children, adolescents and adults painted a ground mural. 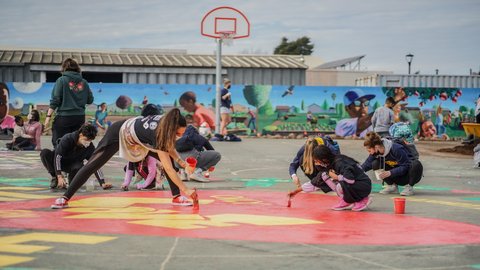 A group of people paint a mural during the annual Martin Luther King Jr. National Day of Service at Unity Park in Richmond. 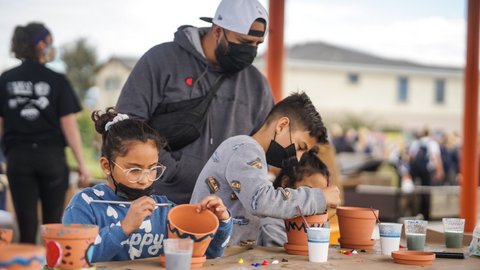 “It’s a beautiful thing to see so many organizations come out to beautify the area and to add natural resources to preserve it,” Brentwood resident Monique Angara, 47, said.

She crouched, digging holes in the dirt to place plants in them with her two daughters, Isabella and Madison. 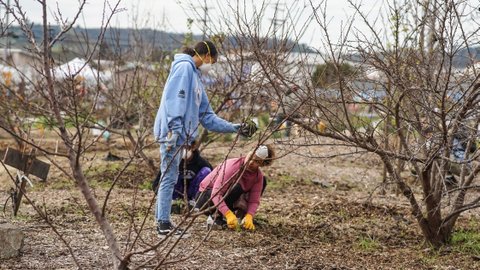 Being part of that is important to her, and she hopes her actions inspire her children to feel the same way. And that her family can serve as an example for other families to join in conservation efforts.

“I would encourage every household to do that, even if it’s just picking up trash along a trail, when they go for a walk,” she said. “That’s showing an example to children and to other onlookers that it just takes a little bit of effort that goes a long way.”

The wonder of of a clean park brings 6-year-old Danni Law joy.

Danni has been regularly coming to Unity Park since she was 4, mostly for the swing set.

She was ecstatic when she saw loads of people at the park cleaning it up.

“I like how they’re cleaning, so I told my mom, ‘I would like to help them clean too,’ ” Danni said.

After helping out, Law retired to the main plaza’s trail. There, bubbles flowing out of a machine surrounded her.

She hopped around popping the small bubbles with her finger. Looking around, she smiled as the community cleaned up one of her favorite parks. 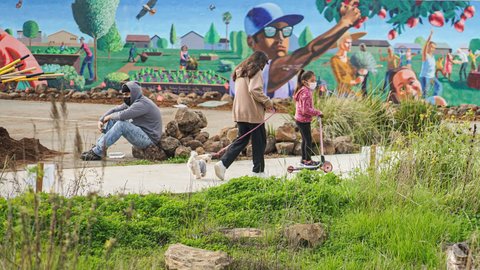