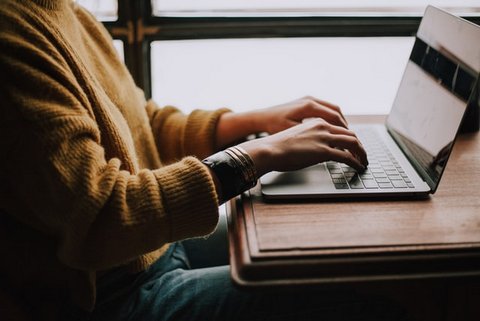 09 Jun Social Media Changed How I Saw My Future

The author has seen the good and bad of social media: She was cyberbullied, but it gave her hope and friends when panic attacks kept her inside. (Photo by Christin Hume on Unsplash)

Logging in to Facebook for the first time separated my life in two — before social media and after. The internet was essentially nonexistent to me before middle school, but facing its dangers became necessary to function.

My introduction to social media occurred alongside my diagnosis of agoraphobia just before high school. Panic attacks made it impossible for me to go outside. I lost friends and failed classes, and I didn’t see a solution that would allow me to even live a pseudo-normal life. Social media changed how I saw my future. It provided me with people who gave me the support I couldn’t get offline. Nothing could substitute my need for social media.

In my first year at the City College of San Francisco, COVID forced all courses online. Friendships had to be formed through cyberspace. That turned things around. I could finally attend class and make friends without leaving my home, and I thrived. On the other hand, the students who usually did well were now more disconnected than I was. Increasing loneliness during COVID gives social media users an ultimatum: maintain our independence or create online connections.

>>>Read: Social Media Puts Users Like Me in Quite a ‘Dilemma’

Social media can be both good and bad. Fostering connections between people is its main goal, but the connections can just as easily be destroyed. Cyberbullying affects most young people. Excessive internet use, befriending internet strangers, and sharing personal details are discouraged to curb the ill effects of social media. But does it work?

I remember the first time I experienced cyberbullying, sitting in the computer lab at school next to my only friend. Other students sitting just a few feet away filled our inboxes with mean-spirited messages. Every day, we heard them chuckling as we got the messages. My friend knew to click out of the site, but I couldn’t.

The cyberbullying amplified my insecurities but didn’t stop my need for support online. Things got harder when cyberbullies would impersonate me to my internet friends. I couldn’t maintain many friendships online while being constantly tormented. Still, I refused to deny the hope that social media brought me.

People most affected by social media — and its cyberbullying and addictive features — can benefit the most from it as well. Social media gave me the friendships school couldn’t. It created a world I could exist in when I was too scared to go into the real one. Given the possibility of any connection, I was forgiving of its risk.

I became dependent on social media, even addicted to it.

Social media addiction was not taken seriously at first. Now, a law is in the works in California to allow parents to sue companies for their child’s addiction. The proposed bill takes aim at intentionally addictive features that could harm children.

>>>Read: My Generation Is Addicted to Social Media

Holding companies responsible will not prevent addiction in children, however. Social media is not the only one to blame. The most vulnerable to social media addiction have to deal with pressures that social media temporarily relieves.

What someone brings to social media is much more important than what is already there. Anyone can exit out of a website or throw away their computer, but only one person can be conscious of how something affects them.

The bad side of social media is not going away. Focusing on young people’s well-being instead of taking away things that can be used with proper guidance will create a stronger, more thoughtful generation.