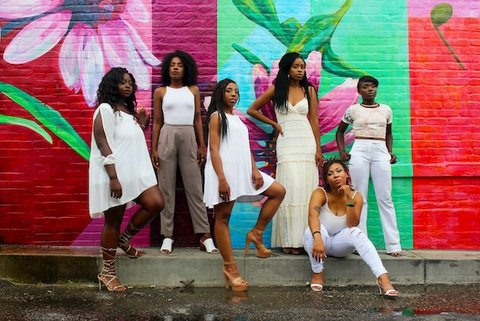 (Photo by Clarke Sanders on Unsplash)

A state bill aimed at allocating $18 billion in federal money in the Bay Area and statewide for environmentally and socially disadvantaged communities gets high scores for promoting gender and racial equity, according to the Gender Equity Policy Institute, a nonprofit think tank that exposes the impacts of policies, processes and practices of businesses and government.

The bill would mandate that California spend 40% of the $45 billion the state receives from the federal Infrastructure Investment and Jobs Act toward environmentally and socially disadvantaged communities. State agencies that allocate the funds would have choices over how they define disadvantaged.

“Should this bill pass, we could see all of California benefitting,” Cohen said.

The bill would benefit six in 10 residents of the state, she said. That means 23.6 million residents stand to benefit.

Money could go toward improvements in communications, transportation, water and among other things, air quality.

“Nearly 60% of all Californians are living in low-income and disadvantaged communities,” Bryan said in a statement. “Historically, our neighborhoods have seen investments and sustainable infrastructure pass us by.”

AB 2419 will create economic opportunities and uplift “historically silenced voices in all spaces where decision making is happening,” he said.

“The numbers are pretty stunning,” said Cohen, adding that it is encouraging that a public policy can give the promise of advancing gender and racial equity, she said.

Historically, residents of Bryan’s West Adams district have been neglected, he said by phone Tuesday. In his district is the largest urban oil field, which has produced lower life expectancies, and among other challenges, poorer air quality for residents. That is one reason he wrote the bill.

The oil field has also been a source of employment, too, he said, though he sees workers transitioning to greener jobs.
Even though the bill failed to score 100 percent, it does not mean something is lacking, said Cohen.

“One bill cannot solve the problem,” she said. It will take additional separate bills, such as ones that promote equal pay for men and women.

Women are not well-represented in the construction industry, which the federal infrastructure money will benefit, Cohen said.

Oakland’s Greenlining Institute, which works for economic justice, is a co-sponsor of AB 2419 and suggested money could go toward a couple of projects in the city. One is the East Oakland Industrial Streets project, which would resurface streets and add bike and pedestrian infrastructure, said Melanie Morelos, the institute’s California strategy senior program manager.

Another is the East Oakland Mobility Hubs Pilot, which could co-locate public transit, bikes and shared vehicles, Morelos said.

More generally, Cohen said funding could go toward public transit in dense urban areas, helping women who are time burdened. Women use transit more than men and having access to public transit may free up time for things like child care, she said.

Another idea is to provide cooling centers in lower-income urban areas, which research has shown are typically hotter than wealthier areas. For example, wealthier areas may have more of a tree canopy.

Also, lower-income residents may not have as many resources to cope with the heat.

Bryan said AB 2419 is in the Senate Appropriations Committee. He expects it to go to the Senate for a vote and minor changes. Then back to the House to concur with those changes before heading to the governor’s desk for a signature.

He envisions Gov. Gavin Newsom signing the bill outside of the Inglewood oil field, he said.