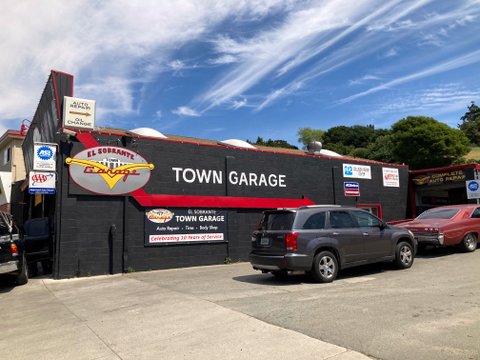 The shelter-in-place order has not stopped many of the small business auto repair shops along San Pablo Dam Road.

Velarde says he and his employees have had to make adjustments.

“We now always wear a mask, wear gloves, disinfect the steering wheel and whatever we touch inside,” Velarde said. “It’s an additional step and additional cost. That stuff wears out and it’s hard to find right now. It’s expensive,” he said.

Although automotive repair is an essential business, some customers have been reluctant to have face-to-face contact, another adjustment for the shop.

“Some customers have not wanted to come in so we have even gone as far now as doing pick-up,” he said. “We make it so that we have absolutely no contact. We will pick the car up from them and email them the invoice. They can review it and our software system gives them an option to press the button to authorize it with a phone payment and we can drop the car off. We can make the process zero contact.”

According the National Bureau of Economic Research in a study released this month on how COVID-19 is impacting small businesses, there is already a “massive dislocation” among businesses like these shops around the country. The study surveyed small business owners, and more than 70% anticipate having to rely on federal aid through the Coronavirus Aid, Relief and Economic Security Act to be able to survive, with 43% currently closed due directly to COVID-19. 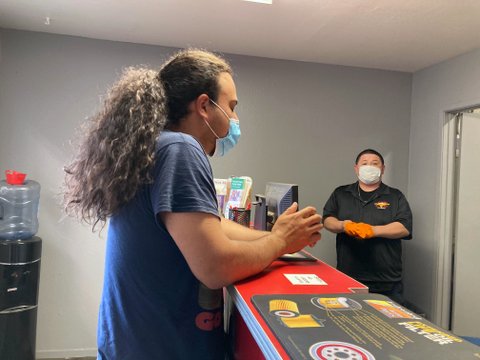 Velarde said he is not counting on that aid, instead continuing to try to keep his shop filled with cars to work on to pay the bills.

“We just gotta keep going because the bills ain’t gonna stop,” he said. “They aren’t stopping anything. We got overhead to pay, insurance, workman’s comp. Those companies are all like ‘OK, we understand you don’t have to pay this month,’ but it’s not going to be free. We still are going to have to get that money.”

The process to receive aid from the CARES Act has also been murky, according to Velarde, who has applied for aid but not received any.

“I just got a letter that when they get more money, they will distribute it, but they ran out of that [initial] money very fast,” Velarde said. “There were so many businesses that were trying to get it, we applied immediately and still didn’t receive anything.”

And he hasn’t heard wrong.

According to a handful of recent class-action lawsuits reported by law.com and topclassactions.com, banks such as Wells Fargo & Co. and Bank of America have allegedly prioritized larger loan applicants in an effort to generate $6 billion in origination fees for the financial institutions instead of handling applications on a first-come, first-served basis.

Some of the shops on San Pablo Dam Road qualify as “without employees” and are unable to count on incoming aid. One of these shops is Pro Wheels, a motorcycle, scooter and bicycle shop, owned by Matthew Gheisari and his wife, but run by Gheisari as a one-man operation.

Previously relying on sales, Pro Wheels had to shift focus to repairs to stay in business.

Gheisari says that he’s been able to keep busy with repairs although there is less foot traffic on the streets.

“Because we do repairs and many more people are at home now compared to before, we have been getting more business for repairs,” Gheisari said.

Ghesiari has been in this shop for the last seven years. But the history of the business can be traced back 50 years, making it a well-known storefront for bicycles, scooters and motorcycles in West County.

“This place is now about half a century old,” Ghesiari said. “It used to be a motorcycle business named Dam Cycles. We’ve been selling all types of cycles here at this location for the last 50 years or so.”

Ghesiari said although things are uncertain at the moment, he is optimistic that business will return to normal in the coming months.

“Eventually, I think, we will go back to normal,” Ghesiari said. “That’s what this country is all about; we fall, but we will stand up again. We will be OK.”