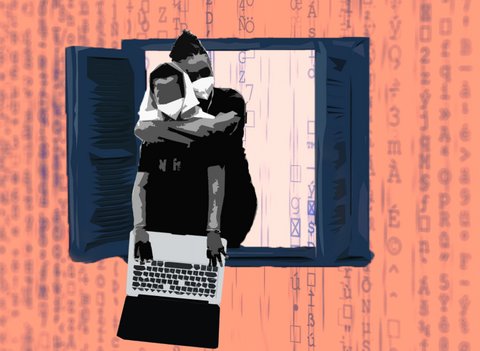 With the West Contra Costa Unified School District’s academic year starting Aug. 17 under a distance learning structure, parents are concerned about the mental health of their children, as well as their own.

Pinole resident Ada Narváez, 41, realized the more she tries to educate herself on the district’s plan to return to school, the more she is confused and frustrated by it.

“It is disrespectful to implement a program that they have not designed fully,” Narváez said.

Narváez is a parent advocate and coordinator in the West Contra Costa Parents Council.

One major problem she sees is that the current plan is not designated for younger children, and she worries about her children’s mental health because of it.

Narváez is a single mother of four children, who have all attended public schools. The oldest graduated last year from El Cerrito High, where another is still a student, and the other two attend Fairmont Elementary.

Back in March, one of her daughters, then in first grade, was given an assignment that required her to use Microsoft Excel. She could not do it herself and felt frustrated.

“She was suffocated and anxious,” Narváez said. “She was scared to use the computer.”

At one point, she said, her daughter told her, “I am so behind. I don’t want to be in class anymore.” That, for Narváez, was heartbreaking.

Narváez, who owned a janitorial business with three employees, is now unemployed because of the shelter-in-place order. Her main worry is providing food and a place to live for her children.

Because of her lack of proficiency in English, she knows that there will be subjects she will not be able to help her children with because the way English and science are taught in the U.S. is different from how she learned in her native Managua, Nicaragua. And for parents who cannot speak English, it will be impossible to help their children, she said.

“Our kids suffer with parents who suffer, and the kids stress out, and they feel what is happening around them,” Narváez said.

She wants to keep strong and make sure her stress is not passed onto her children as they try to learn.

As the 2019-20 school year ended, Narváez and her children felt relieved, but to help their mental health, the children were given therapy.

But with a new school year set to begin, Narvaez has no answer to her children’s questions because she is still in the dark as well.

Narváez knows teachers will be onscreen, but home has become school and that complicates a lot of things.

“I don’t feel like I have the capacity to be a substitute teacher. This doesn’t mean I am inefficient,” she said. “It just means that I will have a hard time helping my students.”

>>>Read: Should I Quit My Job? California Parents Grapple With Education in a Pandemic

The district announced its plans for the academic year in documents including the Back-To-School 2020 Vision and Framework released July 20 and the Memorandum of Understanding announced July 31.

The memorandum calls for daily instruction to start at 10 a.m. and finish at 3 p.m with a mandatory 40-minute lunch included in the schedules that schools create for themselves.

“Each school will have the flexibility to create their own schedule within those hours,” WCCUSD Superintendent Matthew Duffy wrote in a press release.

And on Fridays, Duffy said teachers will have designated times to reach out to families to offer support and build relationships.

As of now, the district has not put out a grading system. It is up to the district and the United Teachers of Richmond union to collaborate with students and administrators to develop a grading policy, the MOU read.

Duffy calls the MOU a “starting point,” but the plan has not been approved by the teachers’ union or the District Board of Education.

That communication depends on every family having a computer and internet access.

“There are still 2,000 people [in the district] who have no access to high speed internet,” Walton said.

The district knows it is inevitable that some families and their kids will fall through the cracks and not start the year off right, but it is “incumbent on us” to make sure the district helps those kids, he said.

Through focus groups, surveys, collaborations, town halls and other meetings, Walton said the district has worked to prepare for what will be the most different school year in the history of public education.

Although with no exact plan from the district at this point, the only thing for certain is that there will be uncertainty as children log on for their first day of class.

“We can make it out of COVID-19 alive, but are we getting out mentally safe?” asked WCCUSD parent Guadalupe Enllana.

The 38-year-old Richmond resident, who is running for the WCCUSD Board of Education, has two boys in the district —  one enrolled in the fourth grade at Nystrom Elementary and another in sixth grade at DeJean Middle.

With school starting in less than a week, she still doesn’t know who her children’s teachers will be or the exact schedule they will have.

Enllana has kept up with the updates from the district but said the information has been inaccessible to most of the public and is not easily digestible because of all the jargon in it.

The uncertainty has created unrest in her life, and she knows it has for other parents, too.

Enllana says she is worried about her son in sixth grade, who will be transitioning from elementary to middle school, because “everything is still on the move.”

The last thing she wants is for her children’s educational experience to become a part of a districtwide experiment on distance learning.

“I just don’t know what to expect,” she said.