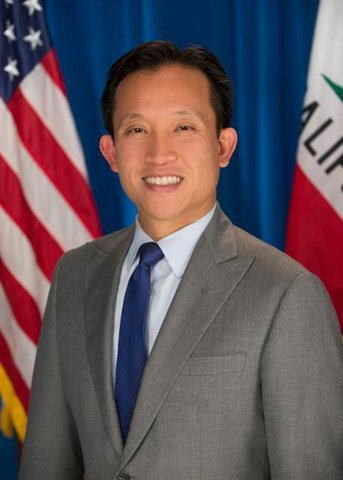 “California is facing a tsunami of evictions and foreclosures if we do not act,” said Assemblymember David Chiu (D-San Francisco) who authored a bill to help protect renters and property owners. (California State Assembly / Public domain)

On Tuesday evening, the Senate Judiciary Committee passed Assembly Bill 1436. The legislation now moves to the Senate Appropriations Committee for review. If signed into law, the bill would prevent evictions for nonpayment of rent and grant struggling property owners mortgage forbearance.
AB 1436 calls for preventing the eviction of tenants who missed rent payments during the “COVID-19 emergency period,” ceasing 90 days after the state of emergency order is lifted or April 1, 2021, whichever occurs first.

The bill gives renters an additional 12–month reprieve from eviction — starting from the beginning of Gov. Newsom’s COVID-19 stay-at-home order in March — before a landlord can seek a civil action to collect back rent owed. AB 1436 was first introduced on June 10.

“California is facing a tsunami of evictions and foreclosures if we do not act,” said Assemblymember David Chiu (D-San Francisco), author of AB 1436.

“This bill is a balanced approach to ensure we avoid mass displacement and increased homelessness in California,” he said.

With a 19-1 vote, the Judicial Council of California voted last week to end two emergency rules that put temporary halts on evictions and foreclosures. They are scheduled to expire at midnight on Sept. 1. If nothing happens before then to protect renters, evictions could begin the next day on Sept. 2.

But now that the Senate Judiciary Committee has voted to pass AB 1436, the only bill currently advancing in the Legislature to bring relief to tenants, homeowners, and small landlords, there’s hope that California can avoid a spate of evictions resulting from people who can’t afford to pay their rents because of hardship brought upon them by the COVID-19 pandemic.

AB 1436 has now moved to the Senate Appropriations Committee for review.

According to TenantsTogether.org, more than 16 million people in California are renters, and 64% of California’s 2.3 million African American population are people who do not own the property they live in — whether it’s in a multi-unit building or a stand-alone house.

The COVID-19 pandemic has brought a number of individuals and families in California face-to-face with the possibilities of eviction and homelessness. The resulting economic recession has caused some people across the state to lose their jobs and health care and face other financial problems.

>>>Read: A Guide to Coronavirus Financial Aid in California

“The Judicial Council has received thousands of comments from those affected — from tenants who fear homelessness to small landlords who face losing their livelihoods or fear bankruptcy,” Chief Justice Tani G. Cantil-Sakauye said in a written statement. “In our ongoing conversations with Governor Newsom and the Legislature, we have been responsive to their requests for additional time to develop and enact policy and legislative proposals.”

Over 2.8 million Californians were unemployed in June and about 1 million renter households in the state have experienced a job loss as a result of the economic impacts of COVID-19, according to the Terner Center for Housing Innovation.

TCHI, an institute at the University of California, Berkeley, leverages applied research and best practices to house families in affordable homes and communities.

Among renter households that have experienced a COVID-related job loss, nearly three-quarters include at least one person of color in California, according to TCHI research.

Preparing for the worst, certain jurisdictions in California have already implemented eviction delays that extend beyond the state’s mandated deadline.

On July 21, the Los Angeles County Board of Supervisors approved an extension of the temporary eviction moratorium. They pushed the deadline until Sept. 30, and it may be extended by the Board on a month-to-month basis if the state allows.

“I am deeply grateful that mayors across California recognize the looming threat of evictions and foreclosures in their communities,” Chiu said. “To avoid a wave of mass displacement, increased homelessness, and COVID-19 spread, we must act and pass AB 1436.”

In March, Gov. Gavin Newsom issued an executive order banning the enforcement of eviction orders for renters affected by COVID-19 through May 31, 2020. He extended that order in June to Sept. 1., and allowed local officials the option of continuing it for another month in their jurisdictions until Sept. 30.

The order prohibits landlords from evicting tenants for nonpayment of rent and prohibits enforcement of evictions by law enforcement or courts. It also requires that tenants declare in writing, no more than seven days after the rent comes due, that the tenant cannot pay all or part of their rent due to COVID-19 crisis.

The tenant under the order is obligated to repay full rent in a timely manner and could still face eviction after the enforcement moratorium is lifted. The two temporary emergency rules, rules 1 and 2, were adopted Apr. 6.

On June 10, Cantil-Sakauye suspended a vote to provide the Governor and Legislature an extension to develop proposals and solutions.

With the Judicial Council’s latest vote, the Sept. 1 deadline gives both parties time to regroup and drum up public policies to stave off evictions and foreclosures.