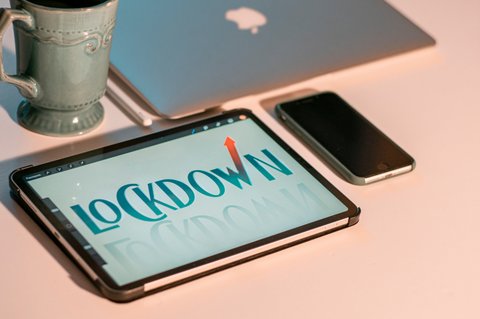 Because of health orders and recommendations, programs that once relied on person-to-person contact now have to figure out how to help people they can only interact with over the phone or internet. (Elena Mozhvilo on Unsplash)

Groups of all kinds have been strained by the COVID-19 pandemic, even fractured by physical distancing requirements. Richmond’s community organizations, in particular, are trying to maintain services while health orders demand distance from the public they serve.

These programs have had to completely change how they operate, and that comes at a cost. With services moved online, organizations have a hard time reaching the people who need them most. That can be especially damaging for entities such as the city of Richmond’s Office of Neighborhood Safety.

ONS hosts a program primarily serving people between the ages 16 and 24. Most of the current participants are men, 80% are Black/African American and 20% are Latino. Often, participants come from challenging homes with little support for their social and emotional development. Working with ONS gives them the opportunity to gain the necessary skills to build and sustain healthy relationships.

“Being there no matter what they do — no matter how much they push you back, reject or neglect you — you just continue to be consistent. It’s rare that they see someone giving in a relationship without expecting anything in return; it opens their eyes up to the possibilities,” said Sam Vaughn, a program coordinator with the Office of Neighborhood Safety.

The program’s relationships with the young people it serves were precarious prior to the pandemic, and it has only become increasingly difficult to sustain their interest. Participants have expressed concern about privacy over the phone and internet, which has resulted in lower engagement.

“We don’t have access to them the way that we would like to because of this pandemic,” said Vaughn.

That change in access means the RYSE Center has also had to reconsider how it can best help people.

RYSE, located at 205 41st St., serves people between the ages of 13 and 21. The center bought its property just before the pandemic hit and, in September 2019, broke ground on an expanded campus.

“It was a lot to take in for young people and staff, for all of us holding it all,” Kimberly Aceves-Iñiguez, executive director of RYSE, said.

RYSE shut down its physical location March 13, the day President Donald Trump declared the coronavirus a national emergency. That’s when the center started to make plans, preparing for major shifts. It moved all of its programming online within a week. As part of the shift to virtual, RYSE began to provide telehealth services for the first time so people could continue to benefit from its community health programs.

The change was tough in the beginning because young people had visited RYSE daily. Staffers questioned how they could create an environment that would allow them to continue to support young people. Aceves-Iñiguez said it has been hard to foster organic connections, and the center is still working on strategies to address this.

When groups first moved online, many assumed it would not be long before they could return to their physical spaces.

The Santa Fe group, one of 39 neighborhood councils throughout the city, hosts monthly meetings via Zoom and regularly updates neighbors about resources. One of its biggest challenges is keeping constituents engaged and active.

“People are losing interest because they are Zoomed out or pandemic-ed out. Some people are withdrawing more and more and not getting as involved as when we had [meetings] in person,” Whitmore said.

Like most people around the world, local organizations didn’t predict the pandemic would last nine months and counting.

“This is unchartered territory,” Aceves-Iñiguez said.

RYSE gathered community members to discuss potential impacts of COVID-19 when the pandemic was on the horizon. The center continues to bring together up to 300 people every other week for discussion, information sharing and training.

“We felt like it was critical to not silo but actually come together and lean on each other for resources as community providers,” Aceves-Iñiguez said. “We felt like young people would be best served if all of us as adults were coordinated and in deeper communication.”

Community organizations have come together as well, joining forces for an initiative to help people during the pandemic.

RYSE was one of the founding groups to launch this effort. The initiative not only serves the young people of RYSE and others in need of COVID-19 support, it also expands the city’s capacity to distribute money to groups as well, Aceves-Iñiguez said.

As it became apparent that the pandemic had no end in sight, organizations started to shift their priorities.

The Santa Fe Neighborhood Council partners with local restaurants Kit’s Kitchen and Anaviv’s Table to provide meals to families in need. Anaviv’s Table and the council also hosted a virtual cooking class with 24 sixth graders from Nystrom Elementary School. The students learned to make salad and pizza at no cost to them.

“It’s not easy for young people, so it’s our way of showing a job well done,” Whitmore said.

There have been benefits to migrating to the virtual sphere. At RYSE, young people have been able to widen their reach and demonstrate the impact of youth programming to national and international audiences.

“They have had the opportunity to present and be on panels with communities across the world. One of our media arts assistants was on a panel in London talking about youth media makers,” Aceves-Iñiguez said. “We wouldn’t have been able to send our young people all over the world pre-pandemic. Now, because everyone is in this virtual world, there’s access to young people across the country. Richmond young people have been spotlighted in so many different places.”

Communities have come together to respond to social issues highlighted by the pandemic, from food insecurity to gun violence, which has risen across the country, including in Oakland and Richmond.

The Office of Neighborhood Safety has worked over the past few years to build connections with some of the people most affected by gun violence. ONS has maintained in-person operations throughout the pandemic despite dwindling participation.

According to Vaughn, it is harder for ONS to reach young people in times of crisis, especially in the aftermath of shootings when there is often a high risk of retaliation.

“The first 24 hours are crucial because of the heightened emotion. They’re dealing with grief and trauma,” Vaughn said. “We really try to make sure we are involved with them during that time [and] try to help them process everything that is going on in their lives, being nonjudgmental and helping them process.”

Vaughn and his colleagues talk to young people and encourage them to focus on working through their emotions rather than acting out of anger. Currently, they can’t have the same impact because they can’t reach participants as quickly as in pre-pandemic times.

“We’re based on relationships and information. That’s our work [and] how we function,” he said. “Someone could get shot and we could spend hours trying to figure out who it is because there’s not a bunch of people outside right now.”

The program tries to continue supporting and communicating with the young people with whom they still have relationships, but Vaughn is worried about the rising cases of depression and despair among the young people ONS works with.

“We were already dealing with a mental health crisis in this community,” Vaughn said.

“We try to mend it as much as we can and other organizations are trying to create healthy, safe spaces for young people to go and feel accepted and to be able to deal with some of those emotions.

“But now, everything’s closed. They don’t get to escape from that depression. They can’t go and play basketball, go to the boxing club, music studio or lab,” he continued. “You can’t go to school and kick it with your friends during lunch break. You can’t do anything. You sit there and linger in those feelings where there’s no outlet.”

The pandemic hasn’t deterred organizations from continuing their efforts, even if they look different. Plans for the Santa Fe Neighborhood Council annual Hug-A-Bear Dinner are still underway, but it will be hosted virtually. Stuffed animals are collected for distribution to first responders who can hand them out to children seeking comfort in the aftermath of traumatic events such as a house fire or shooting.

“We’re taking [the pandemic] one day at a time and trying to make the best of it,” Whitmore said.