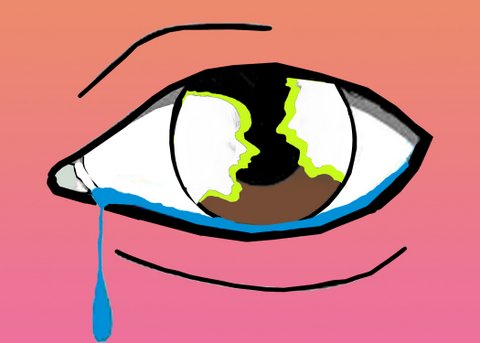 05 May Domestic Violence Reflects the ‘Brokenness of Our Society’

The COVID-19 pandemic has made it even harder for victims of domestic violence to get the help they need.

It has left many people financially dependent on their abusive family members or stuck at home with them, unable to get away or call for help, even from another room. That’s on top of existing barriers like cultural issues, language differences and fears over involving law enforcement.

That was the focus of a panel discussion hosted April 23 by Ethnic Media Services.

Speakers from around the country came together via Zoom to discuss how the pandemic has affected victims of domestic violence and what is needed going forward in a post-pandemic society.

Domestic violence is already a far too common problem. Roughly one in four women and one in 10 men have experienced intimate partner violence, according to the Centers for Disease Control and Prevention.

For those people, help is often hard to come by. Depending on the area, services for those affected by domestic violence differ and can be scarce.

Even taking “the time to run to the bathroom, to make a secretive call has been really, really difficult,” said Monica Khant, executive director of the Oakland-based Asian-Pacific Institute on Gender Based Violence.

Her organization partners with Asian-Pacific Islander community groups to provide resources. She said the agencies she works with have said that domestic violence victims’ struggles are rooted in an inability to access resources or help from law enforcement.

Khant said the National Domestic Violence Hotline has seen a 73% drop in calls during the pandemic.

“Even accessing information on the computers has been hard when a lot of immigrant families do not have the same technological access that we’ve needed to survive during the pandemic,” she continued.

Cultural differences and a lack of trust in law enforcement also make it hard to get help.

For starters, many victims are more interested in reconciliation than seeing their family member criminalized.

Some who are undocumented worry about getting a person they depend on deported.

Worst of all, calling the police can lead to more violence.

“There’s still taboo around the fact that restraining orders can cause more death,” said Tina Rodriguez of the Crime Survivors for Safety and Justice.

But it is not only themselves victims may be afraid for.

Even when someone wants to ask for help and is in a position to do so, they still might not be able to actually do so.

Khant described situations where someone who speaks little or no English might try to call the police only to have officers end up communicating with the abuser who does speak English. Plus, getting a translator can take up precious time, particularly if someone speaks a less common foreign language.

In addition to the lack of access, Khant added that the financial and housing instability caused by the pandemic has forced some victims of domestic violence to stay in their situations.

“As the world opens back up, we are concerned that this will cause an increase in victims financially needing to stay with their partners in violent or unsafe situations because they won’t be able to pay back rent,” she said.

“All of these problems are a result of the brokenness of our society,” she added.

Moore-Orbih said the trauma of domestic violence is not limited to the directly affected.

“We end up having generations of people who have unresolved trauma in their lives,” she said. “I feel that society should recognize that this is not just about the family down the street or a particular community, but this is about the health of our nation.”

She later repeated the sentiment, driving the point home.

“Healing isn’t about survivors,” Moore-Orbih said. “It’s about everyone in the community.”

Recognizing that is “how we begin to prevent domestic violence,” she continued.

Yet society isn’t having the necessary discussions, said Rodriguez.

Rodriguez also said that depending on the criminal justice system — which has caused a lot of pain in communities of color — takes away from the healing and educational discussions communities should be having.

“We need to hold ourselves accountable for educating our youth, our daughters and sons, about domestic violence and prevention,” Rodriguez said. “We are the only ones who know our experiences and what it takes to survive.”

“We rely on systems … that have created pain and then want to keep us in that pain,” said Rodriguez.

Jerry Tello, founder and director of the National Compadres Network, honed in on the importance of community in addressing domestic violence.

Tello recalled his time as a youth in Compton and the community and family discussions he observed. He described seeing his mother and father talk to victims and their abusers outside of the confines of the criminal justice system.

“We did that. My mom did that. Our community did that. People of color did that for each other,” Tello said. “You want to talk about community process. There was a community process in that city of Compton where they said ‘high-risk,’ ‘dysfunctional,’ etc. There is blessing and medicine in those neighborhoods, but we demonize and don’t feel that we have the medicine within us.”

Moore-Orbih said there needs to be a dismantling of traditional hierarchies for the improvement of individual health.

She also said a major cultural shift is needed to make a difference.

“We worship power and control,” said Moore-Orbih. “When we stop worshipping that, we can begin to see change.”

This story has been updated with a new opening and additional reporting contributed by Danielle Parenteau-Decker.