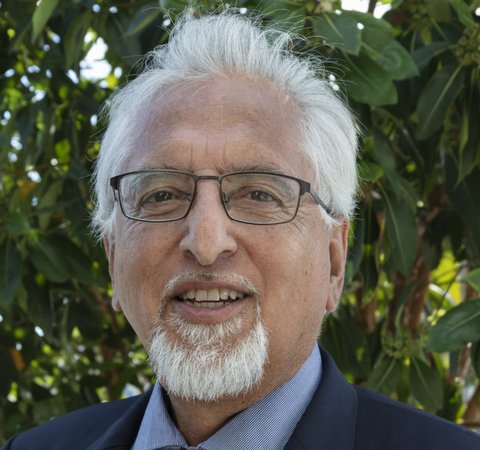 Editor’s note: Vice Mayor Eduardo Martinez, who is one of the leading candidates to replace the outgoing Mayor Tom Butt, spoke with Richmond Pulse recently. This conversation has been lightly edited for length and clarity.

Richmond Pulse: If you were elected as mayor, what would need to happen for you to consider your term a success?

Eduardo Martinez: Full employment. Our city is vastly understaffed. We have too many vacancies. The work that needs to be done to make Richmond an attractive city can’t be done because we don’t have the people doing the work. So I would like to see full employment of the staff. I would like to see a budget that reflects our values. I would hope that in my term as mayor, the public bank that we are trying to become part of will become a viable entity so that the money that we invest in the city can be taken out in loans from that bank so that the interest comes back to the community as opposed to what’s happening now. We have developments. We take out bonds, and those bonds have interest. And that interest doesn’t stay in the community. It goes out to the investors, whoever they may be. We need to keep our money in our community. And we can do that with the public bank.

RP: What do you propose to ensure the protection of Richmond’s natural spaces?

EM: I’ve already done a lot by ending the exports of coal and petcoke through the city of Richmond. And we need to hold Chevron accountable. I would like to see some sort of industrial risk combine or some mechanism that would provide moneys for any catastrophe that might befall the city because of negligence from the industry. Eventually, there will be no more oil. The petrochemical system will begin to collapse because of lack of a product. Instead of waiting for that to happen, we need to start planning how to make that transition from petrochemicals to renewables. That’s a conversation that has to happen communally. It’s a conversation that’s already started. But I would hope that the city could implement whatever needs to happen in order to make that transition. Some of that would be through exploring technology, welcoming green energy companies to Richmond so that we could become an environmental blue-green city.

RP: In previous elections, you’ve faced candidates that have been backed by donations from Chevron and succeeded. But for this particular mayoral election, do you think a rejection of corporate contributions will be enough? And how do you plan on soliciting funding for your campaign?

EM: I think Bernie Sanders showed that non-corporate campaigns can win. When I ran in 2014, he came here and spoke on our behalf. And I believe that of all places in the world, Richmond is a place that knows the power of the people, that our community will make the right decision. And that decision will be to vote for people who are not takers of corporate donations. So far, I’ve done well in getting money from individual donors. So I feel positive.

RP: What does Richmond mean to you, and what values do you believe best embody the city and its people?

EM: Richmond maintains diversity. Richmond means hope for the future. I think Richmond is a beacon. Richmond is a great example of how other cities can create people power, create community power, and use that to govern the city. That shows the values of the community.

RP: What are your strengths and weaknesses as a politician?

EM: My weaknesses? I think I have a hard time saying no. Whenever an issue comes up, I want to help solve it. So a lot of times I spread myself too thin. Because of that, I might drop some balls that I shouldn’t have dropped, so that’s something that I need to watch. With a good staff, I’m sure they’ll watch me and make sure I don’t say yes to things that I really haven’t much influence over.

My strengths, I think, are listening. As I said before, I grew up being an observer. If you watch City Council meetings, you’ll see that I don’t speak that much. But when I do, I have something to say. I hope that when I have something to say, it’s not something that’s already been said. I don’t think there’s a need to repeat the things that have been said. I don’t like to talk just for talking. I think it’s more important to listen and to evaluate what I hear. And when I say listen, I’ve watched debates and I can see people’s heads turning on, “OK, how do I come to that argument?” as opposed to really hearing what’s being said. And I try to do that — I try to hear what’s being said without thinking about countering.