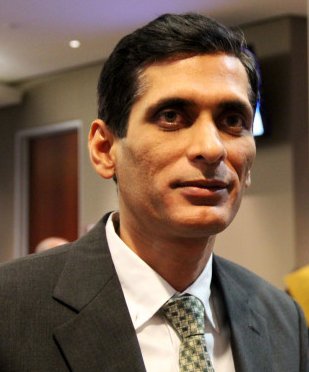 Public service: Appointed to City Council in 2015; volunteered for Writer Coach Connection, which assisted Richmond High students; mentored at risk youth with Richmond Police Athletic League; board member for Richmond Trees, Richmond Police’s crime prevention program, and the Richmond Museum; was a math tutor for the city’s Literacy for Every Adult Program.

Highest education:  Law degree from UC Berkeley; reached “All But Dissertation” status as a PhD candidate in English Literature at Rutgers University

Vinay Pimple: Being an attorney helps me understand the details of the laws. You are trained to think about unintended consequences: “What if you pass this law? The people for whom this law is intended — how will they respond to it? And based on that, will that law actually achieve the outcome you want.”

Because of my software engineering background, I can understand, I can analyze the numbers very well, which is particularly important for us because our city finances are in very rough shape, and they have been for the past five years or so. I served on City Council in 2015 and ’16’s eventual financial crisis.

RP: What are the two most pressing issues in the city, and what do you propose should be done about them?

VP: No. 1, we want more opportunities for our youth, in particular, but [also] for the people who live here, [in general]. The key things are education and new jobs.

I want to really encourage everyday people. I want to encourage all of us to try to mentor young kids. If enough of us can each be a guide to at-risk youth, we can break this problem.

We need to raise money for the city’s services because this year the budget was cut by over 7%. We have to be really good at raising money, and a lot of that has to do with encouraging business, building more housing in the city.

It will help us allocate resources in a fair way, so we don’t have as many cuts to services and so that all the employees are doing roughly equal amounts of work, instead of some departments [getting] cut randomly.

RP: And what is the most pressing issue in your district and how should it be addressed?

VP: Key thing, from a city perspective, is that in our district, we have 23rd Street, we have San Pablo Avenue and we have Macdonald Avenue — three of the city’s most important commercial corridors, and they are all underperforming.

The city is not particularly involved in small businesses, or any business, for that matter. That is one thing we have to change.

The city has to be more welcoming to small businesses and understand what their problems are. Aside from being a council member, I will make sure that there is very good interchange between small business and city staff.

RP: How can the city help residents and businesses survive the COVID-19 pandemic and then recover?

VP: We have to streamline the permitting process. It needs to be a bit of a one-stop shop, instead of having to go again and again and again, which often happens now.

The city itself is broke, so it can’t help the business financially, but we should really be doing everything else in our power to help them because small businesses are hurting the most.

We’ve got to help them help themselves. Programs like Richmond Build and Richmond Works, which help people find jobs or train people to get jobs, are the ones we need to focus on.

RP: What changes, if any, to policing would best serve the community?

VP: What we really need to do — and the crime prevention board, which I serve on, what we do — is try to make our community safer by building better police-community relationships.

You [make] the community safer through cooperation with the police, and we need to spread that model in all parts of our city.

The problems happen when they don’t know each other. Then, they have misconceptions about each other.

The key thing has to be to get the police and the community to know each other because I’ve seen it work.

RP: Why are you the best person to represent your district?

VP: I have the skill set, but also, what I want to draw attention to is, when I was in City Council in 2015 and 2016, we faced a lot of the same problems that we are facing now.

When I was in City Council, we passed a balanced police accountability measure. I approved the construction of more than 400,000 affordable housing units [and] hundreds of more market rate housing units. I have that record of promoting and making sure we build all types of housing.