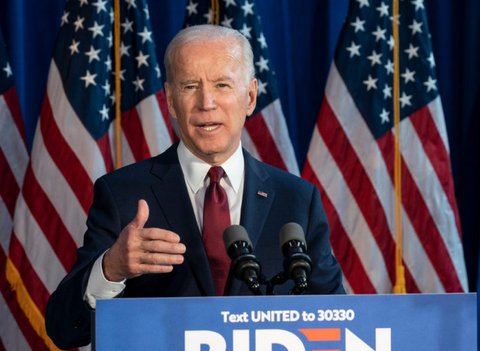 The incoming Biden-Harris administration has an opportunity to immediately revoke implementation of the public charge rule, easing anxiety for millions of immigrants who have denied themselves federal benefits over the past three years for fear of losing their ability to upgrade their immigration status.

“Public charge will be a front-burner issue for the new administration because it is so entwined with our current public health crisis and connected to the pandemic,” said Daniel Sharp, chief of the Office of Immigrant Affairs in Los Angeles County’s Department of Consumer and Business Affairs. “We do expect the new administration to prioritize the issue,” he said in an interview with EMS, noting that President-elect Joe Biden had committed to ending the rule while campaigning for office.

If Democrats take back the Senate with the Jan. 5 Georgia runoff election, the incoming Congress has an opportunity to permanently remove public charge from the immigration code, said Sharp. He noted that if it is not permanently removed, a future administration could once again implement the rule, which has had an enormously chilling impact on immigrants even before it was formally rolled out by the outgoing Trump administration.

“It is going to take a multi-year effort to undo the harm that this rule change has set in,” he said.

The public charge rule, which was introduced with the Immigration Act of 1882, is a means test used to determine ineligibility for immigration or residency status. The seldom-used rule can be used by consulates abroad to determine whether an applicant could ever become completely dependent on public benefits; and by U.S. Citizenship and Immigration Services to deny a green card to those unable to essentially pass a wealth test. Factors such as age, the ability to speak English and future earning capabilities are used as determinants of whether or not to grant a visa or green card.

Public charge is not invoked during the naturalization process.

Currently, more than 10.3 million immigrants use some form of federal benefits.

Manjusha Kulkarni, executive director of the Asian Pacific Policy and Planning Council, noted that when President Donald Trump hinted in 2017 that he was going to implement the little-used rule, “the news spread like wildfire in the immigrant community.”

Even before the rule was finalized in August 2019, immigrants began denying themselves federal benefits, including school lunch programs, and the Children’s Health Insurance Program, which are not considered in public charge determinations; immigrants nonetheless dis-enrolled their children from the benefits, fearing possible impact to their immigration status.

Kulkarni referred to data from Health Affairs which reported that 260,000 immigrant children had been dis-enrolled by their families from receiving Medicaid since 2018 and 70,000 children were no longer enrolled in SNAP.

A paper published by the Journal of Pediatrics in December noted the severe impact of the public charge rule on children. “By tying the use of vital public health programs to immigration and residency status, the Administration is forcing a choice between seeking critical services or securing status in the United Status,” said the authors of the study: Nina Patel, Swapna Reddy and Natalia Wilson of Arizona State University. They described the rule as impacting the most-vulnerable children in the nation.

“Current anti-immigrant sentiment, rhetoric and policy changes, such as the public charge rule, have resulted in a culture of fear, misinformation, distrust and isolation, all of which have health implications,” noted Patel, Reddy and Wilson.

Despite the current uncertain future of the rule, Kulkarni encouraged immigrants to avail of federal benefits, especially during the pandemic. “It is so important for all of us to stay as safe and as healthy as possible at this time, when we are living under the greatest public health crisis of our lifetime.”

“People should not go without meals, COVID-testing and care and housing benefits,” she said, noting that the Biden Administration is likely to take a “180-degree turn” to remove the rule.

Sharp noted that immigrants in California also began dis-enrolling from Medical, a state-funded program, for fear of losing their immigration status. “People were confused,” he said, adding also that students dropped their applications for federal scholarship programs, which are not considered in public charge determinations. Benefits were also dropped by U.S. citizen children living in mixed-status families with undocumented parents or siblings.

At the start of the pandemic, Sharp’s office began receiving a record number of calls from immigrants who were concerned about accessing benefits. “The people most impacted by the pandemic were not applying for public benefits,” he said.

Sharp characterized it as a “double whammy.” Undocumented people, despite being gainfully employed with deductions taken out of their paychecks, did not qualify for unemployment insurance benefits, and they were not accessing benefits for which they were qualified to receive, he said.

The public charge rule is written so as not to be invoked during a national crisis, but immigrants have little understanding about the nuances of the rule, said Sharp. National election results, which brought Biden to office, held out a glimmer of hope for immigrants “that better times are ahead in the near future,” he said, but added: “We have been down this road before. There have been so many moments of on again, off again in this tennis match of implementation.”

After the final rule was rolled out in August 2019, it was immediately blocked by several lower courts.

On Jan. 27, the U.S. Supreme Court granted the administration’s Public Charge: New Ethical Considerations for Adjustment Cases and allowed public charge to be implemented nationwide beginning Feb. 24, just as the COVID pandemic began to take force in the U.S.

On Nov. 2, the 7th Circuit Court of Appeals blocked public charge in Cook County v. Wolf. Amy Coney Barrett, now a Supreme Court justice, wrote the dissenting opinion, siding with the Trump Administration’s theory that immigrants must be able to prove self-sufficiency. That case will now be heard by a full panel in the 7th Circuit. Meanwhile, immigrants in Illinois, Indiana and Wisconsin must continue to file the I-944 form, a declaration of self sufficiency, with their adjustment of status applications.

On Dec. 2, the Ninth Circuit Court of Appeals, in the City and County of San Francisco v. USCIS, blocked the rule from being implemented in 15 states, including California.

Kulkarni said it is highly unlikely that the incoming administration will appeal the Ninth Circuit ruling. Consulates abroad have been blocked from implementing the public charge rule since July.