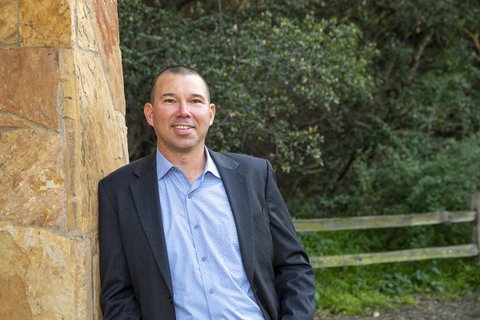 19 Jul Q&A: Shawn Dunning Made Richmond His Home. Now, He Wants to Lead It

Shawn Dunning says the “pendulum of party politics … turning into a wrecking ball” is part of the reason why he is running for mayor of Richmond. (Photo via Dunning’s campaign website)

Editor’s note: Shawn Dunning, a 46-year-old consultant who specializes in conflict resolution, is one of the leading candidates to replace the outgoing Mayor Tom Butt. He spoke with Richmond Pulse recently. This conversation has been lightly edited.

You can also read our Q&A with Vice Mayor Eduardo Martinez, another mayoral candidate. West Contra Costa school board member Mister Phillips, who is running for mayor as well, asked that our interview with him not be published. Dunning, Martinez and Phillips are all featured in profiles by the Pulse.

Richmond Pulse: Where are you from originally? When did you move to Richmond?

Shawn Dunning: I was born in San Francisco, but I’ve been all over the world, all over the country. Most of my childhood was up in the Sierra Nevada foothills between Sacramento and Lake Tahoe. When I went off to college in 1994, I went to Cal Poly San Luis Obispo, and since then, I’ve never been in one place more than three years until Richmond. So Richmond is the most home I’ve had in my adult life. And that’s been for the last six years since 2016.

RP: Why did you decide to run for mayor?

SD: I’ve spent my entire career doing conflict resolution and peace-building and collaborative leadership work. I’ve been in the NGO [non-governmental organization] world, and I’ve been in the corporate world. I’m now self-employed. But everything I’ve done for the last 20 years has been under the umbrella of really working toward a world that works for everyone. I’ve been to 49 states, over 50 countries. This is the kind of work I’ve been doing, and I love it.

I love Richmond. I spent my life traveling the world, and now I see the world in Richmond. I could not think of a better place to raise my kids. I have two young daughters; they’re 6 and 9. I don’t want to be in a place where we all look and think the same. And so I love the diversity of Richmond, the true, true diversity, in so many ways. I’m proud to be here. I’m happy to be here. I love my community.

Then, I start to see what’s going on with our local politics, and I get very concerned. Specifically, I get concerned by the fact that we have elected leaders who appear to not really care. I mean, I shouldn’t ascribe that motive, but from all indications, they seem to do whatever they want, regardless of what their constituents want. I find that just extraordinarily troubling. I’ve worked in places like Kosovo, Rwanda, East Timor and Indonesia, and I’ve worked in the Middle East. And I’ve been to places where this type of stuff leads to civil war. And frankly, I see Richmond as a microcosm of our country. I see it as happening on a national level with the tribalism and divisiveness. I just feel driven to try to help.

Here in little old Richmond, I see the same type of dynamics where ideologically driven leaders push their agenda. Even if I personally might agree with what they’re after, the way they do it causes more division and backlash. It’s like this this pendulum of party politics just swings back and forth, and it’s turning into a wrecking ball. It really concerns me, and I feel that I have a skill set that can help.

In another time and place, I would not be relevant, and I probably wouldn’t want to run. This was never about me wanting to just grow up and be mayor or something. Sometimes, some old, wise person will say, “You know, you should start off by joining the commission and then maybe run for council and work your way up.” That’s not my story here. This is not about me wanting to get into politics or wanting to grow up to be mayor. This is about seeing a crisis, realizing I have a skill set to help and wanting to help, and going all in and doing that. I’ve never felt so motivated to apply all that I am and all that I know to something that matters.

RP: What does Richmond mean to you? Why did you move here and what values do you think best embody the city and its people?

SD: The very first thing that comes to mind is diversity. Some website called finder.com named Richmond as the most diverse city in the country. I find that extraordinarily inspiring. I’m very proud of that, and I love telling people about that. If I were to choose [the criteria for] where I want to live, that would be one of the highest on the list. As I said before, I don’t want to live in a place where we all think and kind of look the same. Frankly, maybe that has something to do with the fact that I grew up in a place that was not particularly diverse.

Until I got to college, most people looked pretty [much the] same around me. Then, my adult life has been all about exploring the world and building relationships across cultures and different ways of thinking. As I’ve said, I’ve spent my career traveling the world, and now I see the world in Richmond. With that, however, comes a lot of challenges and conflicts. Differences can lead to conflict when we don’t manage them effectively, when we don’t have collaborative leadership that truly listens and convenes all voices. So part of what I see here is a challenge. I see an opportunity here. I see an extraordinary amount of potential.

RP: If you were elected, what would your first order of business be?

SD: Probably my first order of business would be to convene a comprehensive meeting of all the stakeholder leaders within the city. That would include city government as well as community leaders, both formal and informal. Basically, anyone who has influence over others, anyone who has demonstrated an ability to lead and guide people toward a common goal and who cares. That would be probably the very first thing — to pull that meeting together and to start building some goodwill toward working toward some common ground initiatives. I’m under no illusion that that would be easy. Some people tell me, “Oh, Shawn, they won’t come to the table.” But I’m sorry, I won’t believe that till I see it. So my first order of business is to invite everyone to the table.

RP: What do you think your strengths and weaknesses are as a politician?

SD: They may be similar. I’m very idealistic. And yet I’m very realistic. But what that means is if I aim really high, I understand that it takes an extraordinarily high degree of work and effort to get there. My weakness, quote, as a politician would be that, well, frankly, I’ve never been a politician. That’s not lost on me. But I accept that, and I think that’s also, in some ways, a strength because I’m bringing a new vision, a new approach to how we could do things more collaboratively.

I’m not restrained by doing things the way they’ve always been done. So I don’t want to throw that all out. I’m not saying that there aren’t some good things that could be learned, and I look forward to leaning on others like Nat Bates who have been in the business for years.

But by no means am I simply going to follow the template that they’ve always followed. So I think my strength is my determination to do things collaboratively and to really bring a vision for collaborative leadership into politics in a way that’s never really been done before, as far as I can tell. And I’m pretty darn committed. I don’t give up. I will work harder than anyone, and I will constantly believe that we’re capable of more than we give ourselves credit for. Call that optimism if you want.